A quarter-mile-long line formed outside M&T Stadium starting at 4am. Sort of like waiting for iPhones, but better 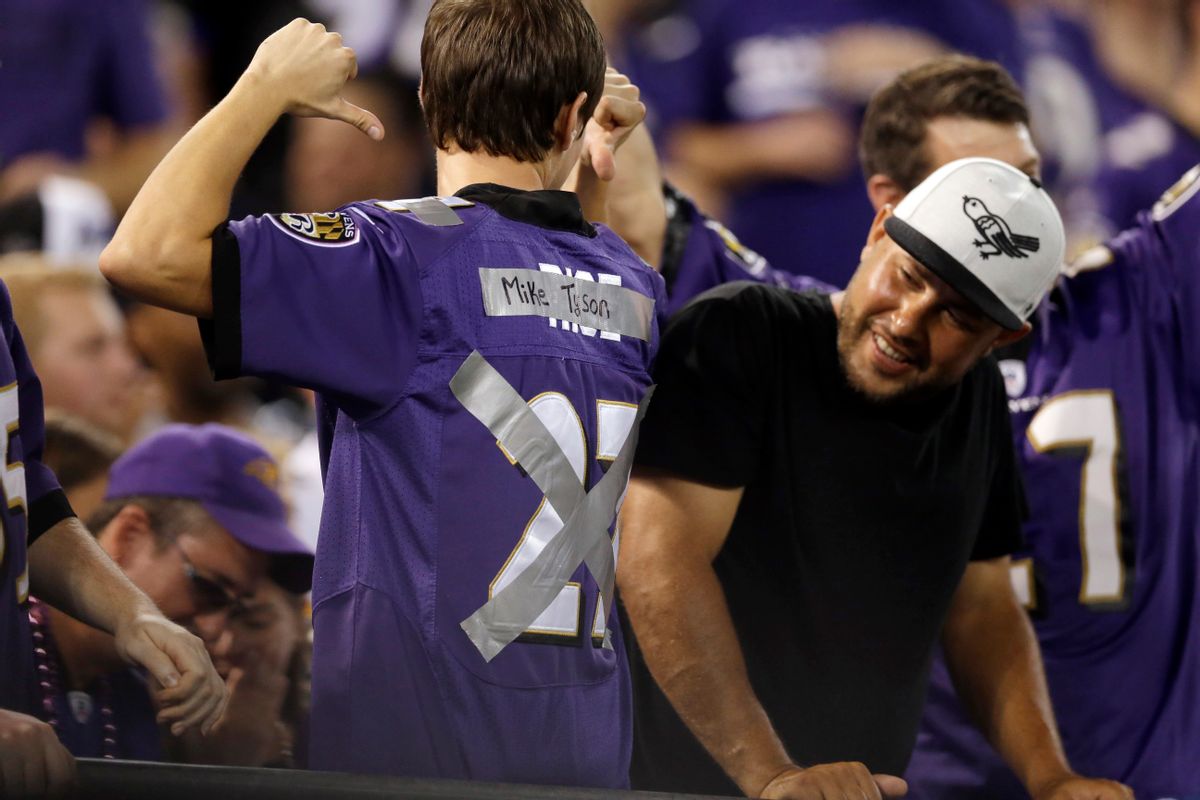 On the same morning that they could've been standing outside an Apple Store waiting to get their hands on a new iPhone, hundreds and hundreds of Baltimore Ravens fans lined up outside M&T Stadium instead, waiting to trade in their Ray Rice jerseys. After the running back was released from his contract with the team last week for physically assaulting his wife, the Ravens offered fans the opportunity to exchange their Rice jerseys for the jersey of another player. The exchange event began at 8 AM on Friday, but a Ravens spokesperson told the Baltimore Business Journal that fans started lining up at four in the morning.

As photos from the event show, the line -- which reportedly stretched a quarter-of-a-mille outside the stadium -- appears to have been filled with Ravens fans of all sorts -- men, women, children, dogs, etc. The sheer size and diversity of the crowd are both heartening signs that the public is losing its tolerance for domestic violence. If that's the case, then the NFL will also have to face the reality that intimate partner abuse (and other forms of violence) are unacceptable and should be punished accordingly. Apparently, the league has yet to come to this conclusion; thankfully, its fans have.