From "Superman" to "Captain Marvel," comics have offered some surprisingly artful, sensitive takes on the disease 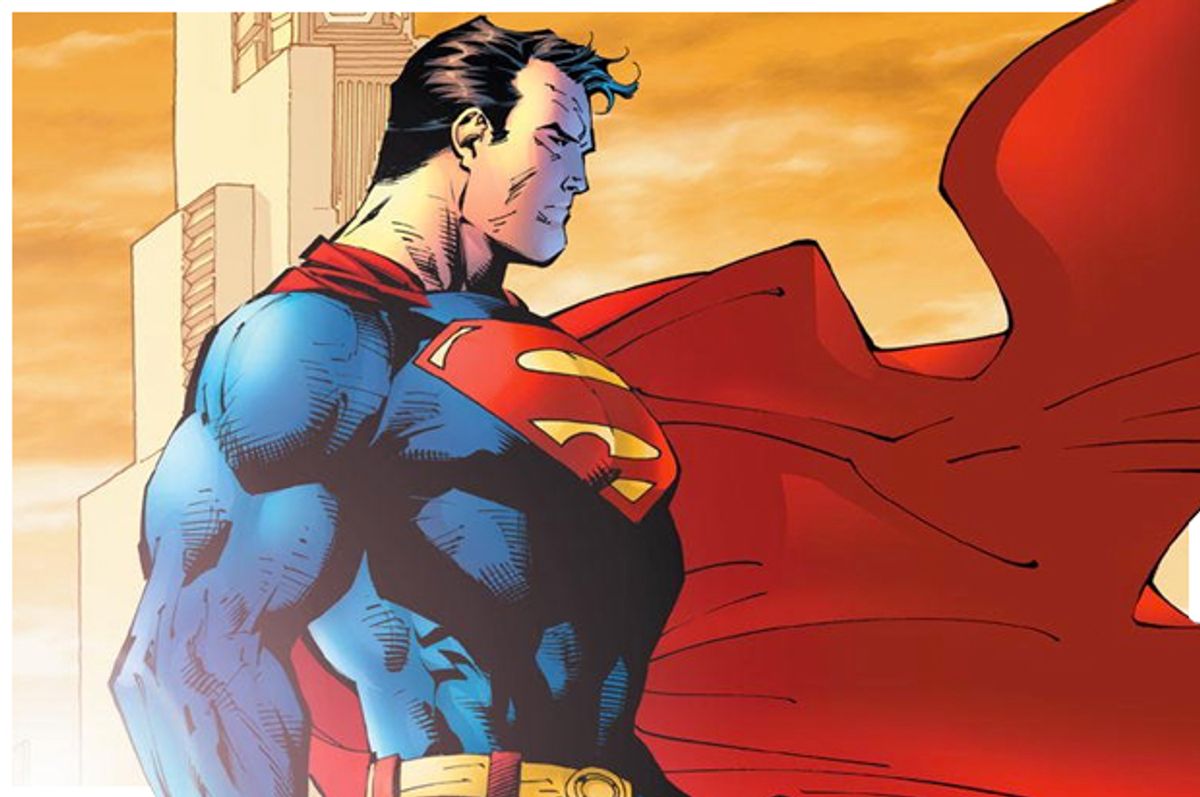 As artistically interesting as comics can be, let’s face it: they are mainly a means of escape. When I'm in a funk, I love being taken away by Walt Simonson’s version of Norse mythology, Matt Faction and Howard Chaykin’s black-and-white look at fifties TV, or Skottie Young’s exuberant new series starring movie star Rocket Raccoon.

But sometimes comics take on a real-life villain and do it well. I’m talking about cancer.

My dad was recently diagnosed with prostate cancer, so the c-word is on my mind. Thankfully, they caught it early, so his prognosis is excellent, but it got me thinking about how well comic books — particularly Marvel, for some reason — have dealt with this horrible disease. Here’s a look at some of the comic book characters who have battled a villain scarier than the Joker, Dr. Doom and the Brotherhood of Evil Mutants combined.

Played by Natalie Portman in the “Thor” movies, Jane Foster has been a love interest for Thor since she was introduced back in 1962. Back then, Thor had a mortal form he turned into when he slammed his hammer onto the ground: Dr. Donald Blake, who fell for Nurse Jane Foster. The romance led to drama, since daddy Odin was not cool with his son dating a Midgardian. I guess old gods tend to be as racist as old people. Anyway, Foster later becomes a doctor herself, and during the current run on Thor by Jason Aaron, she reveals to Thor (still a close friend) that she has breast cancer, and she’s currently undergoing treatment. Her courage and Thor’s powerlessness have been damn poignant. Foster recently joined the Council of Worlds as Earth’s representative: the Council is kind of the UN for the nine worlds of Norse mythology. I’m not sure where that storyline is leading, but I can’t imagine a better representative of our planet.

The original Captain Marvel (well before the current Carol Danvers) was a Kree warrior named Mar-Vell, and he died of cancer in the aptly titled graphic novel “The Death of Captain Marvel.” This is one of comics legend Jim Starlin’s greatest works, showing that a writer/artist known for his cosmic stories is just as good at telling the most human story of all. Throughout the comic, Marvel’s greatest heroes search for a cure unsuccessfully, as close friends of Mar-Vell such as Rick Jones deal with the grief and try to help their friend cope.

In possibly the greatest Superman story ever — Grant Morrison and Frank Quitely’s “All-Star Superman" — Lex Luthor uses Superman’s alien cells against him by forcing him to absorb too much solar radiation, which gives Superman cancer. This elseworlds story shows Superman trying to do the most good he can, for everyone from Lois Lane to the bottle city of Kandor, before his death. Despite cancer, this story is tremendously fun and uplifting, as Morrison and Quitely celebrate everything great about Superman, including the kindness of the Kents, the loyalty of Krypto, the arrogance of Luthor and the absurdity of the Bizarro World. I won’t spoil the outcome of the story, but there’s no cop-out to be found.

Most comic book portrayals of cancer are realistic and powerful. But not all. Sometimes the absurdity of comics infects a subject that deserves serious treatment, like in “Spider-Man: Reign,” a tale of a future Spider-Man that tried to be “The Dark Knight Returns” of Marvel. When an older Peter Parker holds Mary Jane Watson’s lifeless body, he exposits, “The doctors didn’t understand how it happened! How you had been poisoned with radioactivity! How your body slowly became riddled with cancer! I do. I was... I am filled with radioactive blood. And not just blood. Every fluid.” Yikes. Peter Parker killed Mary Jane with radioactive semen. Let’s just move on.

That Spider-Man story was the most ridiculous cancer story in comic book history, so let’s consider the most real: the late Harvey Pekar’s autobiographical graphic novel “Our Cancer Year,” which was written with his wife Joyce Brabner and illustrated by Frank Stack. As usual, Pekar finds the tragicomedy in everyday life, even when the circumstances are learning decidedly toward the tragic. Pekar’s cancer would eventually return, but it didn’t kill him: he died of an accidental drug overdose.

In this new Dynamite series written by Peter Milligan and illustrated by Piotr Kowalski, Dr. Rory Fletcher develops brain cancer, then takes a chance on an experimental treatment. Since this is a comic book, the treatment results in Rory developing strange, hard-to-control abilities that bring out Rory’s dark side, to say the least. Milligan has described the series as “a kind of sexy, rude punk SF/Horror fable about modern life. It's also a very fucked up take on the idea of the hero.” I’m curious to see where this one goes.

The immortal Steve Ditko — co-creator of Spider-Man and Dr. Strange — also created The Question, a.k.a Vic Sage, a Charlton Comics hero later acquired by DC. In the series “52,” Sage suffers from lung cancer while training former cop Renee Montoya to take his place. The heroic transition from Sage to Montoya is a far more real scenario than is usually allowed at DC or Marvel, where the original version of a hero is continually de-aged, and replacements typically last as long as hairstyles. Sage and Montoya’s story was refreshingly real.

Mark Waid and Chris Samnee’s run on “Daredevil” has been celebrated for bringing swashbuckling fun back to a character who was stuck in doom-and-gloom mode for decades. But it hasn’t been all good news for blind superhero Matt Murdoch, as his best friend Foggy Nelson has been diagnosed with cancer, specifically Ewing’s sarcoma. This has been absolutely heartbreaking, as Foggy is one of the most lovable, sympathetic characters at Marvel. Foggy has sometimes been used for comic relief (he’s a bit of a klutz) but he’s also been a great lawyer and a better friend to a superhero who isn’t always a superfriend. As Brett White discusses, you can’t have too much Foggy. It’s usually awful to bring superhero science anywhere near a subject like cancer, but I don’t care in this case. Foggy must be cured, and I don’t care if it takes Dr. Strange making a pill out of Pym Particles and an Infinity Gem to do it.