Meet the man who refuses to shower for 128 days 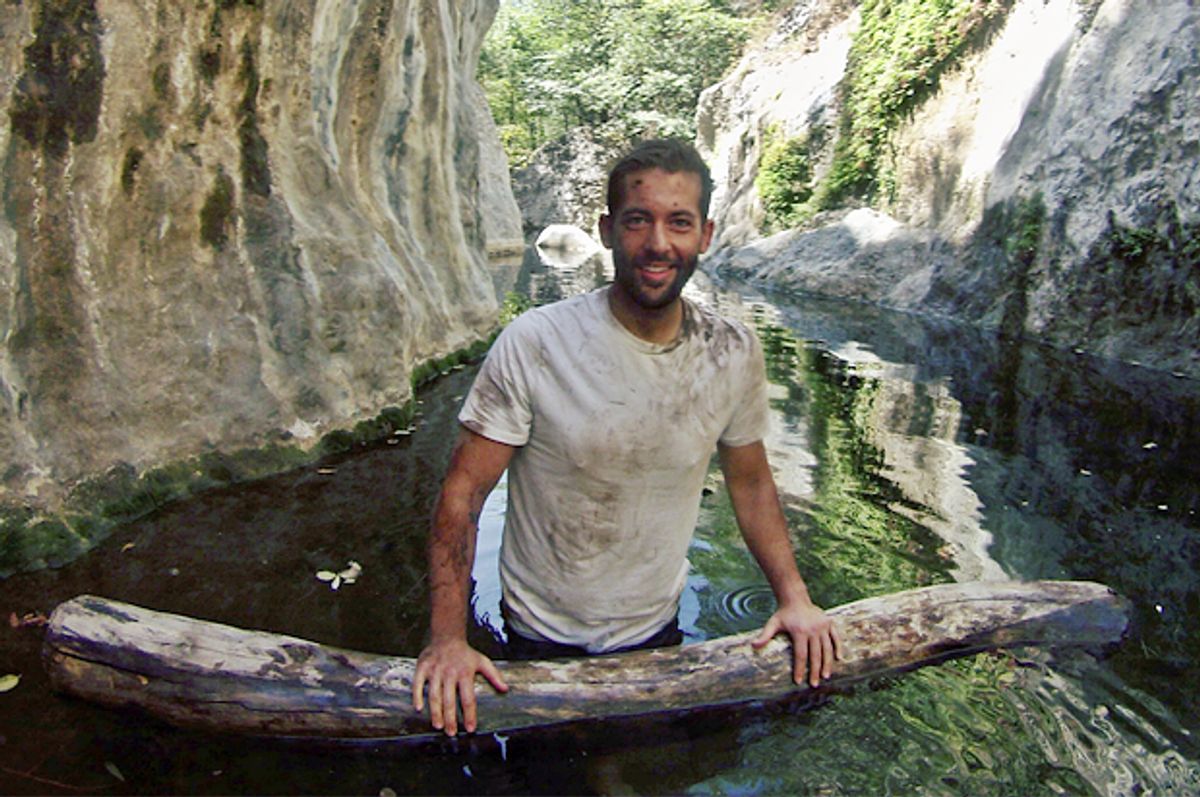 Cody Creighton is in the midst of a 128-day challenge of no showering or bathing -- but somehow he doesn’t smell.

The ambitious (if bizarre) project comes in the middle of one of the worst droughts California has ever seen. Creighton, an avid hiker and biker, was devastated to see his hometown of Ojai, Calif., withering away in the parched heat, so he decided to do something about it. Creighton's project has garnered national attention--some positive, and some, well, less positive — but the 23-year-old Californian doesn't mind, as long as it means that more people are thinking about the issue of water conservation.

Salon spoke with him about social media activism, his haters and the ice bucket challenge. This interview has been lightly edited.

What prompted you to undertake this challenge?

California is in an historic drought right now; it's so devastating. And I spend a lot of time outdoors. I hike. I run. I ride my bike and I'm always at the beach. So seeing everything dry up in my town of Ojai earlier this summer, I decided to stop showering for a week. And after I did that, it turned into a month and I just kind of kept going. By day 50, I decided to start a campaign on Instagram where using photos I uploaded if people would re-post it with the hashtag #OneDayDirtier within that 48 hour timespan, I would go one more day without showering on their behalf. And that's how this all started.

The whole thing was to use social media to bring awareness to the drought that California is having because I realized that people, especially my age — I'm 23 years old — they don't necessarily pay attention to a lot of important issues going on because they're so focused on whether it's Facebook or Instagram or Twitter. And we are in an age where people spend a lot of their time focused on social media. So I thought, what better way to bring awareness to the drought then to bring it into social media in that way.

What has been the general reaction?

The general reaction in my community has been great. People are really supportive. They think it's really awesome. Ever since it's kind of gone national, the reaction has been interesting. It's definitely different by whatever region people are in. There are some people that have surprised me that I've read comments from all over the country, people that are really not supportive. They actually kind of hate what I'm doing which is surprising to me because it really doesn't affect them. But I don't focus on that and I'm really lucky to have so many people that have started following me on Instagram, which is @Creigh, and commenting me and sending support and really nice messages about what I'm doing and the whole point is to get people to be talking about unconventional ways to save water. I'm not asking other people to give up showering. I'm not saying that by me not showering for 128 days will solve the water crisis we're having in California, but the whole point is to create buzz and get people talking.

What are the specific rules of your challenge?

For what I'm doing with the no showering or bathing thing, is I can only bathe myself in water that's already there. So I'm not taking showers and I'm not bathing or hosing myself off or anything. I'll go to the beach or to water holes or to friends' swimming pools and things like that. I even went so far as to—I was walking in my friend Jennifer's neighborhood and her neighbors had their sprinklers on and (laughing) I even went in those one time. The whole point is—it's meant to be a fun and funny way to bring awareness to the drought. I don't mind that people are poking holes and making fun of me; that's the point. It's supposed to be kind of funny what I'm doing.

How much water will be saved?

I've done estimates and they're strictly estimates. I don't know for sure how much water I'm saving by doing this but I've estimated by the end of my 128 days without showering, that I would save a little over 7,000 gallons of water.

You speak a lot about social media activism... Do you have any problems with the ice bucket challenge in terms of wastefulness?

You're the first person to ask me that. That's surprising. The ice bucket challenge, I will never talk badly about any sort of charity awareness. So the point of the spreading awareness for ALS is fantastic. I wish, though, it could have been done another way because of our water shortage. But the fact that people were bringing awareness to ALS through social media is fantastic. I just wish a lot less water could have been wasted in the process.

How has the drought affected you and your community?

I live in Ojai, California, which is a little over an hour away from LA and my community has been hit really hard. Our water source is from Lake Casitas, which is a lake in our town and the drought has drastically shrunk the lake. All the of the tap water in our town right now has a sulphur taste and smell to it because the water turnover is getting really, really bad. We're a huge hiking community and outdoors community and all of our hills have really dried up and a lot of our water holes have dried up, so it's been pretty devastating to my community. ... I've lived in Ojai my entire life and this is the driest I've ever seen it.

What do you recommend the average person do to help raise awareness or embark on one of these projects themselves?

I think that right now, there are basic ways to be saving water, such as not washing your car or letting your lawn die. But what my campaign is really — what I hope the focus is on is finding unconventional ways to save water and getting creative with it. Like before you take a shower, catch the cold water before it gets hot in a bucket and use that to water plants or whatever. Also there's something called a military shower where you rinse yourself off, turn off the water, soap yourself up and then turn the water back on to rinse off the soap. Those are really easy things to do that people need to start being more aware of. I would love — because my campaign uses the hashtag #OneDayDirtier, I hope people around the country, especially in California, whenever they use a creative way to save water and they want to show it off on social media, to use the hashtag #OneDayDirtier and join into the conversation and movement of people who care about the environment and want to show off what they're doing to help protect it.