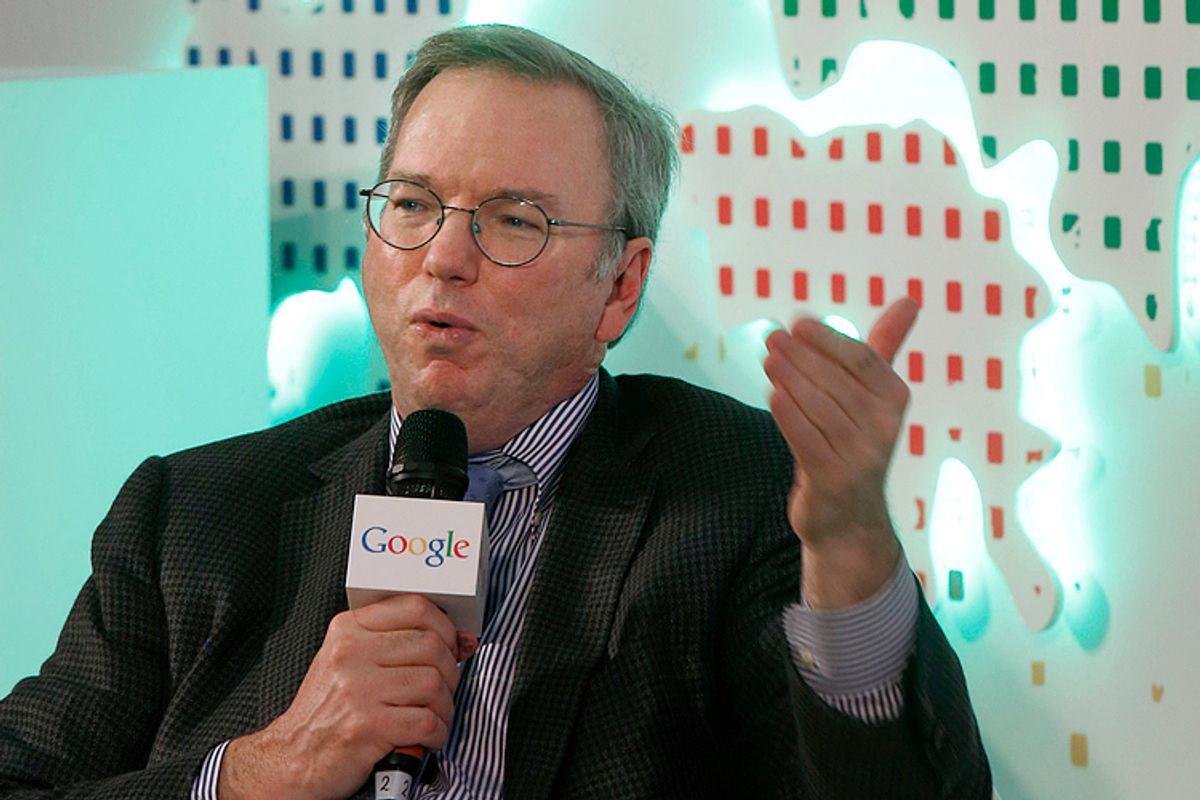 Google joined the ranks of a growing number of major corporations on Monday when it announced that it was ending its affiliation with the right-wing American Legislative Exchange Council (ALEC), with Google chairman Eric Schmidt citing ALEC’s pattern of “lying” about climate change.

Speaking with NPR host Diane Rehm, Schmidt announced that the company plans to leave the nationwide network aimed at implementing a conservative social and economic agenda “in the future,” although Schmidt didn’t say when Google would formally break ties with ALEC.

Asked what had prompted Google to join ALEC — which gained notoriety in 2011 for its role in influencing union-busting legislation in Wisconsin but has been operating for four decades — Schmidt said that Google “has a very strong view that we should make decisions in politics based on facts.”

“And the facts of climate change are not in question anymore,” Schmidt went on. “Everyone understands climate change is occurring, and the people who oppose it are really hurting our children and our grandchildren and making the world a much worse place. And so we should not be aligned with such people—they're just, they're just literally lying."

Schmidt’s announcement comes on the heels of Microsoft’s announcement last month that it was parting ways with ALEC; the two companies had both been on ALEC’s task force for communications and technology. Confronted by mounting public pressure, companies like Coca-Cola, General Motors, Bank of America, and Proctor & Gamble have also severed ties with the group.

Besides its anti-union, anti-climate science, and anti-Obamacare activities, ALEC helped craft voter suppression initiatives and “stand your ground” laws, only abandoning support for such policies in the face of public protests. And while the group typically isn’t associated with social conservative crusades, a 1985 ALEC document warned of the growing influence of “the homosexual movement,” grouping gay people into six categories: “the blatant, the secret lifer, the desperate, the adjusted, the bisexual and the situational.” It wasn’t until progressive groups began calling for boycotts, however, that ALEC member corporations started jumping ship en masse.