My Tea Party uncle turned on me: The personal tale of a close Texas family

My family could never be closer -- we did everything together. Until the political emails started to hit my inbox 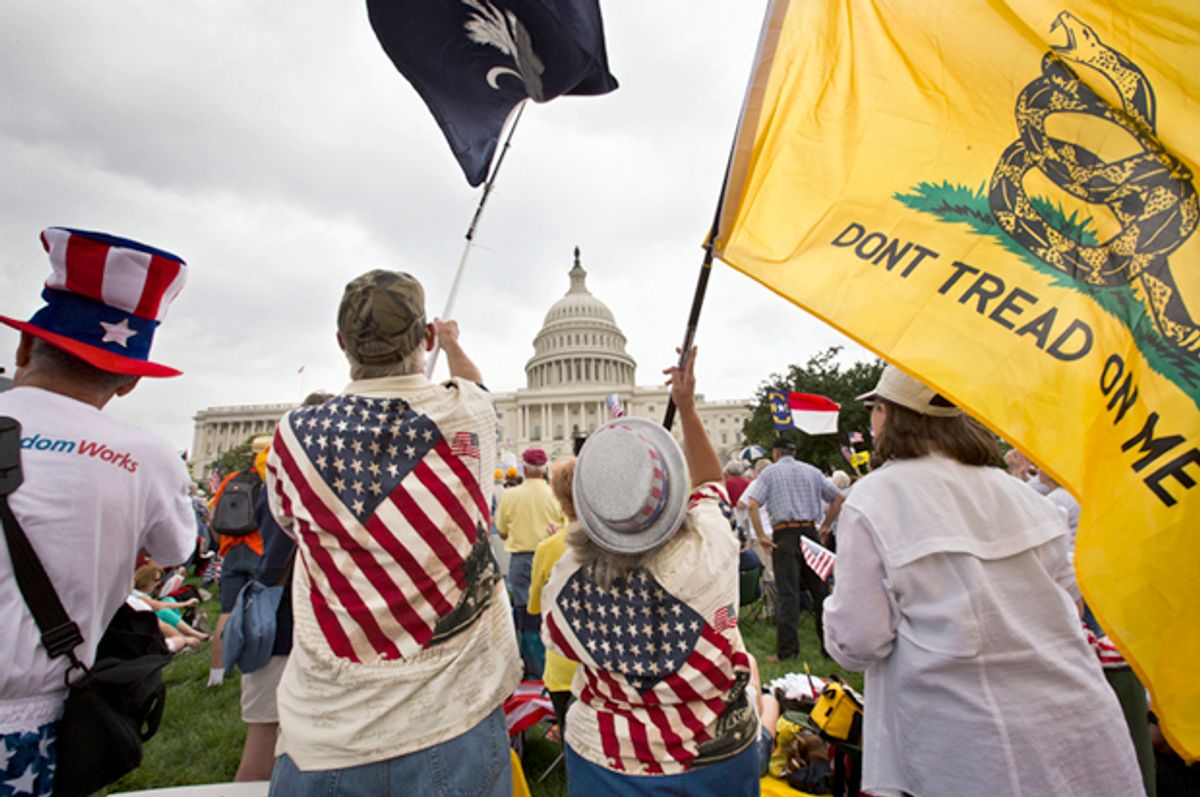 I grew up in a tight-knit family in Texas. My dad had lots of brothers and sisters, I had dozens of cousins. Weekends and holidays were spent with our relatives playing horseshoes, dominoes, softball, cooking and fishing. I knew where my aunts kept their measuring cups and where my uncles kept their horseshoe sets. We were all pretty close. Time has sent us all in many directions and most of our aunts and uncles are gone now, including my father. At our recent reunion in July in Texas, my shrinking and aging family sweated in front of box fans, barbecued in the heat, drank beer, cackled and caught up with each other.  We shared pictures and sweaty hugs and no one discussed politics.

At my youngest uncle’s request, I made the rounds at the reunion gathering everyone’s email address so we could all stay in better touch. I interrupted each relative’s gabbing and eating to write their email address down on the damp, sweaty paper. Dutifully I delivered the list to my uncle. I may be 56, but I am a niece and do what I’m told by my aunts and uncles. We all left the reunion with smiling promises to keep in better touch via email or snail mail, and get together again next year.

Growing up, uncles were an extension of my gentleman father.  Uncles chased me, hit balls with me, complimented and teased me.  While my aunts fed me popsicles and tended to my wasp stings and bloody knees, my uncles knew I was tough and teased me about my tomboy abilities. They liked it that I baited my own hooks, went seining for hellgrammites with the boys and could catch their fly balls in the outfield with my bare hands.  While the last living brother whose name means "bully" looks more like my dad every day, the extension of my father stops there.

After the reunion I began receiving political emails from this uncle. The emails were sent -- you guessed it -- to those on the list I gathered at the reunion, and to others whom I do not know. The content of the emails were angry, hateful, bitter, spiteful, and full of the typical Tea Party rhetoric seemingly so common among uneducated white men from rural counties.  I was reminded in these emails, again and again, that "Obama is a constitution shredding Muslim and is destroying our country!” After receiving several of these hateful emails, and after getting more of the same from people I did not know, I "replied to all" asking to be removed from the mailing list. My exact and only words were, “Please remove me from this mailing list, thank you.”

My uncle-that-I-recently-hugged emailed me back and angrily expressed his incredulity to my request. His anger took me by surprise as I read comments such as … I must have wanted to get back at him. I must not want to know the truth about our country. I should know that his friends on the mailing list had not-so-kind things to say about me. I drank the entire pitcher of Obama Kool-Aid.  I should also know that he has opinions about non-Christian abortion-loving gay marriage-supporting liberals and that is, we are doomed to hell. Therefore, he will never email me again on any matter, will never speak to me again, and cannot pray for me because I cannot be a liberal and a Christian at the same time. He promised to not waste his time praying for me or ever speak to me again.

Excuse me? So, at the next funeral (a family reunion if there ever was one), he will not acknowledge me? He will shun me as he passes out bulletins?  Ignore me over the white bread pimento cheese sandwiches served at each and every funeral by the Lutheran ladies?

I wasn’t aware of his political leanings, but assumed that he and most of my older relatives share a similar conservative viewpoint. I also assumed that since my deceased father and the other four deceased brothers were all gentlemen, that this last brother was a gentleman also.  I have never mentioned my views or spoken to him about politics. I know better. What I didn’t know is that my father’s last living brother could turn on me in such a hateful manner. I couldn’t have been more benign in my request to be taken off the mailing list, and he couldn’t have been more hateful in his response. It’s as if one of my favorite aunts had a jar of homemade dill pickles that she refused to share with me because she heard I was a liberal.

A man I looked up to has written me out of his life simply because we have different opinions. He has pronounced me unworthy. I don’t need his prayers, I don’t need his approval. I’m not sure I even want my uncle back. I do, however, want to be an unconditionally loved niece again.  I wonder how common it is for nieces, nephews and cousins to find themselves the recipient of anger and hatred as a first response from Tea Party conservative relative? Like ripping off a band-aid, when Tea Partyers refuse to enter a debate in good faith and turn on family members with uncalled for anger and hatred, nieces like me find themselves stripped of a family bond once thought unbreakable.