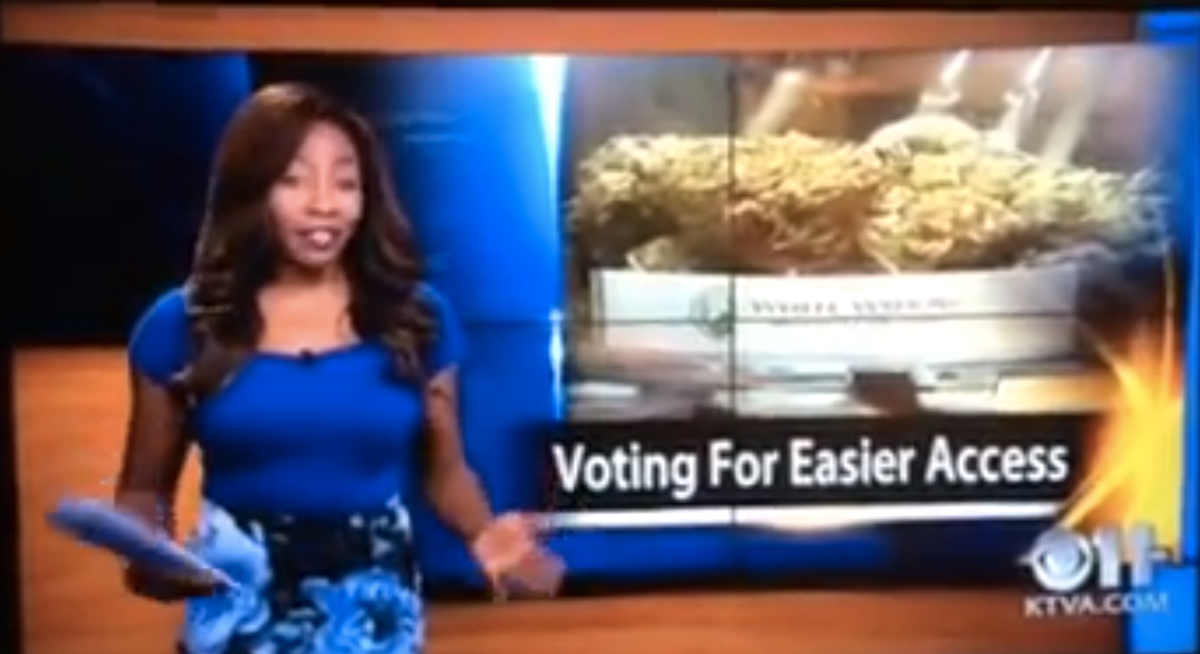 On local Alaska news station KTVA's Sunday broadcast, reporter Charlo Greene quit on-air after admitting that she was the owner of the Alaska Cannabis Club. The broadcast had reported on the club and following the pre-taped segment, Greene addressed viewers.

"Now everything you've heard is why I, the actual owner of the Alaska Cannabis Club, will be dedicating all of my energy toward fighting for freedom and fairness, which begins with legalizing marijuana here in Alaska. And as for this job, well, not that I have a choice but, fuck it, I quit." And with that, she walked off camera.

According to Alaska Dispatch News, Greene explained her choice for such a dramatic exit: "I wanted to draw attention to this issue. And the issue is medical marijuana. Ballot Measure 2 is a way to make medical marijuana real ... most patients didn't know the state didn't set up the framework to get patients their medicine."

The network apologized for Greene's profanity on its Facebook page with the statement, "We sincerely apologize for the inappropriate language used by a KTVA reporter during her live presentation on the air tonight. The employee has been terminated."

Make sure to watch the video below until the end -- the anchor's discomfort after Greene's resignation is pretty spectacular.