Will allowing women to join the school's notorious "Rape Factory" do anything to curb sexual assault? 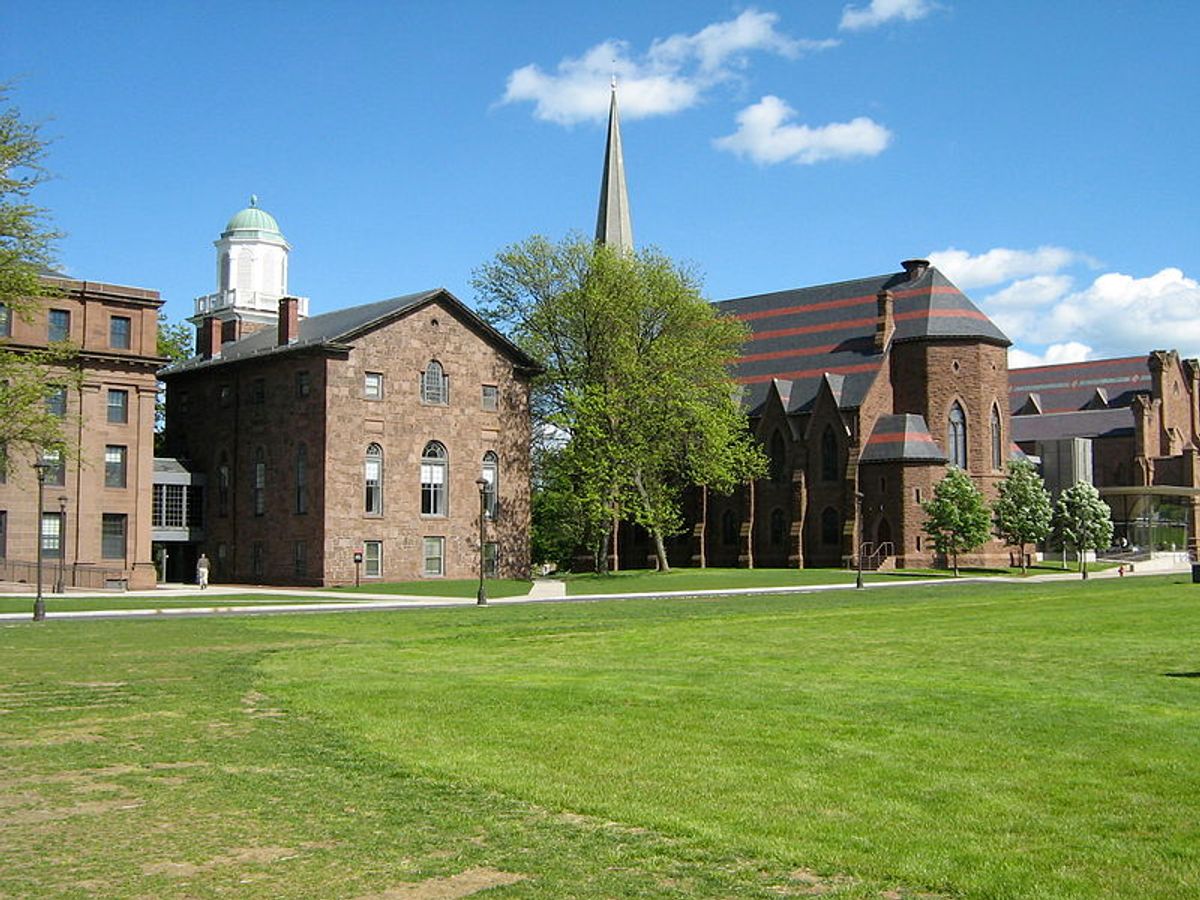 Wesleyan University, which has become notorious for its small but dangerous Greek scene, has announced that residential fraternities affiliated with the school will be required to welcome female members within the next three years. The move, which has reportedly been in the works for some time, was announced via campus-wide email (and reposted by the blog Wesleying) by the Board of Trustees on Monday, and has already been lauded for potentially increasing safety, security and equality on campus:

To the Wesleyan community:

As you may know, we have been considering the future role of Greek life at Wesleyan, and over the summer a great many Wesleyan alumni, students and faculty offered their views. Some have urged that we preserve the status quo; others have argued for the elimination of all exclusive social societies. The trustees and administration recognize that residential fraternities have contributed greatly to Wesleyan over a long period of time, but we also believe they must change to continue to benefit their members and the larger campus community. With equity and inclusion in mind, we have decided that residential fraternities must become fully co-educational over the next three years. If the organizations are to continue to be recognized as offering housing and social spaces for Wesleyan students, women as well as men must be full members and well-represented in the body and leadership of the organization.

This change is something that Wesleyan and the fraternities have been contemplating for many years, and now the time has come. The University looks forward to receiving plans from the residential fraternities to co-educate, after which it will work closely with them to make the transition as smooth as possible.

Our residential Greek organizations inspire loyalty, community and independence. That’s why all our students should be eligible to join them. Although this change does not affect nonresidential organizations, we are hopeful that groups across the University will continue to work together to create a more inclusive, equitable and safer campus. We look forward to working with all campus constituencies to improve the residential experience of Wesleyan students now and for generations to come.

Wesleyan fraternities have become emblematic of many larger issues that dominate Greek scenes on campuses across the country, particularly sexual assault. One of the residential frats, Beta Theta Pi, has become known as the "Rape Factory," and was shut down by the school after a woman fell from one of its third-story windows. The new rule, which the Beta House says it's currently reviewing, does not expressly shut down the frat houses where such dangerous incidents so commonly occur, but makes it unlikely that they'll be able to stay open. Business Insider points out that many of the fraternities' national organizations do not allow women to be admitted, and could no longer recognize specific chapters that do. (As the executive director of Psi Upsilon told Business Insider, though, the national organization will support the Wesleyan chapter's decision either way.)

If the residential fraternities do stay open, however, and begin to welcome women, it will be interesting to see whether the change actually does increase "equity" on campus, as the Board of Trustees has suggested it might. The move will no doubt make a fundamental change to the insidious, sexist culture of Greek life at Wesleyan by eliminating opportunities for future "rape factories" to exist. At the same time, it will force male-dominated organizations to welcome women seemingly for the sake of representation and equal access, which do little to further the cause of actual equality. Achieving parity in membership will not relieve the organizations of sexism automatically. Equality is not just about opening doors to women, but about recognizing what it really means to welcome them.