The U.S. expands its fight against the militant group -- while Congress has voted on neither the strikes nor war 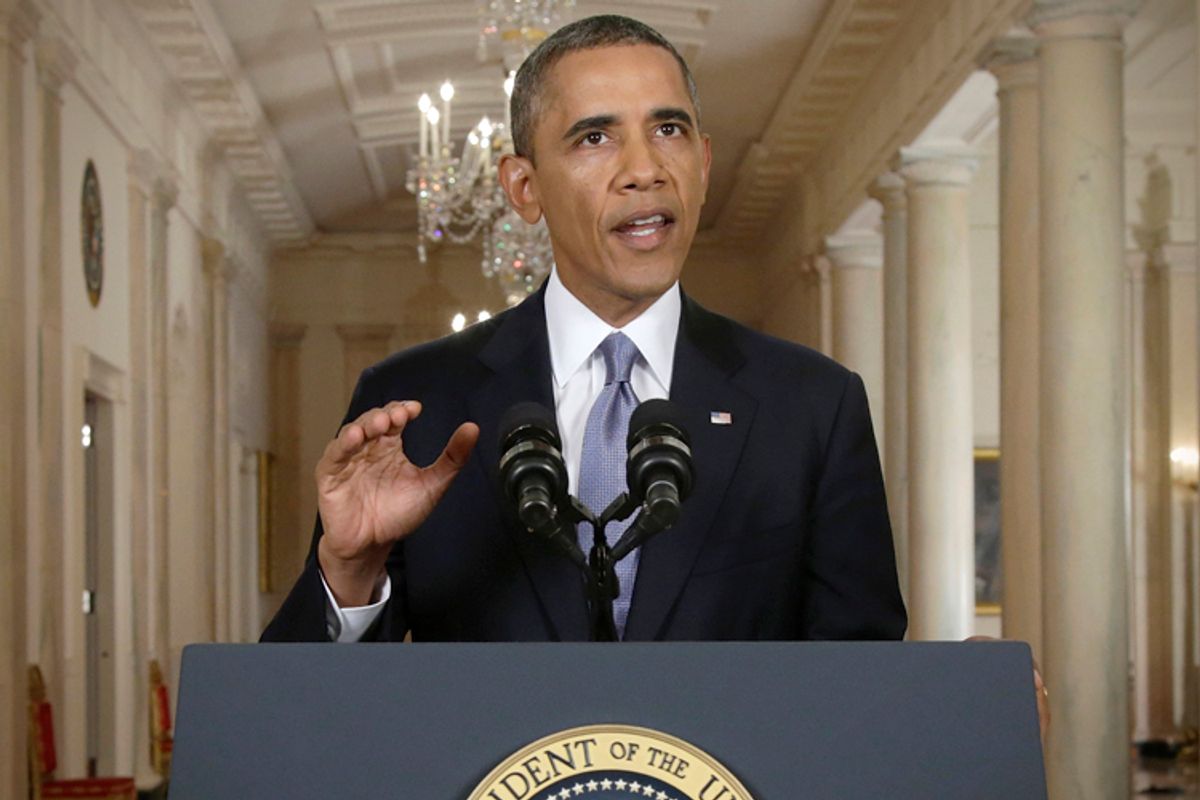 The United States and a coalition of Arab allies launched a series of airstrikes against militant targets in Syria early Tuesday, in a sharp escalation of the American campaign against the terrorist group Islamic State (ISIS).

Partnering with Bahrain, Jordan, Saudi Arabia, the United Arab Emirates and Qatar, the U.S. has executed at least 14 strikes against ISIS strongholds in the country, according to the Guardian. While ISIS is seeking to topple the Syrian regime of President Bashar al-Assad — whom the Obama administration sought to depose last year, citing the regime's use of chemical weapons against civilians — the Assad government did not approve the anti-ISIS airstrikes, the New York Times reports. Officials from the U.S. and Syria's government have put forth conflicting statements on whether Syria had advance knowledge of the airstrikes; The Guardian notes that the Syrian foreign ministry says the U.S. tipped off Syria's U.N. ambassador prior to the air campaign, the U.S. disputes that claim.

The strikes in Syria represent an expansion of the U.S. air war against ISIS, which began last month with strikes against targets in neighboring Iraq. The group, which has steadily gained control of territory in Iraq and Syria and assumed a leading position among groups fighting to oust the Assad regime, came to notoriety with its grisly executions of the American journalists James Foley and Steven Sotloff and the British aid worker David Haines.

While Congress approved aid to more moderate Syrian opposition groups last week, it has not authorized a U.S. war against ISIS, and did not vote on the latest campaign of airstrikes. CNN reports that Vice President Joe Biden notified the congressional leadership, leaders of the Senate Intelligence Committee and hawkish Republican Sen. Lindsey Graham on Monday of the impending strikes.

Although ISIS is the primary target of the airstrikes, the Guardian reports  that according to the Syrian Observatory for Human Rights, the air campaign is also targeting the Nusra Front, al-Qaida's Syrian affiliate, and Khorasan, a militant group that some officials believe could pose a greater threat to the U.S. than ISIS.