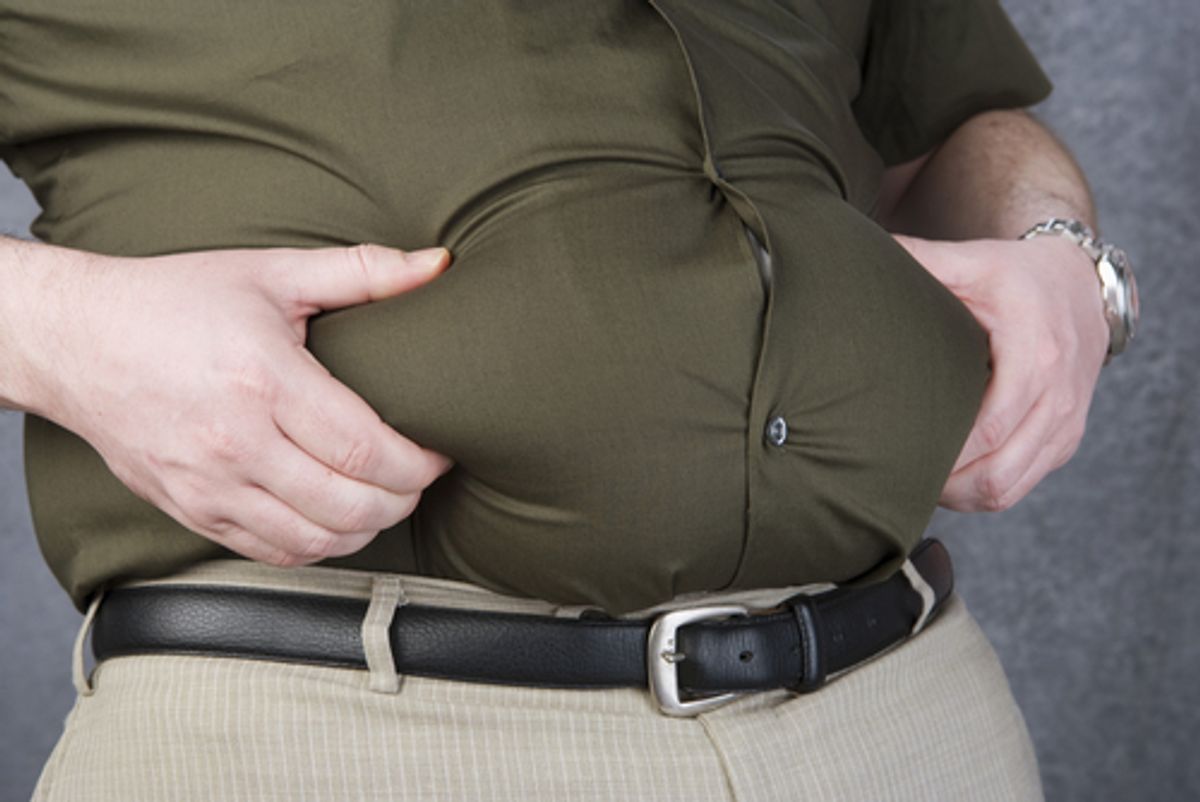 Researchers pulled together data on more than 32,000 Americans ages 19 and up. They found an increase of 54 percent in abdominal obesity from 2011 through 2012. Over the last decade, they revealed that Americans have gained an inch of waistline, on avearge.

As a group, women showed the biggest increase. Mexican Americans and African Americans increased the size of their waistlines more than other ethnic groups. There was not a single group that didn't show some increase. This is worrisome from a health perspective: if you've got fat settled on your belly as opposed to your hips or your butt, you end up with a higher risk of heart disease, diabetes and other obesity-related ailments.

Why is belly fat on the rise? Common wisdom holds that Americans are simply eating too much and not exercising enough, but science is revealing that the story is more complicated.

The CDC researchers cited sleep deprivation as a possible culprit. Possibly, not getting enough sleep alters brain patterns that prevent a person from feeling full after eating. According to the Havard School of Public Health, a growing body of research has accumulated which supports the idea that sleep and weight are related. Their report notes that sleep-deprived people may be too tired to exercise, and may also simply eat more because they are awake more hours during the day and thus have more opportunity to ingest additional calories. Lack of sleep, they suggest, also disrupts the balance of key hormones that control appetite.

The CDC researchers also pointed to overmedication and endocrine disruptors as possible suspects in the growing waistline epidemic. Endrocrine disrupters are chemicals we are exposed to in our daily lives in products plastic bottles, food cans, cosmetics, cleaning supplies, and certain pesticides.