What Obama said (and didn't say) at the U.N. Climate Summit

The president's speech was heavy on rhetoric but light on commitments 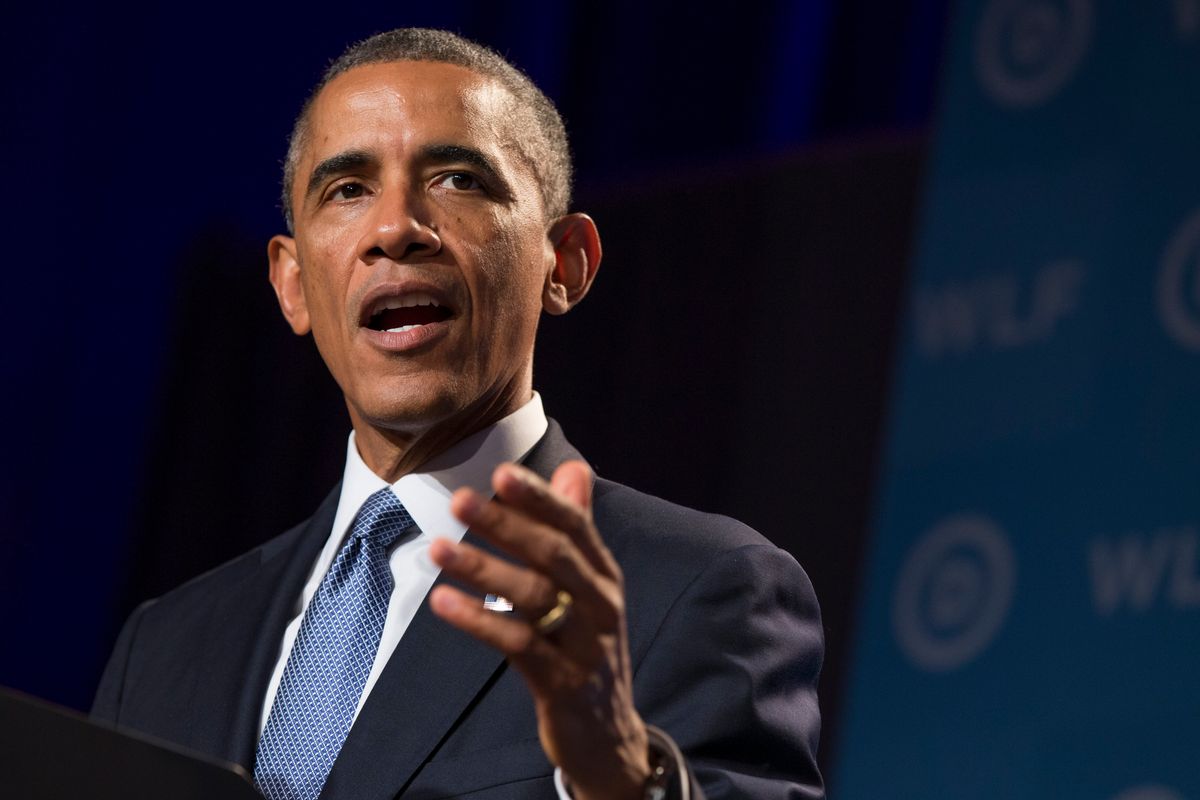 Straight from his speech about last night's air raids in Syria and en route to an appearance at the Clinton Global Initiative, President Obama stood before the U.N. Climate Summit to deliver a short speech on the "one issue that will define the contour of this century more than any other."

Some news stations didn't have the patience to make it through the entire thing. So in a nutshell, here's what went down:

"The climate is changing faster than our efforts to address it," the president told the 120-plus global leaders assembled in New York. He acknowledged that the past decade in the U.S. has been its hottest on record; that this past summer was the world's hottest and that carbon emissions, globally, continue to rise. He reemphasized the assertion that fighting climate change does not necessarily mean destroying the economy, highlighting the way that U.S. investments in clean energy and effort to reduce emissions have helped to create jobs and promote economic growth. Speaking as the leader of the world's largest economy, and its second largest emitter, the president also said that the U.S. has done more than any other nation to address climate change.

As predicted, Obama didn't announce any new emissions commitments, saying those will come next year. He did, however, announce a new executive order requiring federal agencies to take environmental sustainability into consideration when designing international development programs (Oxfam America noted, in a statement to the media, that USAID has already been doing this since 2012, but added that "it is promising that other US funded agencies will begin to do the same"). While, also as expected, he did not join France and Germany in making a significant (or any) contribution to the Green Climate Fund, he committed the United States' "unique scientific and technological capabilities" toward helping developing nations build resiliency in the face of climate threats. (A full list of his new partnerships and initiatives is available here.)

“Just a few minutes ago I met with Chinese vice premier Zhang Gaoli and reiterated my beliefs that, as the two largest economies and emitters in the world, we have a special responsibility to lead. That’s what big nations have to do.” The statement was greeted with applause. But all nations, he also said, will need to join in the effort: "Nobody gets a pass."

The president also emphasized the importance of citizens' calls to action. Of the people who marched this weekend in New York City and around the world, he said, "We cannot pretend we do not hear them. We need to answer the call."

Bill McKibben, the co-founder of 350.org, acknowledged the nod to the People's Climate March, but was generally unenthused by the president's speech. "President Obama says America has 'stepped up to the plate' -- and dropped down a bunt single when we're behind by 10 runs in the 9th inning," he said in a statement. "Today's boasts about his climate efforts ring hollow in the face of America passing Saudi Arabia and Russia as the world' s largest oil and gas producer. We hope that when 'next year' comes and he proposes actual targets they'll start to reverse the trend."

Others were more enthusiastic in their response, but reiterated the need to reign in the fossil fuel industry, which currently benefits from large federal subsidies. "Requiring federal agencies to consider climate change in international development programs is a good step, and we hope President Obama will extend this logic to every federal agency decision, especially around the extraction and export of fossil fuels," commented Annie Leonard, the executive director of Greenpeace USA, in a statement. "So far, the Obama administration continues to allow the fossil fuel industry to undermine efforts to address climate change by mining and drilling for coal, oil, and gas from our public lands and waters, unlocking huge quantities of carbon pollution."

Jennifer Morgan, the director of climate and energy programs at the World Resources Institute, said in a a statement that she was "encouraged" by Obama's comments, along with those made by China's vice president, who spoke shortly after the president. “The strong back-to-back statements by the two largest emitters," she said, "send a clear signal that both countries will work seriously to put in place climate solutions domestically and reach an ambitious international agreement in Paris next year.”

The speech, as the president's tend to be, was powerful. So too, judging by the social media response, was the speech delivered earlier this morning by Leonardo DiCaprio. But as Leo himself said, addressing world leaders: "I pretend for a living. But you do not." In 2015, the hope now is that Obama's words will be backed up by strong action.