No God in our house: Challenges of an atheist parent

I'm raising our kids to be atheists, but still fear a belief in ancient myths is necessary for success in America 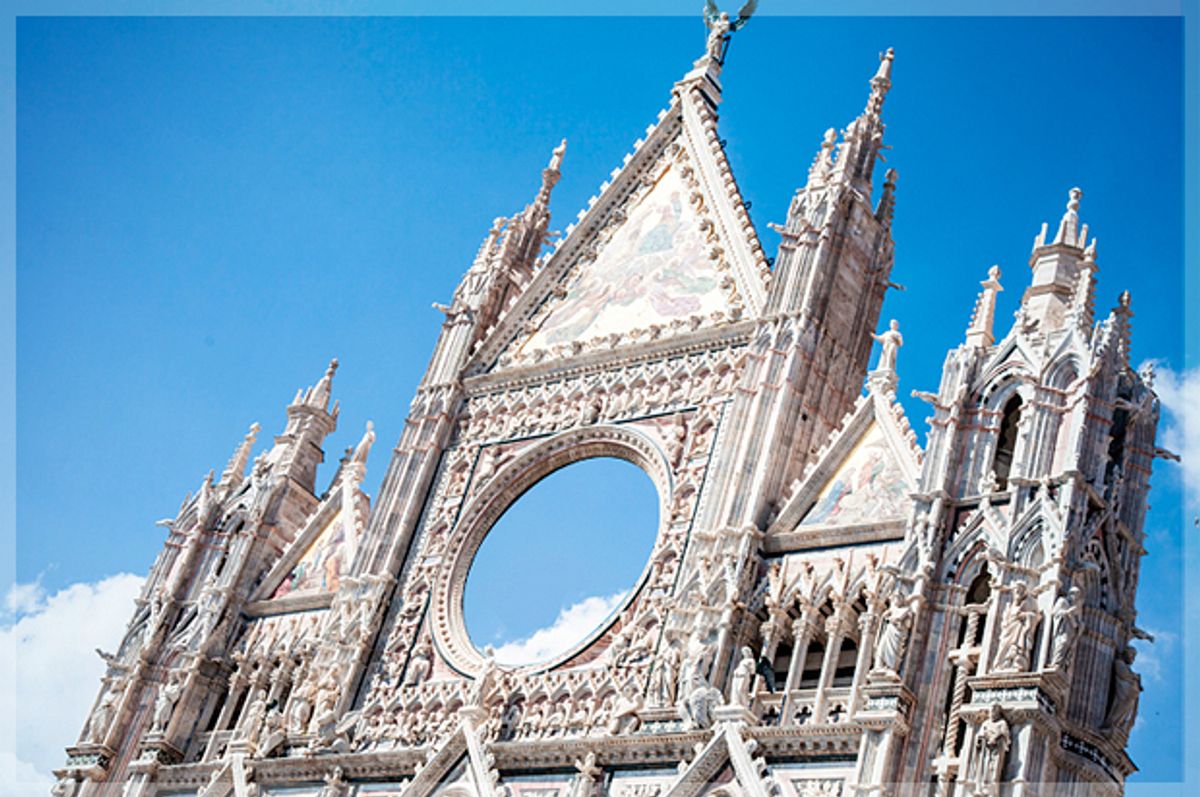 I watch my kids laugh and joke with their friends. They are oblivious to what many Americans will think of them in a few years.

Two recent studies show that the public believes atheists are a threat to the moral fabric of society. In the latest study, atheists were “perceived to pose significantly greater threats to values, and elicit greater moral disgust, than other groups also perceived to pose values-related threats (gay men, Muslims).”

As a parent who has raised her children without religion and without a belief in God or gods, studies like this make me wonder if I’ve placed my kids at a disadvantage by bringing them up outside the cultural norm? Will they be feared, viewed as threats? Will a teacher who knows we lack belief assume that my kids would cheat on a test or steal from classmates? When they graduate, will they face discrimination in the work place if they are not professed Christians?

Yet I’ve taught my children to share with others, to be honest, kind and considerate, not because there is a deity watching but because it’s the right thing to do. People are counting on them. I’m counting on them. Perhaps, most importantly, I've told them that how they feel about themselves will be influenced by the way they behave and treat others.

When we see young children playing, they have their set of rudimentary rules that help keep harmony. It’s impossible to pick out the kids who are being raised without religion. At what point do young heathens become immoral or a threat to those around them? Does a child who is seemingly moral suddenly become immoral at age 12 when he tells his friend he doesn't know or believe in a God? It's easy to make assumptions about people we don't know, but much harder to make them about people we've already come to know and trust.

There is nothing evil or cynical about choosing to forgo the teaching of ancient myths. Raising kids without religion and god is actually very simple; you just withhold telling children stories that don’t make sense to you. A man cannot survive in the belly of a whale. A talking snake, a forbidden apple and a curious woman did not cause children to be wicked or sinful. This life is not punishment for treason against an all-knowing (but loving) god. Although religion, with its blind faith, makes people feel certain, in reality, there are no rules set in stone. Life is not black and white. People, no matter what they believe or do not believe, are not good or bad; they are good and bad in varying degrees, depending on context.

It makes sense, however, that if you grew up believing God is the creator and gatekeeper of morality, that you would assume a deity is necessary to keep everyone in line. It also makes sense that if God is “out there” watching and judging you, once he is gone, all hell would break loose. This is not only a grim view of humanity, it also illustrates that, for theists, morality is not autonomous. It is structured outside themselves. Therefore, if a believer thinks God has asked him to kill his wife or his child, then he should do that, just as Abraham would have.

There are many examples of how religion and belief in God have no bearing on morality. In Japan, for example, over 30 percent of the citizens identify as atheists. Yet after a 9.0 magnitude earthquake in 2011, the world was awed by the lack of looting, by how orderly and calm the citizens remained, sharing their food, water and homes with others less fortunate. It’s clear that morality doesn’t come from religion. It doesn’t come from a distant God who doesn’t communicate with us. It’s a social construct that we learn first and best from our parents. When we teach our children self-awareness, reflection and empathy, they learn that their actions and words can harm—or help--others, physically and emotionally.

The irony is that—like other secular parents—I have taught my children to accept and embrace everyone, regardless of race, religion or sexual orientation. I’ve taught them to take every person on a case-by-case basis. My children and I know your religion and don’t assume you are a threat, why would you judge us simply because we are different from you? Why would our skepticism be a threat when our actions are not?