"The first thing I thought was they killed my baby": NYPD officer throws pregnant woman to the ground 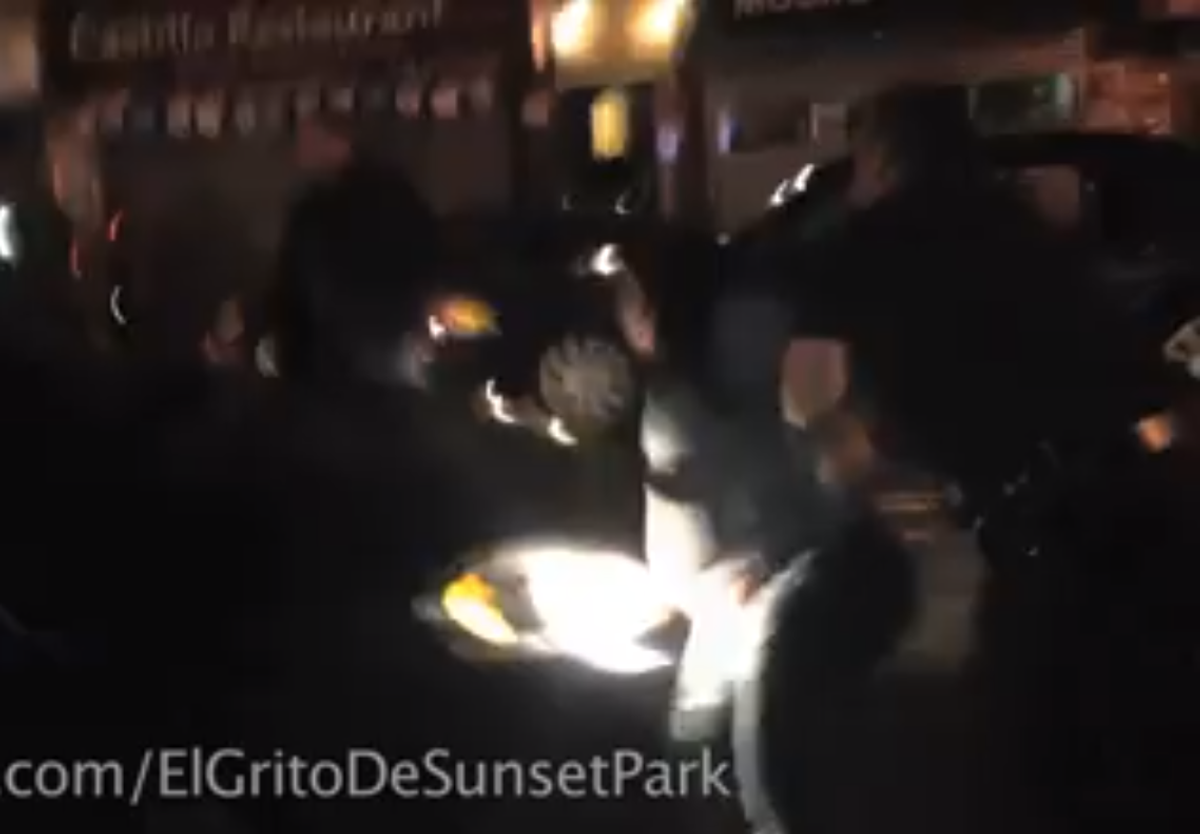 In a horrific new video (embedded at the end of this post), Sandra Amezquita, a 5-foot-4, five months pregnant Sunset Park resident, is thrown to the ground belly-first by a police officer.

The cops had been arresting her 17-year-old son, Jhohan Lemos, for possession of a knife he had clipped on his belt. Amezquita and her husband responded to Lemos' cries as he was being beaten. Photographs obtained by New York Daily News show Lemos with a swollen shut eye and a number of serious scrapes and bruises.

According to police watchdog group El Grito de Sunset Park, police officers had actually been harassing Lemos for a prior robbery arrest and planted the knife. "According to this young man," said Dennis Flores of police watchdog group El Grito de Sunset Park, "when they put the razor blade in his pocket, they told him, 'We're going to make sure this time, it sticks. So the mom saw this, started yelling out, and the cops grabbed her and slammed her against the floor like we see in the video. And they put a Taser to her stomach."

"The first thing I thought was they killed my baby and they're going to kill my wife," said Amezquita's husband Ronel Lemos.

Amezquita had vaginal bleeding as a result of the incident, as well as bruises and a persisting pain in her abdomen. She was given a summons for disorderly conduct.

"You would think the police would respect a woman that is pregnant ... I was afraid something happened to my baby. I am still afraid that something is wrong," Amezquita said through an interpreter in an interview with New York Daily News.

"It was disgusting what we saw," Flores said to WCBS. "You know, how can you treat a human being this way -- you know, an innocent child in the belly?"