The 3 biggest myths about pornography, debunked by Belle Knox 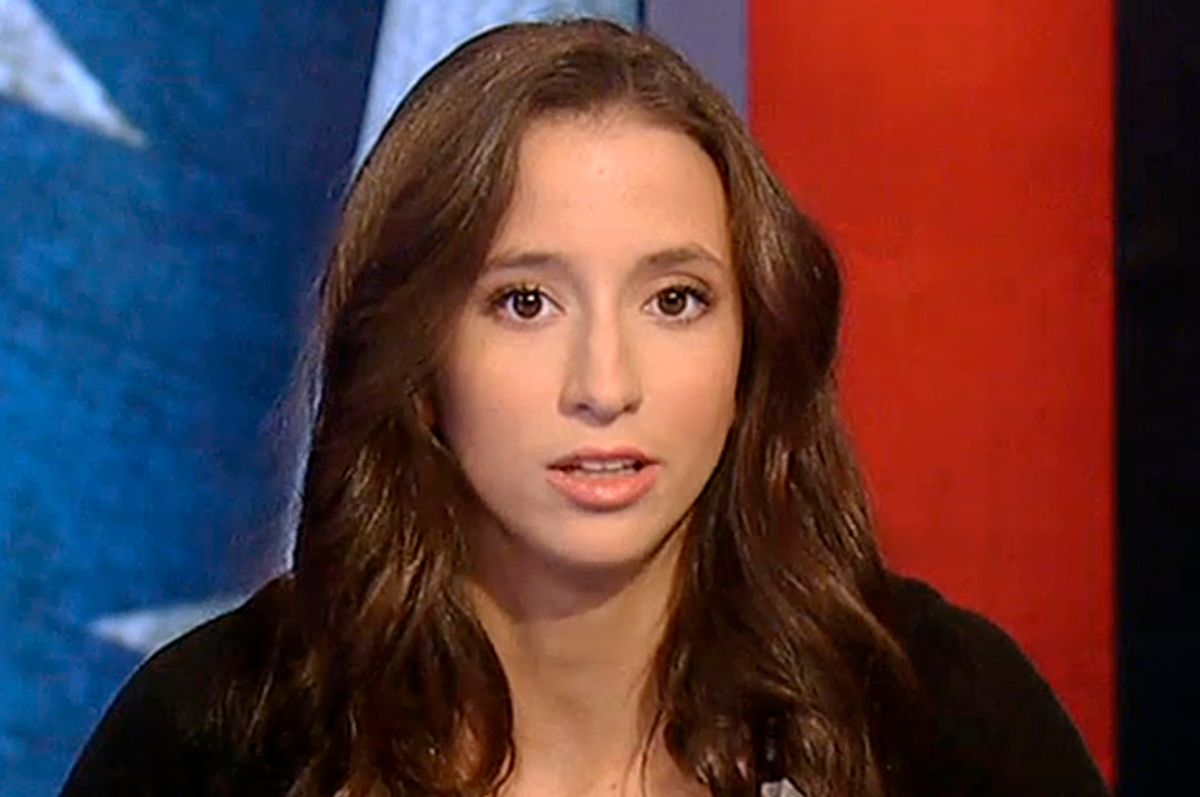 But if documentaries like Becoming Belle Knox become the new norm in a changed media landscape, the Internet might finally give us the fresh perspective on pornography that our culture so desperately needs. From the GOP’s 2012 attack on pornography in their official platform to new Christian propaganda like the bookPorndemic, conservatives are continuing to to criminalize and villainize pornography.

As if that’s not bad enough, many radical and liberal feminists throw women working in pornography under the bus, too. From Catherine MacKinnon and Andrea Dworkin to Gail Dines and Julie Bindel of the Guardian, anti-sex work feminism has stood in opposition to pornography for 40 years. The debate over sex work remains one of the most hurtful rifts within the feminist community at large.

With both the Right and the Left continuing to propagate myths about pornography, here are three of those myths that Becoming Belle Knox manages to deconstruct in less than twenty-five minutes:

One of the most damaging notions that conservatives and anti-sex work feminists spread about sex work is the idea that it is not a legitimate form of work. By superimposing a pre-conceived moral landscape onto the field of sex work, these cultural actors portray sex work as an illegitimate form of labor that is only necessary in an evil and/or a patriarchal world.

Like any employee working in any industry, Weeks likes parts of her job and dislikes others. On the one hand, she enjoys the clear-cut boundaries of her work. “It’s a deal,” she says, “It’s a transaction.” And on the other hand, Weeks is honest about the aspects of her profession that are difficult from the emotional fallout with her family to high overhead percentages to the complex professional dynamics of the industry itself.

Becoming Belle Knox shows us a young woman dealing with the difficulties of working in a stigmatized field, to be sure, but Weeks herself is clear that pornography, first and foremost, is a job, just like anyone else’s.

2) Emotional connection and sex have to go hand in hand.

Not only do we live in a culture that still considers sex to be the emotional endpoint of a traditional romantic trajectory, we also associate women with emotion to such a degree that it seems inconceivable that a woman could have sex without intense emotional investment. Slut-shaming, in part, functions to reinforce the idea that women should only want to have sex within the confines of a romantic relationship with a man.

Miriam Weeks is by no means the first feminist sex worker to dispute these myths about pornography. A vibrant sex workers rights community has also been challenging feminist and broader cultural perceptions about sex work on outlets like RH Reality Check andReason, in legal initiatives like the Sex Workers Project, and on social media platforms like Twitter, where sex workers declare that they are#NotYourRescueProject.