Kathryn Knott's lawyer calls her a cop's kid who's never been in trouble. Social media tells another story 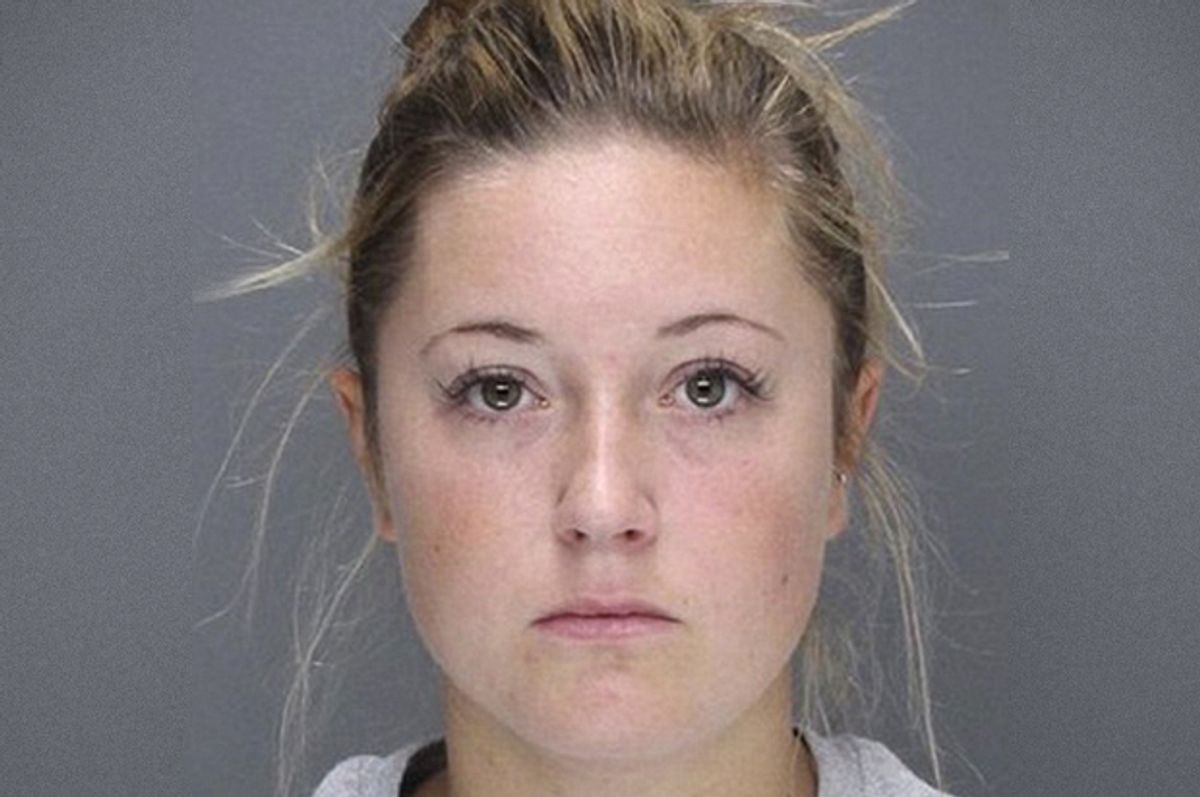 Kathryn Knott's attorney Louis Busico describes her as "a young woman who's never been in trouble," a lady who "comes from a wonderful family" and "has a law enforcement background in her family." On Wednesday night, however, that allegedly delightful female was arraigned, along with two male companions, on "aggravated assault, criminal conspiracy, simple assault and recklessly endangering another person" in connection with the beating of two gay men in Philadelphia earlier this month. And though we can't judge people based on their Twitter feeds, hers does tell a somewhat different story about her character than her lawyer's version.

The crime made headlines around the country for the viciousness of the attack, which put both men in the hospital and left one of them with "fractures and deep lacerations to his face requiring surgery," and for the way in which the Twitter community cleverly used the street surveillance photos of the suspects to piece together their likely identities.

Defense attorney Fortunado Perri Jr. told reporters Thursday, "With respect to how it escalated, that's unfortunate, but it only escalated after one of the purported victims struck one of the young girls in the face out on the street." It's up to the justice system to determine what truly happened, though it is interesting that the suspects in this "escalated" incident didn't call the police or an ambulance at the time or talk to law enforcement about what happened until their faces were identified, while the victims wound up in the hospital and personal belongings were stolen. Also interesting: the image one gets of Knott based on her social media. Knott apparently likes having a father who's a cop, based on her brags that "A guy ran me off the road, called my dad ran his license, and got him ticket #sorrynotsorry #lovemydad" and "@garlicknott dad just let me kick down a door on a raid #epic." (Abington police chief Bill Kelly denies her claims about the incidents are true.) Knott, significantly, appears to have some discomfort around homosexuals, based on her observations that "the ppl we were just dancing with just turned and mafe out with eatch other #gay #ew," [sic] that "Jazz flute is for little fairy boys" and "@g0_nads he's gonna rip me today for my hair..just wait. #dyke." She doesn't seem too fond of the "zero English speaking" "jihad shit" element either. She likes to drink. A lot.

And she isn't too discreet about the patients at Lansdale Hospital, where she works as an ER tech. She has tweeted photos of their severed fingers and X-rays of pelvises and broken fingers, describing them in terms like "Ya know when u put a hotdog in the microwave too long?" She also thinks that "Having the parents write me a check instead of handing me cash is annoyinggg." Being annoyed with one's parents for the old-fashioned habit of check writing isn't a crime. Violating the Health Insurance Portability and Accountability Act can be, and she's now been suspended from her job and is being investigated for "potential violations of patient privacy." And here's a warning to anyone who may ever find herself in an "escalating" situation that puts two people in the hospital – your "wonderful" family and your trouble-free past are all well and good, but the words you write and photographs you choose to post tell a revealing story of who you are. And they tell it for all the world to see. Sorry not sorry, Kathryn.