It's a Tinder! It's a Tumblr! It's Grindr! It's a cronut stuffed inside a pizzone and lovingly fed to a jackalope! 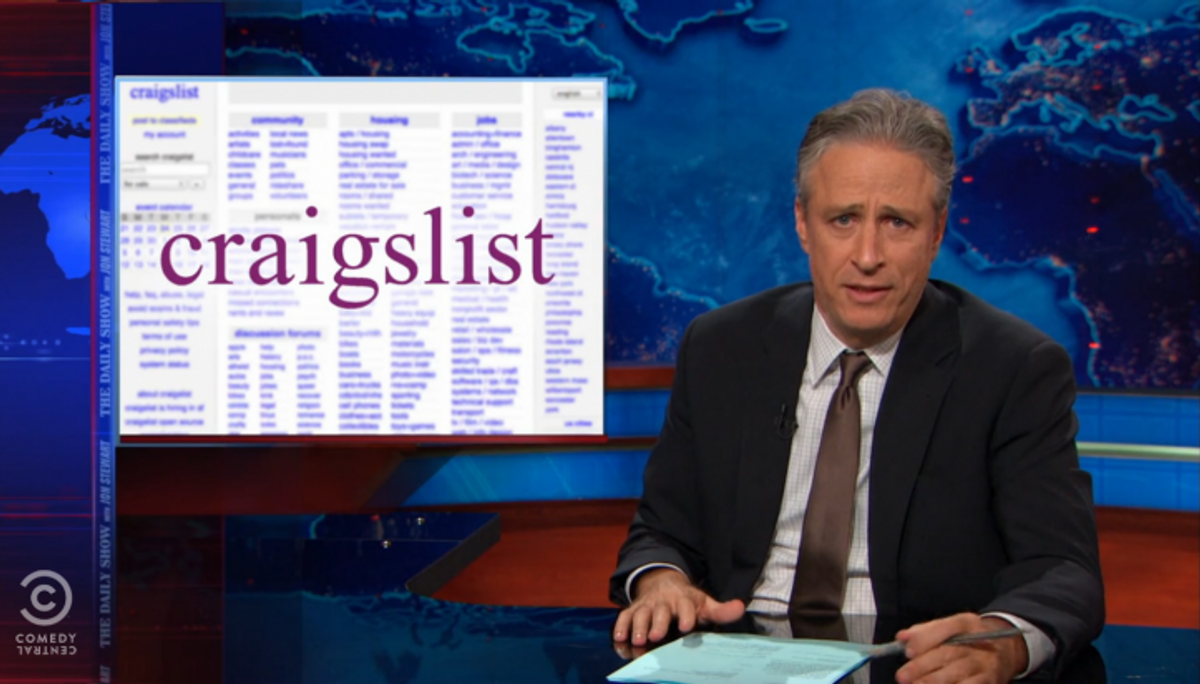 Jon Stewart doesn't know what the hell Alibaba is. And neither do we. Still, it sounds pretty good since it is about 12 of the most successful American companies all rolled into one. But it turns out, you can't actually buy shares in Alibaba itself -- rather, you can buy shares in Alibaba Group Holding Ltd. which is a company incorporated in the Cayman Islands.

"Is that what this is? You're selling us a timeshare without giving us a free vacation from sitting through your pitch?" Suddenly, that doesn't sound so good.

Then, Stewart finds out that the company's motives for trading in the U.S. instead of China are questionable: "I see. The company's trading in the U.S. to escape the more stringent regulatory environment of China. China! A country whose motto is hey, let's put lead paint in everything, including this flag. This is starting to sound shady. I'm sitting this one out."

That turns out to be a mistake. Watch the clip below.