7 insane pieces of sex etiquette from the roaring '20s

Men should "deflower" their brides slowly over the course of a week, and other pearls of wisdom from the Jazz Age 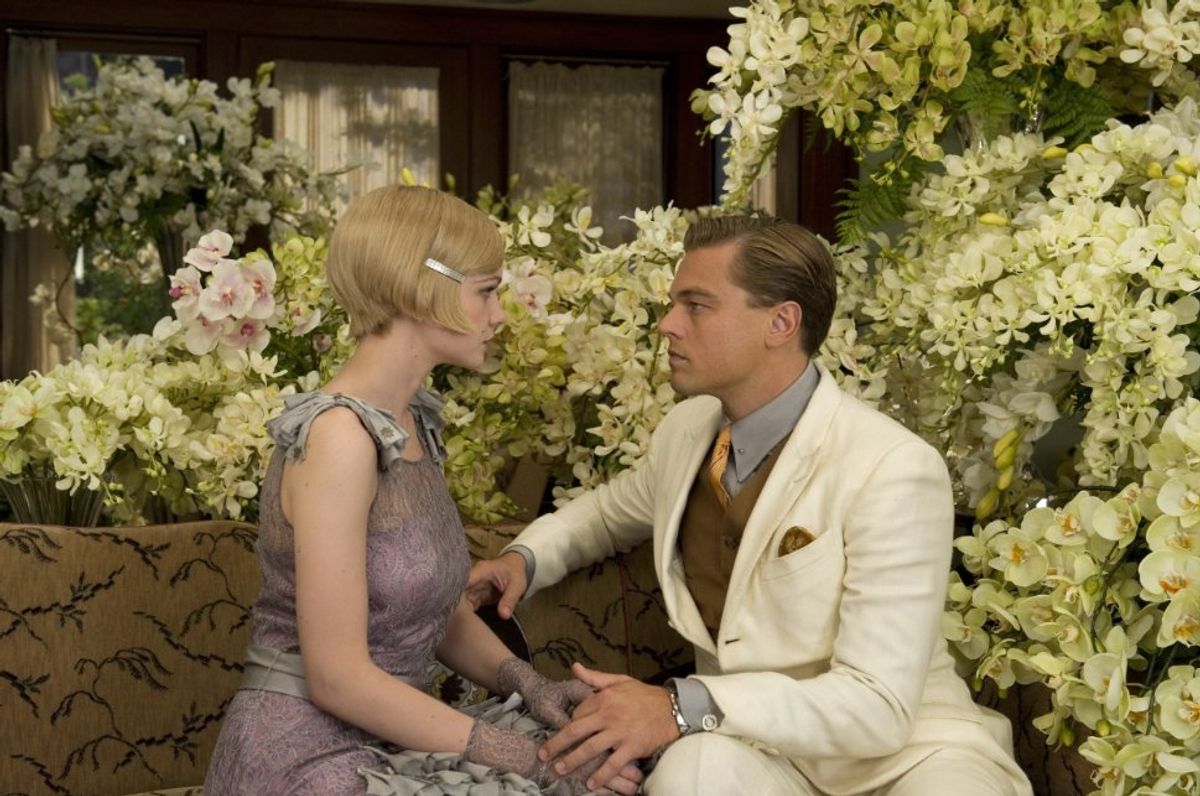 Scene still from "The Great Gatsby"
--

The Roaring '20s was a strange and glorious time. World War I was over! Girls were finally allowed to show their knees in public, and could even do so while voting. Television was invented in a primitive form, and the arts and music scenes flourished. Then again, this was an era in which smoking while pregnant was thought to be a good idea, a product was invented to make women’s vags smell like Febreeze, and knowing the names of one’s private parts before marriage might lead one to suicide. Below is a roundup of some of our favorite advice from around the Jazz Age.

1. Smelly down there? Try some Lysol.

Douching has been around, at least in concept, for a long time, but it reached its fever pitch starting in the ‘20s, with the ubiquity of lady mags and advertising schemes hell-bent on making us feel terrible about our bodies. As Cherry Trifle notes in a previous AlterNet post, “Vaginal douching came about primarily as a method of birth control, but by the aforementioned golden age of womens’ magazines, it had evolved into a ‘beauty tool.’ Water, vinegar and even antiseptic concoctions, such as Lysol, were employed. The concentrated germ-killer was described in ads as ‘scientifically correct,’ ‘gentle,’ and ‘non-caustic.’”

2. The great potential of semen.

Semen, on the other hand, was given much props in books such as Womanhood and Marriage. “Wives must understand that the life-giving fluid called the semen, which is produced in the creative organs of the man, is of great value in the upbuilding of his own body. It is only within comparatively recent times that the marvelous power of this creative fluid in building up and making over the body of the individual has been thoroughly understood.”

The book also notes that women who weren’t that fond of sex with their husbands were draining their vitality like non-sexy vampires. “In sexual intimacies, there is a discharge of this creative fluid from the body of the man, but where there is a full response on the part of the wife, there seems to be an exchange of magnetism or energy which makes up for the loss. If, however, his desire alone is active and she is simply fulfilling a supposed wifely duty, she gives nothing to him, and he, therefore, suffers a definite loss in vitality. It is claimed by some that such one-sided intimacies are almost as harmful to the man as masturbation.”

3. “Deflower” your new bride slowly over the course of a week.

While we can certainly get behind Usher’s doctrine of taking things slow, especially in an era where people had basically zero sexual knowledge before marriage, we think William Josephus Robinson, author of 1920’s Sex Knowledge for Men, was perhaps being a little too cautious. He wrote that “a truly loving husband will proceed with the deflowering of his wife very slowly, sometimes taking up to a week of gentle introductions before a full connection is made.”

We remember this being called something slightly different: “high school.”

Hold on to that thrill-magnet known as your lover’s hand: “Exquisite caresses are the strongest of love awakeners. The touch of a hand in passing is enough to make a delicious thrill! It starts the working of the magnet, and that is why continuous flirtations are so stupid,” wrote Elinor Glyn in her 1923 book The Philosophy of Love.

Not courtship advice per se, but this Thanksgiving game involving baked goods from the 1928 edition of How to Entertain at Home is still excellent: “Sports with doughnuts are highly seasonable at this feast of New England origin. A good one is a race in which players kneel on one knee with hands clasped behind their backs and pursue with the teeth wobbly doughnuts suspended on strings. The player first to devour his cake (without touching it with his hands) wins the race.”

Perhaps this is where Cosmo’s donut obsession came from.

“Too many of us feel that we can take liberties with our friends that we would not dare to take with strangers. Handle your friend’s book as carefully as you would the book of a new acquaintance, more carefully than you would handle your own,” wrote Lillian Eichler in 1924’sThe New Book of Etiquette.

In Searchlights on Health: The Science of Eugenics by B. G. Jefferis and J. L. Nichols, women who were pregnant were warned to not even think about anything unpleasant, for fear that they would permanently damage and harm their unformed fetuses: "Pregnant mothers should avoid thinking of ugly people, or those marked by any deformity or disease; avoid injury, fright and disease of any kind."

A lesson on how to name your child from Parents’ Publishing Association’s The Mother’s Own Book noted that, “Apart from fashion and social distinction, there are a few general principles to follow in naming the baby. Take into consideration the initials. Consider the suitcase of the poor girl named Alberta Susan Spear! Then there is euphony. Do not try for too much softness. Names like Lenora Malloy simply lack backbone. Beware in general of names with two l’s or beginning with l and containing n or r. If you have a harsh last name like Quigley, or Higgins, you can tone it down by a softer first name, such as Barbara. But avoid too great contrast or you will get something like Lenora Quakenbush, which gives the impression of the cooing of a turtle dove interrupted by the cackling of a hen.”