Chris Pratt and Jimmy Fallon sneak bizarre words into conversation, and it's hilarious 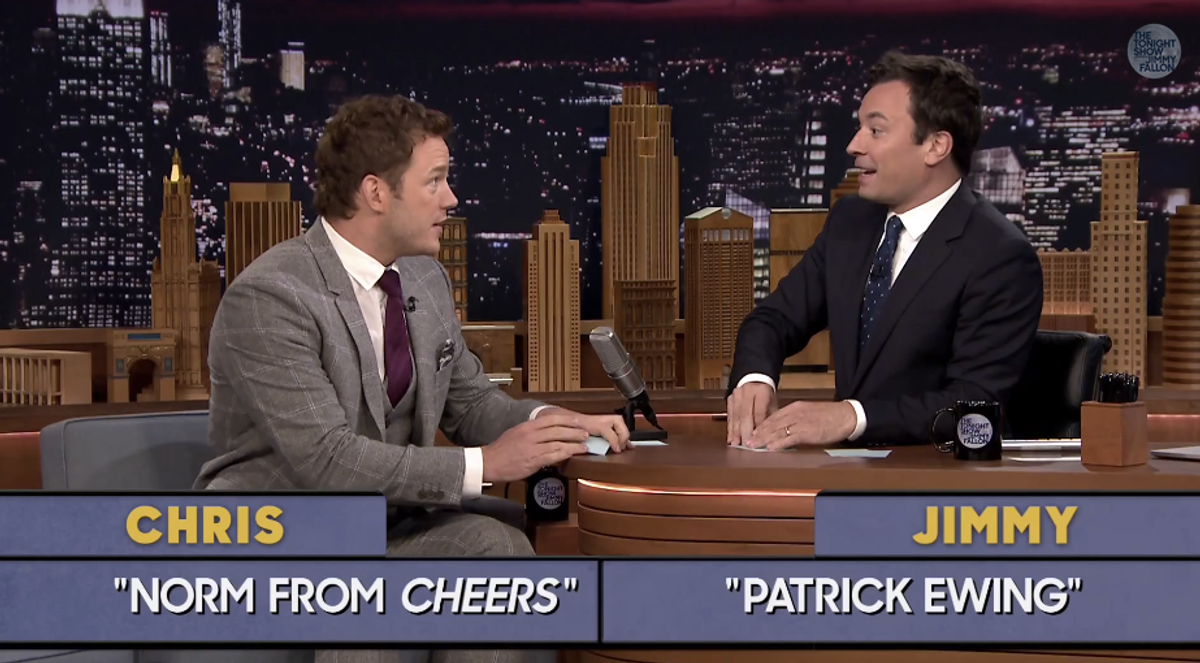 On Thursday night, future "SNL" host Chris Pratt stopped by Jimmy Fallon's "Tonight Show" to pal around and play a rousing game of Word Sneak. The game is simple: Fallon and Pratt both have to insert ridiculous words or phrases into casual conversation. They don't know what each other's word is. The result, as you can imagine, is a ridiculous, hilarious conversation bent around subjects like "Titmouse," "Norm from 'Cheers'" and "jellyfish."

It's kind of like when Malcolm Gladwell and Billy Booth published random phrases into their Post stories for fun, except it's nothing like that, since there are no integrity issues and there's no Gladwell, either.

The whole thing is rather charming. I, for one, would love to see an improv show based on some of these one-line suggestions.