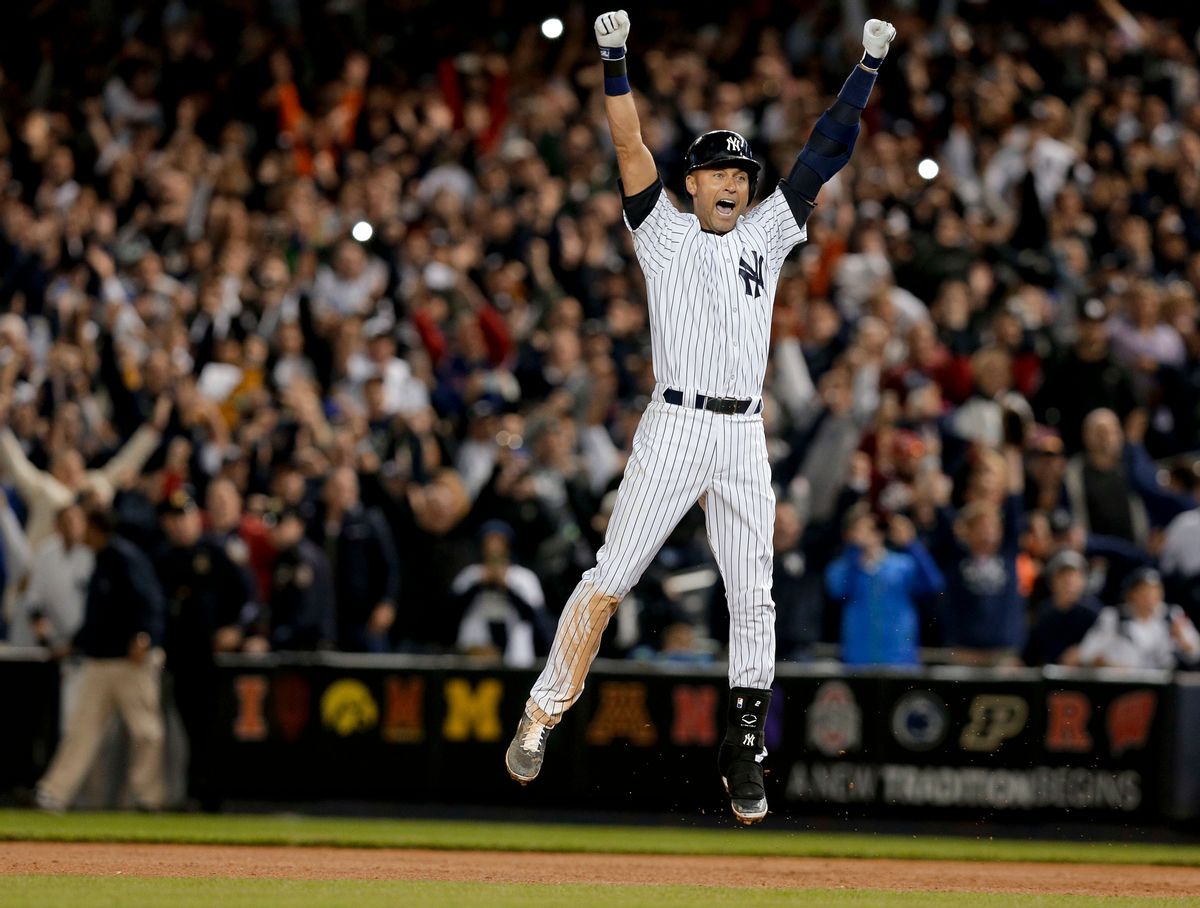 After a 20-season career, New York Yankee Derek Jeter ended his last game in the Bronx on Thursday night in Yankee Stadium against the Baltimore Orioles. The game was so close and so perfect that Rolling Stone swears it was "scripted."

Even if you missed the emotional game, charged by the thunderous, messianic chanting of Derek Jeter's name and his conscious attempt to fight back tears, there's one highlight you can't miss: Jeter's last, single swing at the bottom of the ninth inning that won the game for the Yankees, 6-5. Watch it below: