The "Kelly & Cal" actress talks her return to the big screen, existential crises and life as a rock 'n' roller 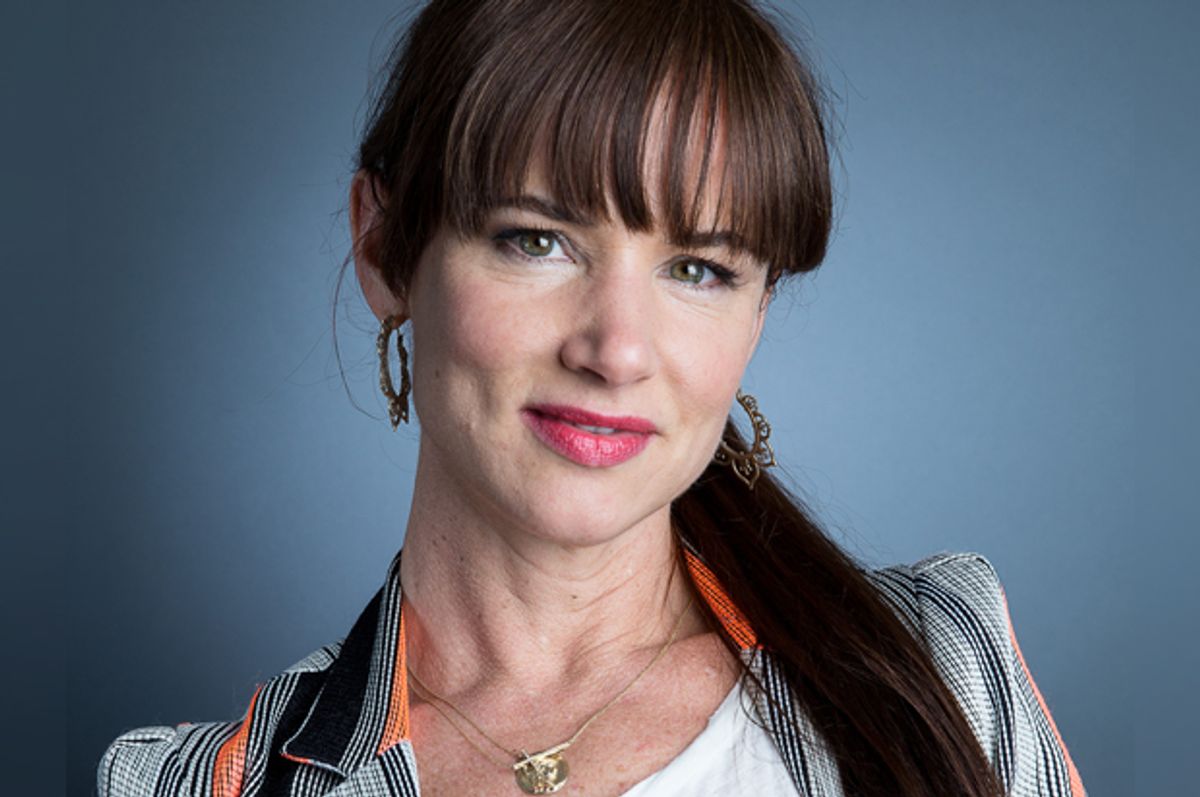 In the '90s, Juliette Lewis was the wild girl at the party. From her untamed performance in Oliver Stone’s lightning-rod social satire "Natural Born Killers," Brad Pitt’s damaged girlfriend in "Kalifornia," to her Oscar-nominated nymphet in "Cape Fear," Lewis was the live-wire among her young Hollywood female contemporaries. Following a high-profile relationship with Pitt at 17, Lewis struggled with painkillers and cocaine, which led to a rehab stint and subsequent sobriety, all while in her early 20s. In 2004, Lewis shifted gears, forming the sweaty, anthemic Los Angeles rock outfit Juliette and the Licks with Hole drummer Patty Schemel.  Acting fell to the wayside in 2006 as Lewis lived her rock 'n' roll fantasy, eventually returning to her first passion with a role in Drew Barrymore’s 2009 roller derby comedy "Whip It."

Now "Kelly & Cal" tells the story of late 30-something ex-musician turned mother (Lewis), trapped in a strained marriage and suburban purgatory, who attracts the friendship of wheelchair-bound Cal. What starts as innocent flirting and a desperation for connection slowly turns to something more, as Kelly fights to understand maturity, nostalgia and her role in the world. It’s the first part, in an adventurous career, that let’s Juliette Lewis be herself.

This feels like a role custom-written for you, a natural-born rebel and rocker. How were you approached about the part?

I got the script and I was totally taken with it and moved. It just seemed like a fresh perspective. I met the director, Jen McGowan, and this is her first feature. I was totally convinced that she was going to make something really special. The fact that my character has a musical past, I thought that was so funny. I’m living my rock 'n' roll dream. My character is more reflecting on the past. It was really fun for me because I got to write two songs for the movie. It was so exciting for me because as a true songwriter, it’s not like I used some of my music because her style of music is nothing like mine. So I wrote a song specifically in that '90s, lo-fi, sludgy kind of vibe. I wrote it with my first guitar player, whose name is Clint Walsh. The last song we wrote is “Change.” It’s really hopeful and melancholy and a totally different style of music. To me, it’s like Kelly’s heart and soul.

You and Jonny Weston have great chemistry. Did you get a chance to hang out and bond before shooting?

It was so important to me that whoever was cast as Cal that we have this chemistry, this real-life chemistry. You can’t manufacture that. I just loved his approach. He was crazy enthusiastic and committed.

How did Jen McGowan step into her role as feature filmmaker? Did you notice any growing pains?

I didn’t notice any. Jen has said that the only thing was agreeing to shoot everything in 20 days. That makes me laugh, because when you’re a young director, or any director really, your first thought is, “Yeah dude, I can do it!” You just make it happen. But I absolutely believed in Jen, and trusted and relied on her. The subtleties of the performance are where I sort of had to do nothing but carry this story and all this unspoken ambivalence. It’s a tricky thing to play, so I relied a great deal on her. My thing about her as a filmmaker is that I’m excited to see what she’s going to do next. I think she’s really a special one.

Did you approach the role with any trepidation? In the wrong hands, this touchy subject matter could have been exploitative.

Totally! You’re totally right, but I really believed in the script. The script itself is really unsentimental. When I talked to Jen, I knew she was going to preserve that. I didn’t want it to try and make Kelly likable. She’s walking a path of amorality. She’s irresponsible, but she’s also like a lot of us. I thought it was courageous, and I knew that Jen was gonna be equally courageous. If you ever meet or talk to her, she’s really tough and doesn’t make saccharine-sweet movies. That’s not her approach.

Was it tough working with the baby in the film?

Babies are challenging! Babies are babies. We were so happy with the moments we had. Luckily the story revolves so much around Kelly and Cal’s adventures. Then we had the fake sleeping baby, so yeah, it was challenging.

Did you relate Kelly’s existential crisis to your formation of Juliette and the Licks and subsequent film absence?

I know what you’re saying. Not exactly that, because I feel like I accomplished quite a bit of the goals I set out to do when I was a kid. I think that’s where Kelly finds herself, saying, “I should be happy right now.” She just moved to the suburbs and she should be in a happy relationship. Where I found myself prior to this movie was I had toured the world four or five times over with a band. I had made three records and made a living as an independent musician. That, in and of itself, is a really challenging thing. It’s the same as trying to make a living as an actor. They’re not easy industries, but I thrive on what doesn’t come easy and is more challenging. I found myself before this movie looking back on my past, and I think any time you do that, if you look back too much and too often it can be melancholy. But I think it’s also good to be reflective and to learn. But you said existential crisis? One thousand percent. I even use that word and that phrase because I think the things that sustain you when you’re in your 20s are not going to sustain you in your 40s. I was going through, and still am, a learning curve. You sound kind of young. I’m guessing 32?

Oh my God! That’s me trying to think I’m psychic. If you look up the word “existentialism,” which is what I did, it’s sort of where you’re questioning everything. You’re questioning what you believe and are no longer so righteous about certain things. I know I wasn’t, so I did relate a lot to that aspect of it.

Really? Did it? Well it’s also our culture and societal pressures. You start thinking, “Oh, I should do this and should do that.” Any time you start judging with an overly critical eye rather than letting things just be, and following what you think is right, it’s complicated to find balance.

What’s the toughest existential or spiritual crisis you’ve faced and how did you overcome it?

For me, a spiritual and existential crisis is the same thing in that your foundation gets rocked. I won’t get insanely personal with you, but I have experienced the searching thing. It’s sort of the way I was designed. I’m always fighting the cup is half-empty way of being, versus the cup is half-full. I’m always fighting the pessimistic versus the positive. There’ s a duality in myself, and it’s also what I try and instill in my roles. I think right now I’m happier than I’ve ever been. All those clichés we hear like “Be here now” and “Be in the moment,” “It’s not the destination it’s the journey” – all those things, to me, are like they’re our life quest. Even hourly, you have to remember to live in the moment. It’s not just like, “Oh yeah, live in the moment and be present!” No. You have to try and practice that every day and be mindful. Try to relax. There’s so many stressors going on in our lives, so for me it’s a continual practice. I’m really a believer in love and energy, and the energy you put out. I’m a believer in love, meaning in what sustains us. Sometimes I get isolated and lost in my own creative endeavors because you have to be obsessive to be creative. Now, more than ever, I seek out really spending time with people that make me not think about my own ways.

What brings you true happiness?

You’re so cute! I didn’t know you were going to go down this path! Let me tell you, even when you said "spiritual," I really feel the connection to other people is the meaning of life. A smile in your day. Saying “How are you?” to another person. We all get self-absorbed and it doesn’t mean stuck up. It means we get absorbed in our troubles and worries, and it’s how and why I became a musician and a songwriter. Live music, to me, is church. That’s spiritual. The connection through music and harmony, and unifying an entire room of people with a song is amazing. That’s happiness. I think music, people, smiles, energies, and the peaks and valleys within it are happiness. I think happiness is elusive, so it’s really the moment between the stormy patches. That’s happiness.