Common Core's political fiasco: How it united the left and right against it

Everyone agrees the nation's education system has to improve. But here's how one "solution" has created a firestorm 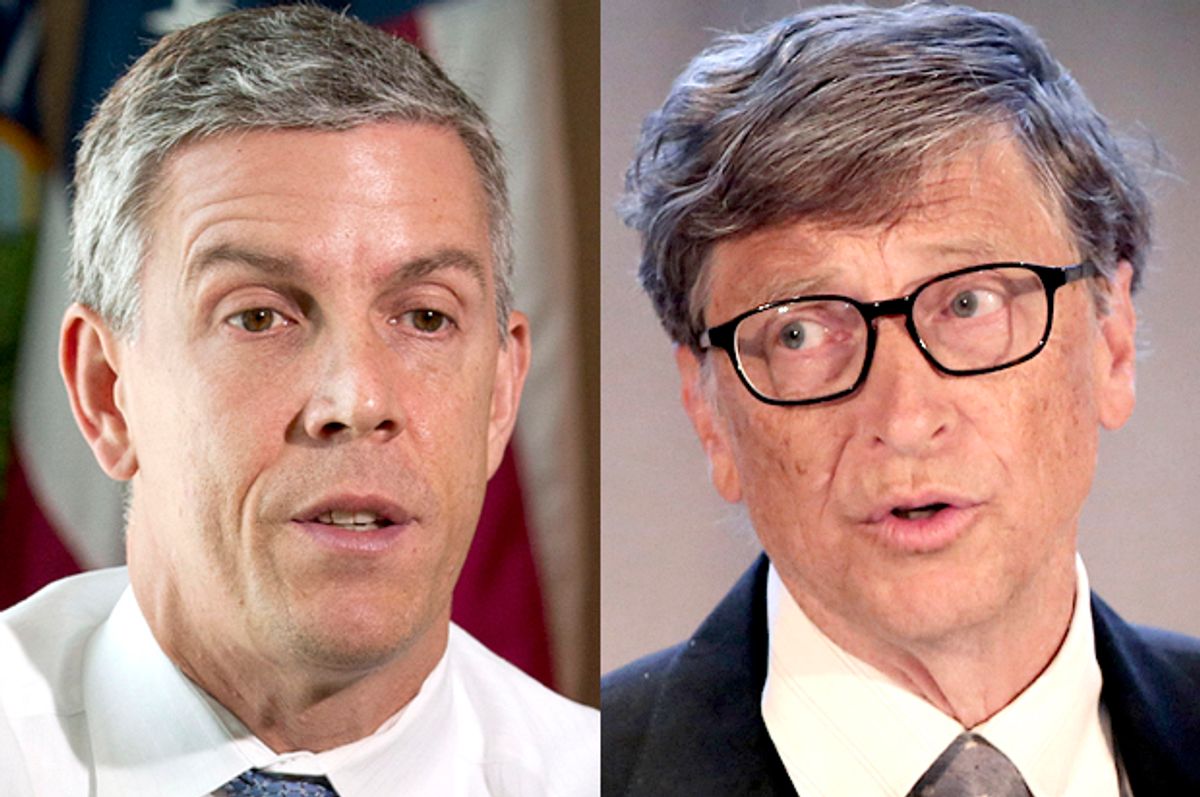 If you thought the Obamacare rollout was bad, the adoption of national education standards, known as Common Core, makes it look like another flawless iPhone launch. Led by the National Governor’s Association and Council of Chief State School Officers, the initiative to create national benchmarks in reading and math emerged from the “standards and accountability” movement of the 1990s.

But since they were released in 2010, Common Core has faced mounting opposition — and it’s coming from the left as well as the right.

“There’s been a convergence on the left and right on Common Core,” says Pedro Noguera, an education professor at New York University. “A lot of the right-wing opposition is about Obama. … On the left, it’s about standardized testing and how high-stakes tests are going to be used to hold schools accountable.”

The idea behind Common Core is straightforward. Unlike nearly every other developed nation, the United States has set no standards outlining what American students should know by the time they graduate high school. For many states, that has meant setting the bar low and patting themselves on the back about how brilliant their students are. But it turned out many kids, particularly poor and minority students, were unprepared for college. The Common Core standards were meant to make sure kids in, say, Mississippi and New York all had the same basic level of competence in reading and math.

But the implementation has been a disaster. For starters, the 27-member committee that wrote the standards had few actual teachers on it, but plenty of representatives from the testing industry. Because it is illegal for the U.S. Department of Education to exert influence over state curriculums, the Bill Gates foundation stepped in and funded most of the effort. Even worse, the committee that wrote the standards no longer exists, and there are no formal procedures for amending them.

That task has been left to the states. Some, like New York, adopted the standards and started testing students on them without bothering to train teachers — teachers there got a printout of students’ scores that don’t even tell them the areas where they performed well or poorly. “If you simply raise the bar and a whole host of schools were failing when the bar was lower, how is that going to be effective?” says Noguera, who supports national education standards.

Progressives’ objections have less to do with Common Core as an idea than with the standardized-testing regime they come with. “Our schools have become obsessed with standardized testing, and have turned over to the testing corporations the responsibility for rating, ranking, and labeling our students, our teachers, and our schools,” said education advocate Diane Ravitch in a speech to the Modern Language Association earlier this year. Ravitch, who has become one of the fiercest and most outspoken critics of the corporate takeover of education, pointed out that the Department of Education championed Common Core with the idea of creating a market for tech companies and publishers. “As [U.S. Secretary of Education Arne] Duncan’s chief of staff wrote at the time, Common Core was intended to create a national market for book publishers, technology companies, testing corporations, and other vendors,” Ravitch said.

Education policy wonks on the right oppose the standards because they view it as a step toward nationalizing education — as a general rule, they prefer to keep control local. Tea Party types, on the other hand, fear they will eventually be used to teach kids about dangerous stuff like evolution. But since George W. Bush signed No Child Left Behind into law — the largest federal education initiative to date — Republicans have in principle been less opposed to federal involvement in education. A lot of the pushback from Republicans, as Noguera points out, is about the Obama administration, which has enthusiastically supported Common Core.

In late August, Louisiana Gov. Bobby Jindal did an about-face on the state standards, which he previously supported, and sued the Obama administration, claiming the federal government is infringing on local control of education. While many Republican governors continue to support the standards, some in places like Oklahoma, South Carolina, Wisconsin and Utah have pushed to repeal them. In Arizona, Florida and Iowa, lawmakers have tried to deflect some of the criticism simply by rebranding Common Core, renaming the initiative the “Arizona's College and Career Ready Standards” and “The Iowa Core,” and the “Next Generation Sunshine State Standards.”

Secretary of Education Arne Duncan hasn’t helped matters. Last year, he dismissed opponents of Common Core as “white suburban moms who, all of a sudden, their child isn’t as brilliant as they thought they were.” The bonehead remark has since helped rally opposition to the initiative, which a majority of the public now opposes.

Under ideal circumstances, national education standards would ensure students across the country are getting the instruction they need to prepare them for college, and help bring some uniformity to widely varying state curricula. But the effort has floundered for a familiar reason: Americans’ enduring distrust of the federal government. With the Department of Education unable to take a strong lead, Common Core has been hijacked by the for-profit school-reform movement. Whether Common Core ends up doing any good largely depends on what each state decides to do with the benchmarks, which sort of undermines the whole point of having national standards in the first place.