Ed Champion is more than an angry blogger: What to do about the men who abuse women?

As a man targets and threatens women authors online, here's the first step to figuring out real accountability 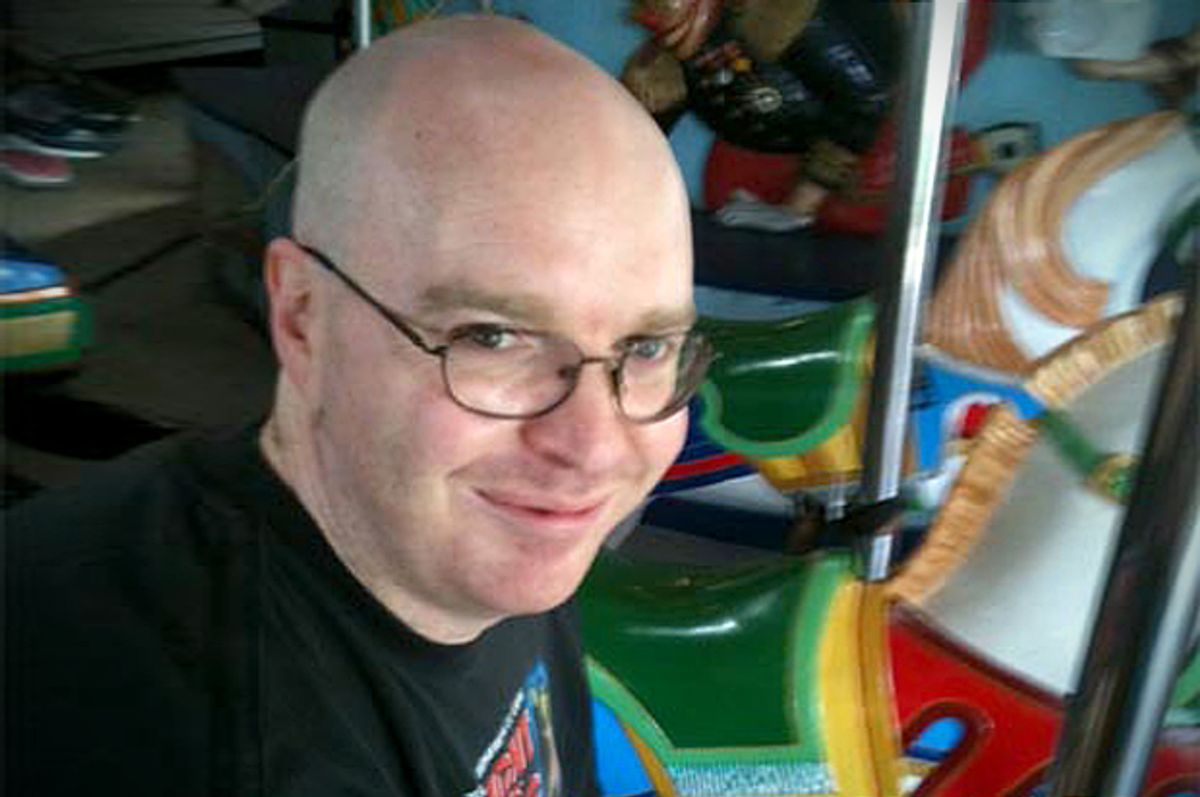 Last week, a book critic named Ed Champion publicly threatened a writer named Porochista Khakpour because he felt she had slighted him in some way. After tweeting a stream of invective at Khakpour, Champion announced that unless she apologized to him by 11:00 PM, he would reveal a detail about Khakpour's life that he believed would harm and humiliate her. The specifics of that ultimatum are less important here than the enthusiasm with which Champion set about his work of threatening Khakpour.

"Five minutes," began one tweet as his deadline approached. "The publishing industry has done nothing for me. Give me one good goddamn reason not to divulge the details," he wrote next. Finally, he tweeted what he had threatened to, though he promptly deleted it. Khakpour, responding in real time, tweeted requests for help.

Now this was only the second time in my life that I had read Champion's name. Like so many others outside the New York literary world, I did not know he existed until he wrote 11,000 words about how Emily Gould and other women writers were not, by his estimation, serious or smart or accomplished or deserving or whatever other self-aggrandizing bullshit Champion felt distinguished him from "these these obnoxious crusaders." The rant was shocking in its misogyny, a fact made all the more unbearable by the pains he took to couch his anti-woman invective in the language of progressive critique, as though the whole thing was really about privilege and class blindness, rather than a vehicle to spew raw contempt for women who had professionally outpaced him.

What happened then, and what has happened again this time around, is that Champion was called out. First by the women he'd targeted, then by others who saw his misogyny for what it was and named it, said it was unacceptable. Champion in both cases responded by threatening self-harm.

I have little doubt that Champion is troubled, and I sincerely hope that he has friends and family around him to hold him accountable while still supporting him to get help that he appears to need. But anyone at all familiar with abuser dynamics will recognize those threats for what they were: Manipulation. Domination. More abuse. A way to maintain control when it feels like that control might be slipping.

I do not know Champion. And I do not know the women he threatened (though I have read many of their books), or the women whom he targeted in more private and insidious ways. But the story stuck with me through the weekend because it was terrifying and infuriating and familiar. And it raised the same angry questions that I have every other time such a dynamic plays out, whether in the public world of Internet writing and writers or my private world of friends and close relationships.

How do we stop the abuse in the immediate context it's playing out? How do we remove men like Champion from the perches that allow them to threaten and silence? How do we support victims in the long-term?

But then I have this other question, a question about the abuser. How do we get him help, or whatever the word is here since "help" doesn't seem quite right.

This isn't a question driven by empathy (though I do have it) so much as a selfish and furious exhaustion. Because the issue of primary importance is ending the abuse, but the long-game is also a matter of thinking about the women who may find themselves in a known abuser's path at some time in the future. Sustained pressure and attention means holding an someone to account so that they can't move on to some other target. Because they always seem to move on to some other target.

This is tricky work. And it is not the job of any of the women targeted by Champion. But I do believe that it's someone's job. (Perhaps this mean's it's all of our jobs. These patterns extend way beyond a blogger in the New York literary scene.)

I agree with novelist Ayelet Waldman that Ed Champion's professional oxygen should be cut off. That the message from the publishing and literary worlds needs to be decisive: Your abuse is intolerable, and we do not work with abusers. I also agree with the other women who have made the point that taking a stand against Champion's threats means supporting the work of the women he hoped those threats would ruin. And I also believe, firmly, that there is no "right" way for someone to respond when they find themselves the target of such behavior. Ignoring it, disengaging, calling it out -- these are all different mechanisms for navigating a really thorny path.

But there is, I think, an instructive kind of reckoning emerging. Women like Khakpour and others who have been targeted, threatened, intimidated or abused (including some men) are sharing their stories and experiences with one another, situating this behavior in a matrix of abuse and harassment that keeps women silent.

Having a community in place to step in and connect these dots can be the first step to figuring out what long-term accountability actually looks like, as messy a prospect as that might be. Because, as Khakpour remarked, "Too many have gained power thru our [silence]."