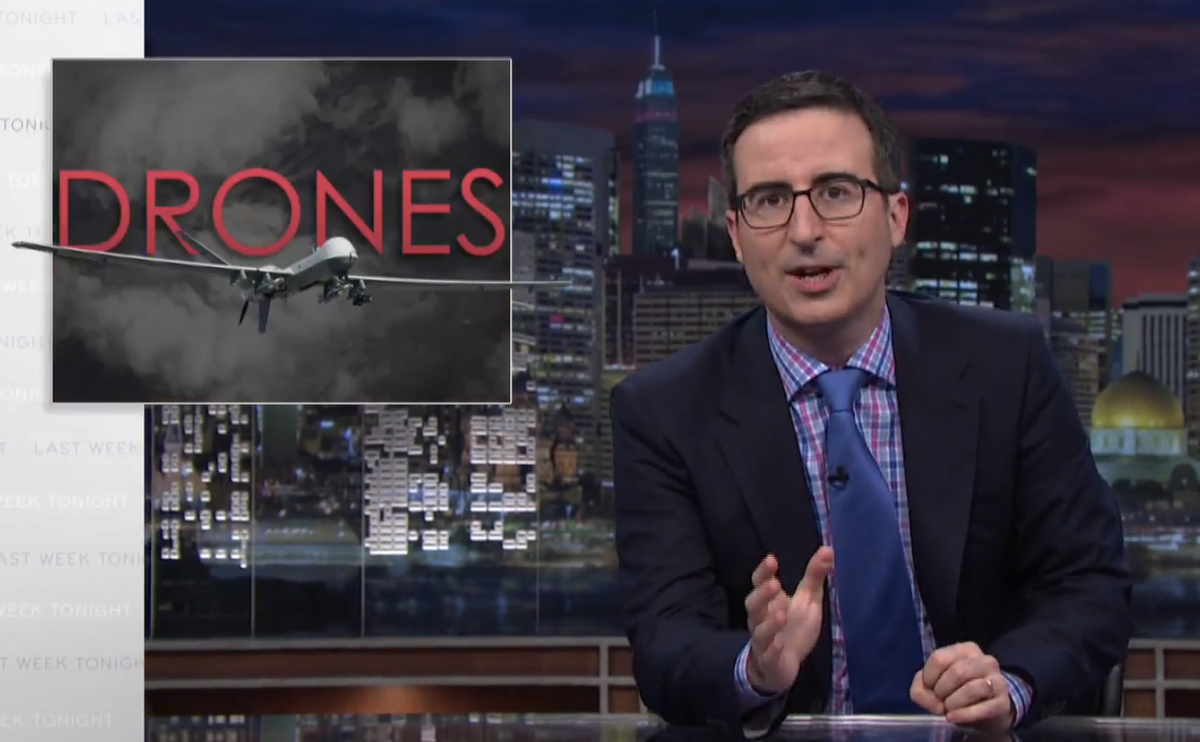 Drones are an incredibly deadly part of U.S. policy, one that Americans are woefully ignorant about. And not just because the American public has the luxury of blue skies free of predator drones, but also because the media doesn't always report on strikes, and our own government has a large knowledge gap about the strikes -- including how many people have been killed.

"Drone strikes are one of those things where it's really convenient not to think about that much," Oliver states. "Like the daily life of a circus elephant, or the fact that Beck is a Scientologist. You really don't want people reminding you of those kinds of things." Yet Oliver steps up and reminds the American people that drones are something we must pay attention to. Watch the clip below: