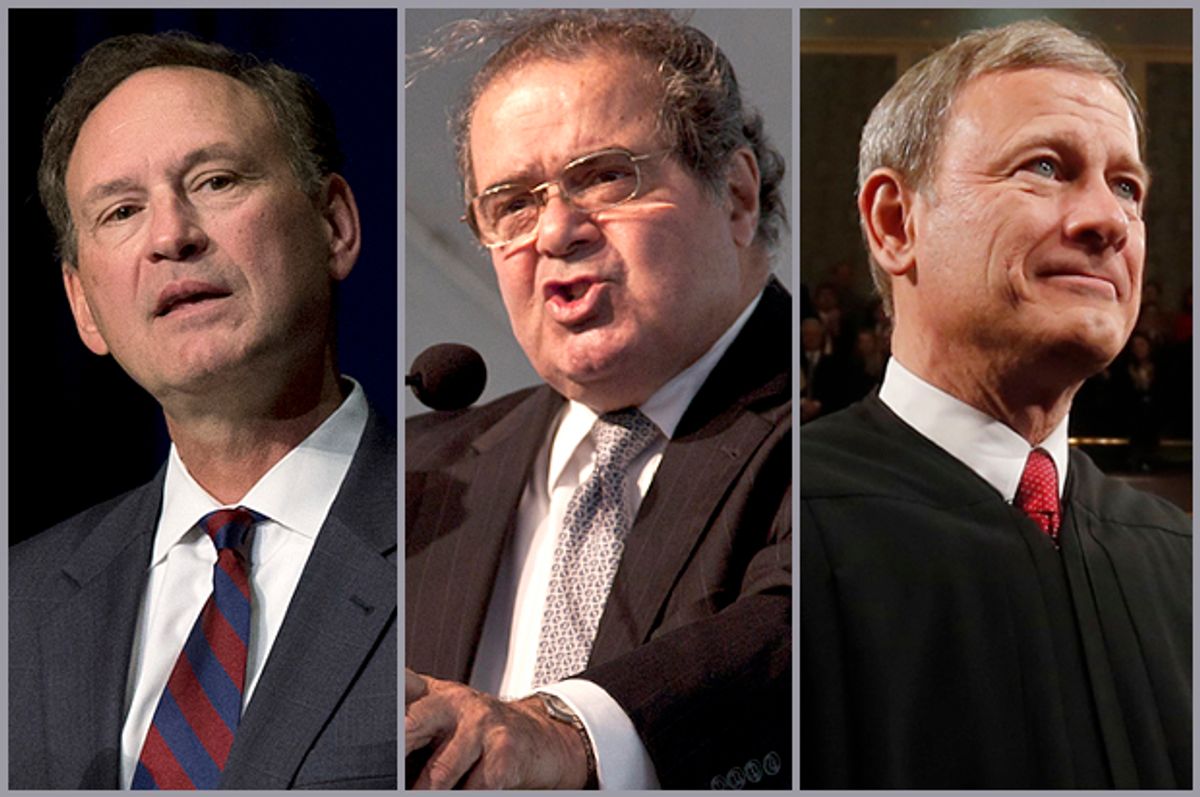 Last week, Vox’s Ezra Klein made an important observation about the Affordable Care Act and the way it’s covered by the conservative media. The gist of it is that the law is doing pretty much what it’s supposed to be doing – uninsurance rates are going down, insurers are signing up for the marketplaces, premiums are lower than anticipated – and yet the conservative press continues to treat the law as a gigantic, sprawling failure.

As Klein pointed out, the problem isn’t that conservatives are “lying” about the Affordable Care Act (though that is a problem) but rather that they’re just disregarding the news that doesn’t portray the law in a negative light. “The Affordable Care Act is a huge law,” he wrote, “and at any given moment, there are some good things happening in it and some bad things happening in it. If you run multiple articles every day on the problems and nothing on the broader trends, it's easy to mislead your audience.”

This is an expression of the broader conservative belief that the Affordable Care Act is not just bad policy, but an actual “cancer” that threatens to destroy the country. When you hold it as an article of faith that Obamacare is dangerous and a catastrophe, you’re not apt to acknowledge any piece of news that challenges your assumptions. Ideological considerations trump the actual facts of the matter. Eventually, the tension between the conservative media’s pessimistic take on the law and the real-world performance of the ACA will become too great for the right-wing fiction to be maintained. But for now, they’ll simply blow off the “bad” news and convince themselves they’re right.

The same dynamic is at play in the legal challenges to Obamacare. The Halbig case is the last great conservative hope for undoing the Affordable Care Act, and right now it’s not doing so hot. The legally dubious argument put forward by the Halbig plaintiffs is that one snippet of text in the law invalidates the tax subsidies given to people who purchased their coverage through Healthcare.gov. Two conservatives on a three-judge panel of the D.C. Circuit were convinced of its merits and ruled in favor of the plaintiffs this summer. That ruling was vacated earlier this month when the full D.C. Circuit agreed to rehear the case, thus greatly reducing the chances that it will make it to the Supreme Court.

But that doesn’t bother Michael Carvin, attorney for the Halbig plaintiffs, who is confident that his case will make it to the Supreme Court. His confidence, he explained to TPM’s Sahil Kapur, derives from his faith that the conservatives on the high court will simply ignore the legal rulings upholding the ACA:

"I don't know that four justices, who are needed to [take the case] here, are going to give much of a damn about what a bunch of Obama appointees on the D.C. Circuit think," Carvin told TPM on Thursday, after a Heritage Foundation event previewing the upcoming Supreme Court term. "This is a hugely important case."

That’s a telling remark for a couple of reasons. First of all, it makes perfectly clear just how much the Halbig case relies on ideology trumping the actual legal reasoning. The full D.C. Circuit Court, the majority of which is Democrat-appointed (including a number of Obama appointees), is likely to rule against Carvin and his client. The 4th Circuit Court of Appeals already ruled on a similar lawsuit upholding the provision of tax credits through the federal exchanges. As a matter of general practice, the Supreme Court is less likely to take up a case if there is no lower court dispute to resolve.

Carvin is saying that none of that will matter because the Supreme Court’s conservative bloc will dismiss whatever the D.C. Circuit argues as mere partisanship. The hopes for his case rest on the willingness of Republican-appointed judges on the Supreme Court to act like partisans themselves. “If you've gone through that process and you don't really care what [the Obama-appointed judges] think,” Carvin told TPM, “then I think the calculus would be, well let's take it now and get it resolved.”

The other reason his remark is significant is that while it’s definitely a cynical way to view the judiciary, he’s not actually wrong. We tend to have this dissonant view of the judiciary in which we expect it to be a beacon of independent fealty to the law, but we also root for it to act in overtly partisan fashion when it suits our interests. The judges are, after all, real people with ideologies all their own, and they're chosen for their positions by presidents whose primary interest is to further the influence of their own ideologies. The reason liberals were so enthused that the full D.C. Circuit Court is going to hear the Halbig case is precisely because there are so many Democrat-appointed judges on that court, and the expectation is that they’ll act to protect the Democratic president’s signature legislation.

That’s not to say there’s a fundamental disconnect between the law and ideology, nor to say that there are no “independent” judges. You can be as partisan as you please and still have the better legal argument. What makes Halbig so remarkable is that its strength as a case relies heavily on the partisanship of the judges and their assumed willingness to put ideology before the law.