Quiz: Can you tell the difference between National Review's Kevin Williamson and a 4chan troll?

After he caused a stir this weekend by saying women who have abortions should be hanged, it's time to ask 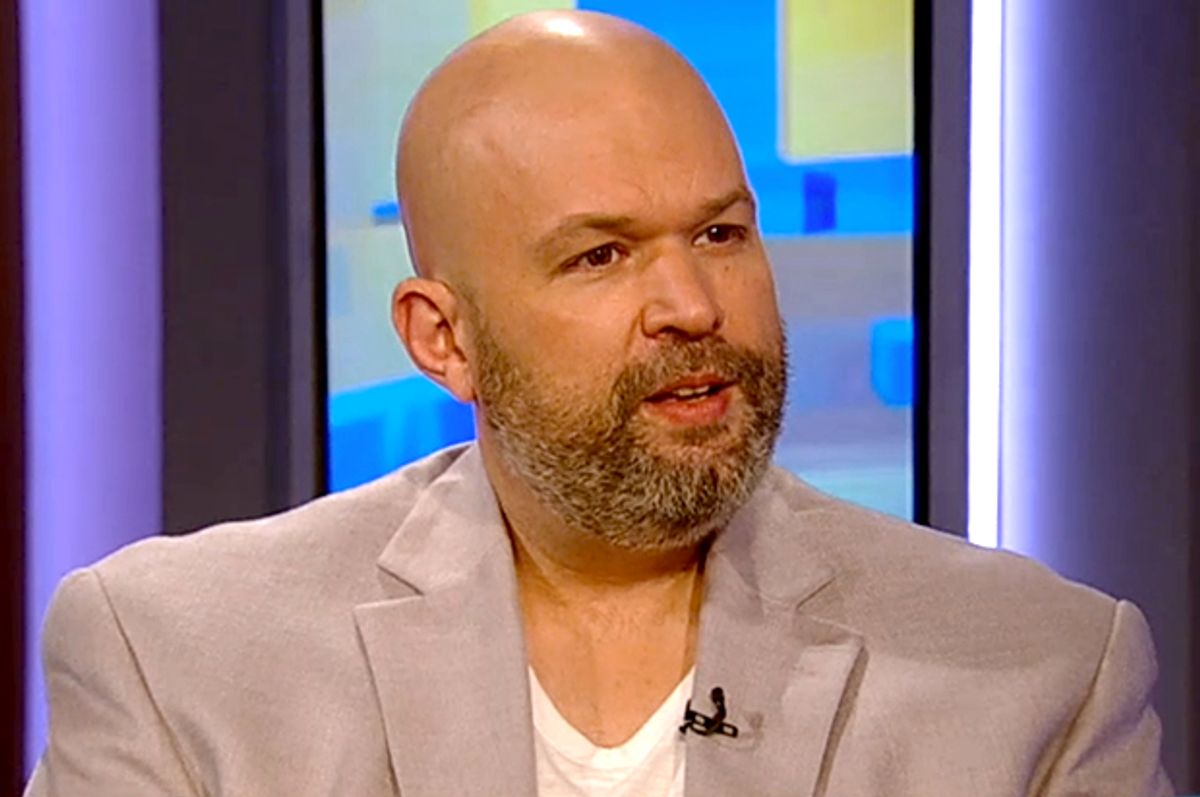 Kevin Williamson, the National Review writer who was once best known as The Guy Who Flipped Out At A Broadway Musical, but who has recently tweaked his brand by adding healthy dollops of transphobia and racism, did it again this weekend, flexing his increasingly well-toned troll muscles by advocating state resources be devoted to killing women who have abortions.

"I have hanging more in mind," Williamson tweeted when asked by a Twitter interlocutor whether he really considers abortion to be murder, and thus deserving of a sentence of life without parole. Here's a quick Storify I made to give you the essentials (I left out parts where Williamson says he'd want the doctors who performed the procedure to die, too):

Anyway, since Williamson is clearly pretty invested in his nascent persona as National Review's in-house Erick Erickson impersonator, I figured now would be a good time to put his trolling to the test and see if it can stand up to the masterful displays of willfully anti-social and hostile online behavior that have put notorious Internet cesspool 4chan on the map.

So here's a quiz, featuring some quotes that come either from Williamson or an anonymous 4chan wannabe sociopath. Your mission, should you choose to accept it, is to determine which came from one of the premiere writers at conservatism's most august publication, and which came from the place where people go to send anonymous death threats. Best of luck, and scroll to the bottom to find the correct answers.

1. "Can't wait to launch my Palestine boycott. As soon as they start making something, it's on."

2. "Professor Obama? Two daughters. May as well give the guy a cardigan. And fallopian tubes."

3. "The fictitious rape epidemic is necessary to support the fiction of “rape culture,” by which feminists mean anything other than an actual rape culture ... 'Rape culture' simply means speech or thought that feminists disapprove of and wish to suppress."

4. "Regardless of the question of whether he has had his genitals amputated, Cox is not a woman, but an effigy of a woman."

5. "Of course the law is against Cliven Bundy. ... The law was against Mohandas Gandhi, too"

6. "The guy looks remarkably like Snoop Dogg ... He glances slyly from side to side, making sure his audience is taking all this in, before raising his palms to his clavicles, elbows akimbo, in the universal gesture of primate territorial challenge."