Study on reproductive rights and domestic violence: Being denied an abortion "tethered women to violent men" 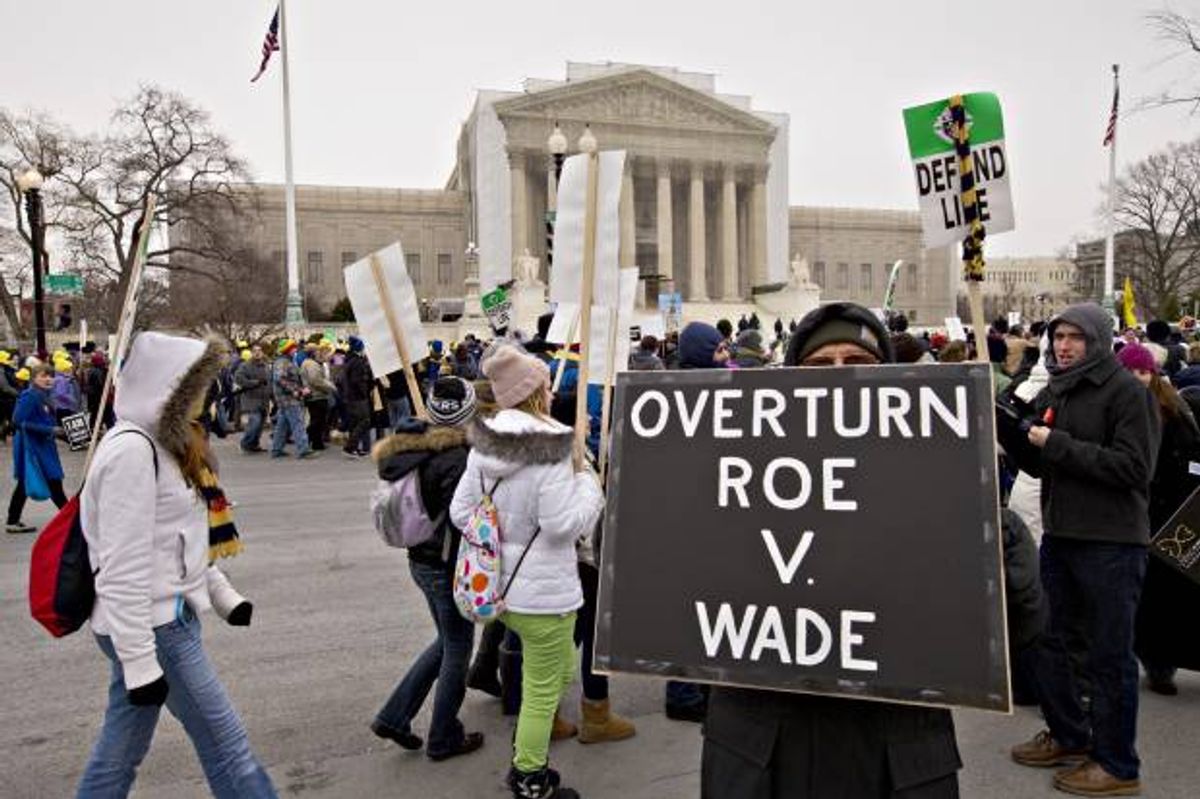 Demographer Diana Greene Foster studies the effects of unintended pregnancy on women's lives. Foster and a team of researchers have spent years interviewing women who were able to terminate their pregnancies close to the cut-off date, usually around 20 weeks, to demographically similar women who wanted an abortion but -- often because their pregnancies exceeded gestational limits for the procedure -- were turned away by clinics. (This is a reality that more women will be forced to confront as state legislatures continue to pass laws designed to shutter clinics and place time, economic and geographical barriers between women and basic medical care.)

The interviews cover topics from physical and mental health to employment and relationships. On Monday, findings from the study on intimate partner violence, pregnancy, parenthood and abortion were published by BMC Medicine, and those findings were striking.

Foster noted that some of the women interviewed for the study indicated that they wanted to end their pregnancies because they did not want the man involved in the pregnancy to be part of their lives or a possible child's lives, sometimes because the men were abusive. But when these women were unable to terminate the pregnancies, the men often stayed involved in their lives.

To illustrate these findings, let’s return to the example of Alicia and Beth -- both women experienced violence from the man involved in the pregnancy. Alicia, who was denied the abortion and consequently gave birth to a baby, considered the man a boyfriend at the time of conception. Six months later their relationship was no longer romantic.

Still, she had ongoing contact with him and described episodes of violence at both one year and two years after seeking an abortion. At one point, she reported symptoms of post-traumatic stress disorder that she attributed to being attacked by the man and from the stress of having had her child taken temporarily by the police.

Beth gave, as her reason for having the abortion, that she “did not want to have any part in [the man’s] life any more. “I have been mentally abused by [him] daily, and I didn’t want to have a child with him.”  Beth and the man were engaged at the time of conception. She was still in contact with him six months later after the abortion, but they were not romantically involved. She reported no ongoing contact with him at two years.

Women who wanted to terminate pregnancies for fear of continued or escalating abuse had good reason to be concerned. "Those fears were unfortunately borne out in the lived experiences of some of the women who were denied abortions who experience continued violence. In other words, these women were right," according to Foster.

And this is, perhaps, the part that lawmakers across the country seem to be having the most trouble with. That women are making informed choices when they decide to end a pregnancy. Informed choices that no 72-hour waiting period, no "sidewalk counseling" will do much to change.