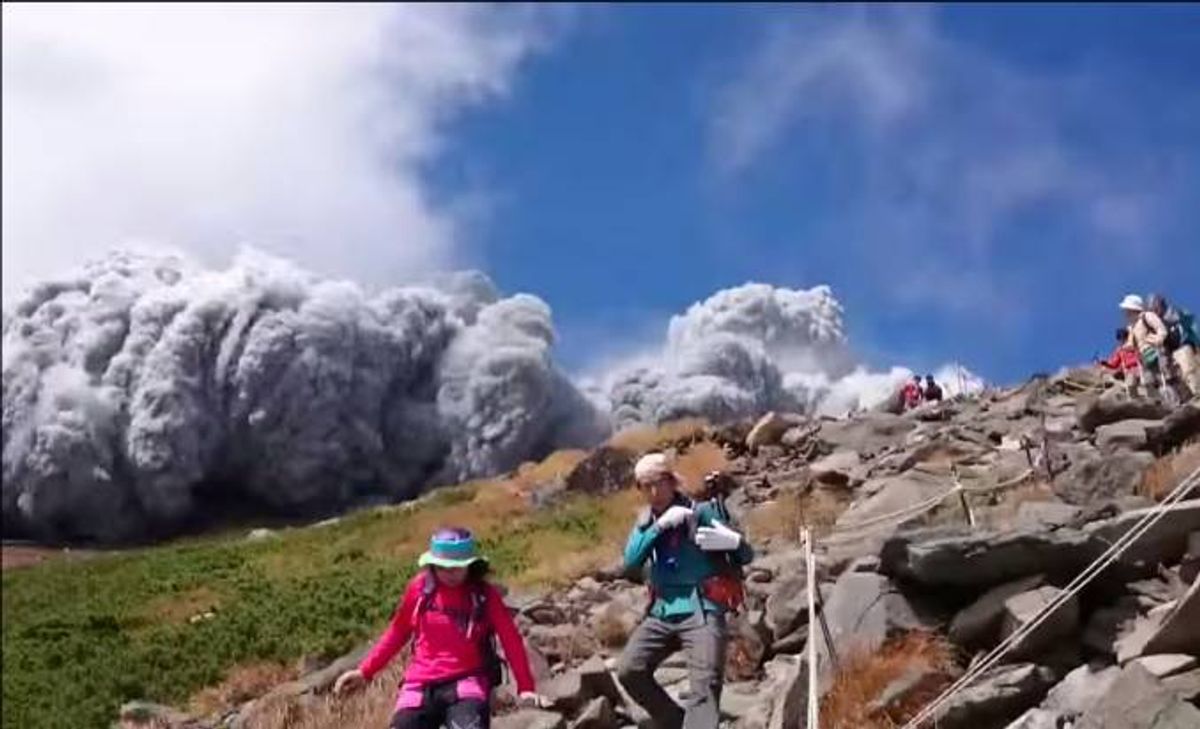 On Saturday, Japan's Mount Ontake volcano erupted, releasing an enormous cloud that thundered down the mountain, enveloping over 200 hikers in thick ash and rocks. According to the Nagano Prefecture Police, 36 people are presumed dead, with twelve having been recovered and identified, and 24 still on the mountain.

As of Monday, the search for more bodies had been suspended due to the mountain's expulsion of dangerous hydrogen sulfide gas.

Authorities estimated there were 200 to 250 hikers in the area at the time of the eruption. Most of them were reported to have managed to make the long trek down the mountain.

But some people remained trapped in several lodges on Mount Ontake, and others were missing altogether, local authorities said.

More than 350 rescue workers -- a mix of police, firefighters and military personnel -- began climbing two separate routes up the mountain on Sunday morning, authorities in the nearby village of Otaki said.

They said they observed 17-20 inches (40-50 centimeters) of volcanic ash covering the ground in some areas.

The Japan Meteorological Agency has declared the Volcanic Alert Level for the mountain to 3, meaning that people are instructed not to approach the volcano under any circumstances, as another eruption could take place within the next week. Mount Ontake is Japan's second tallest mountain (after Mount Fuji) at 10,060 feet.

A number of videos of the eruption have surfaced, painting a horrific picture of how it might have felt to be caught in the event. The following two videos capture the eruption from the air and, all the more terrifying, from the perspective of a hiker as he is engulfed by ash.