In a swaggering "60 Minutes" interview, the president shows how Washington defends its thirst for endless war 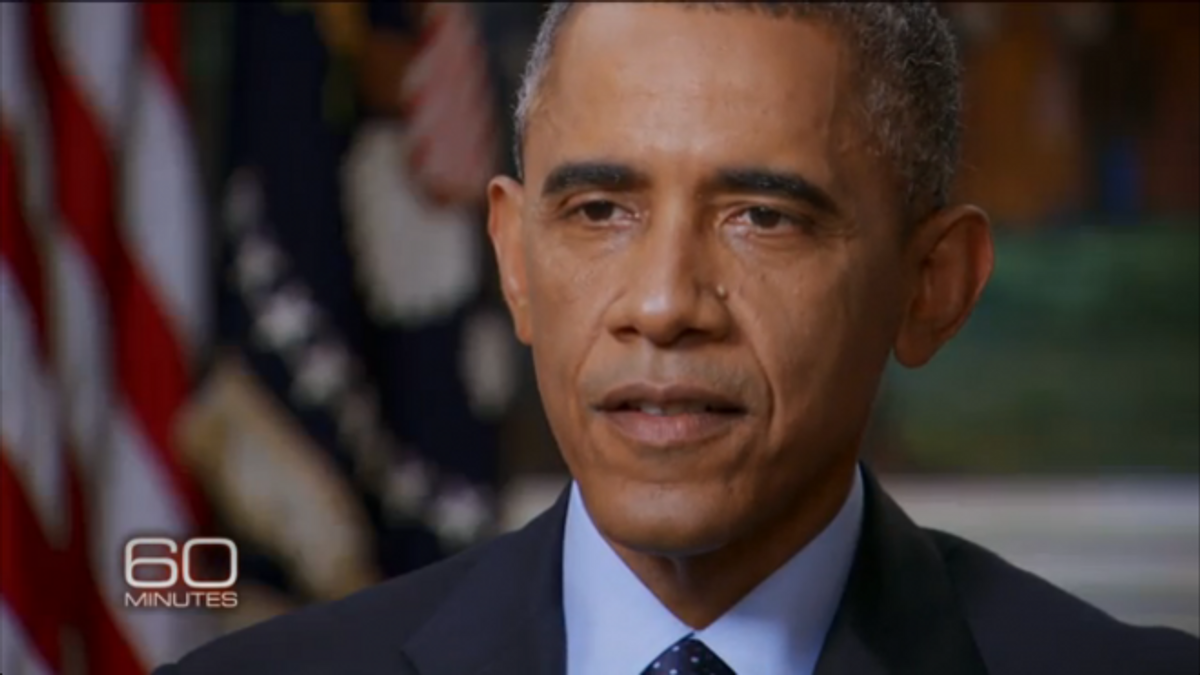 Among the many things that make the United States such an exceptional nation, its relative unwillingness to spend money on programs to better its citizens' lives is especially notable. Ditto its utterly unrivaled enthusiasm for spending its money on programs to make it easier to end other citizens' lives. But while it's true that Americans work more for less, it's also true that no other country's political class is quite so festooned with top-of-the-line killing machines, or so unencumbered when it comes to deploying those killing machines wherever and whenever they please.

Assuming you're not a defense contractor lobbyist or lifetime bureaucratic warrior in the Pentagon, it doesn't sound like too good a deal for the vast majority of America's 300-million-plus population. But as President Obama showed during Sunday night's new interview with Steve Kroft for "60 Minutes," there's a tried and true way that U.S. leadership manages to square that circle: By telling Americans that the globe is in many ways like a big university — one where the United States is the undisputed big man on campus.

"It looks like once again we are leading the operation," Kroft complained to the president, noting that despite Obama's efforts to build a broad coalition for his war against ISIS, the United States found itself still in the role of first among equals when it came to shouldering the campaign's burden. It was a pointed question to deliver to a president who was ushered into office in part on a promise to wield America's military more wisely, more judiciously and with more of a mind on the problems unresolved at home.

Having reduced geopolitics to the level of "Ghostbusters" (because when there's sectarian killing born from a centuries-long ethnic and cultural conflict in your neighborhood, who ya gonna call?) Obama continued, "When there's a typhoon in the Philippines, take a look at who's helping the Philippines deal with that situation. When there's an earthquake in Haiti, take a look at who's leading the charge, making sure Haiti can rebuild."

Obama then laid down the hammer, delivering the sound bite one imagines White House message mavens thought was terrifically badass when they came up with it during the waning hours of an all-night planning session some recent, godforsaken morning: "That's how we roll," the president of the United States said. "That's what makes us America." ("Bring 'em on!" was already taken.)

So if in years ahead — perhaps during a time when the debate has shifted from whether to send troops back to Iraq to how many troops we should send; or perhaps during the next time when a temporary economic downturn persuades the most serious people in Washington that the welfare state is a luxury the United States cannot afford — you find yourself wondering why the debate in Washington is always between less welfare and more war now or less welfare and more war later, remember what Barack Obama told you.

That's how we roll. Because we're America.