Why did the "Girls" girl do an about-face? 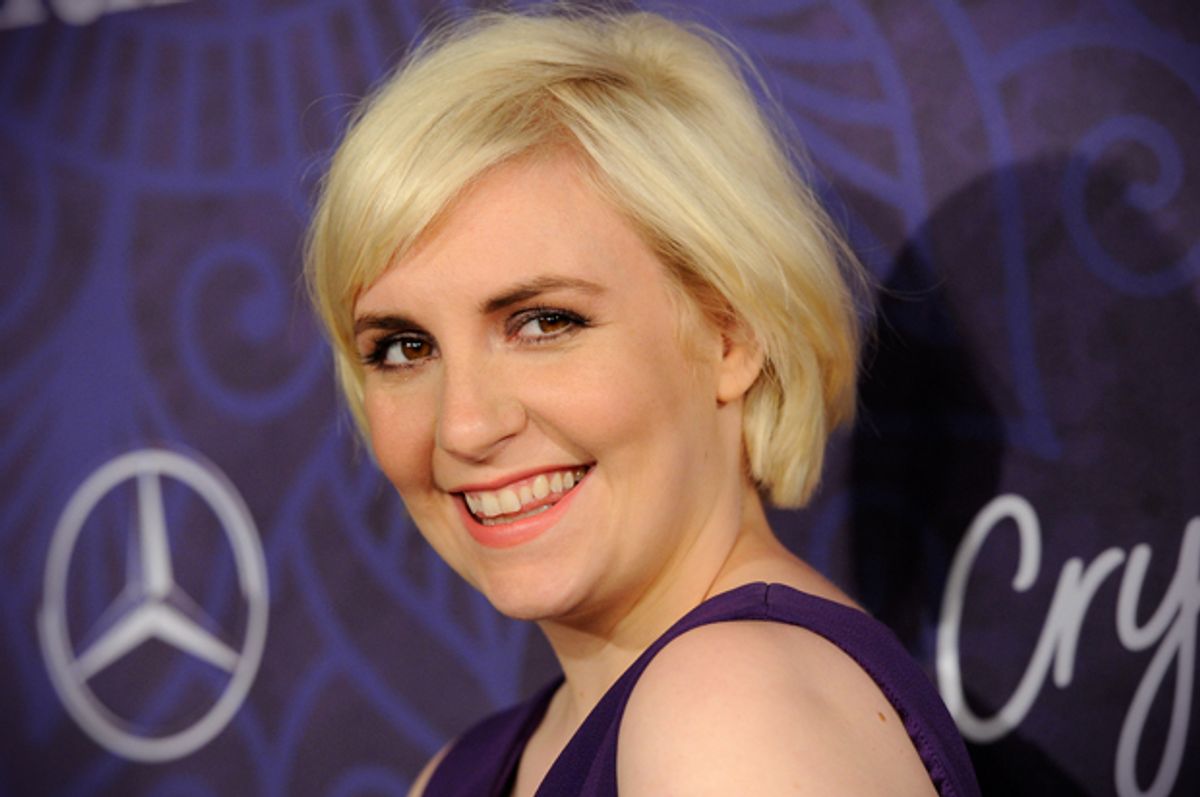 On Monday, Lena Dunham announced that she is going to pay the people who open for her on her book tour now. But why did the word "now" have to be part at that sentence?

Just a day before, the New York Times wrote of how Dunham's 11-city tour for her first book, "Not That Kind of Girl," is rapidly becoming the season's "Hot Ticket." It also mentioned how Dunham had put out the call for performers to serve as her warm-up act. "I found the idea of a traditional author tour, where you go and stand behind the lectern and talk about yourself, I found it a little bit embarrassing, a little blatantly self-promotional and a little boring," she explained. "I wanted it to have an arts festival feel, which is why we now have all these remarkable, special weirdos who I found on the Internet." After screening nearly 600 applicants, she chose seven who would be "performing free of charge." Dunhan's readings, by the way, have so far sold roughly 8,000 tickets at $38 a pop. And the discrepancy between what Dunham is making and what her supporting artists are making did not escape the attention of many fans and critics alike.

Dunham's arrangement also reminded plenty of people of what happened two years ago, when Amanda Palmer put out a similar call for "professional-ish horns and strings" to play with her on her tour, promising in compensation to "thank you mightily for adding to the big noise we are planning to make." After a spirited public debate over the plan – including responses from artists who were happy to join in the "big noise" free of charge, Palmer, who raised $1.2 million for her music project on Kickstarter, relented and announced, "We have decided we should pay all of our guest musicians."

Likewise, Dunham has now reversed her course, tweeting Monday evening that "As an artist raised by artists, no one believes more than I do that creators should be fairly compensated for their work. This feature of the tour was meant to be a way to showcase local talent and I could not be more excited about it. Some good points were raised and I've ensured that all opening acts will be compensated for their time, their labor and their talents."

I'm a fan of Dunham's – of her candor and wit and her risk taking and her outspoken support for reproductive rights and encouragement of women's political involvement. I'm happy that she wanted to do something different with her book tour and to give exposure to emerging artists. I absolutely believe her intentions are good and that she's trying to make her actions likewise. I also think that this entire episode shows one of the great and frustrating problems with what is sometimes referred to as the creative class.

Dunham acknowledges her parents were artists and that she believes artists should be paid -- why then didn't she build payment into her initial model when she was putting together her tour? Could it be because she grew up in what can be described as privileged circumstances? Her parents aren't just artists – they're successful, retrospective-having, fellowship-winning artists. She attended private school. She is currently very, very rich. Forget HBO; she reportedly got $3.7 million for her new book alone. None of this means that she isn't genuinely talented or deserving of the awards she's received or the audience she's built. It just means this – there are people in the world doing interesting and beautiful things and they are also doing them from the very fortunate position of not having to think about how they're going to buy food. They are doing it from the place of not hoping they don't get sick because they don't want to have to crowd-fund their treatment. The compelling reason that someone doesn't make compensating the people who are working for her priority one is because money is simply not as big a deal for her. She can choose to do stuff for fun and for free, so she can forget that other people do it for money they need to go on living.

As Hollywood legacy Gwyneth Paltrow once put it, "I can’t pretend to be somebody who makes $25,000 a year." You just might want to try to remember sometimes what it's like for those people who do. I recall once being at a Manhattan party, talking with some fellow parents, and mentioning the difficult process of getting a child in the city's academically desirable public schools. "Why don't you just send your kids to private school?" a fellow partygoer asked, in total seriousness. And see, that's it. Why don't the people just eat cake? She was probably a very nice person. She just lived in a world in which the question of paying for private school very clearly never factored into her question. When you have money, it's easy to forget about money.

So if your stepdad was a physicist and you went to Wesleyan, you may just be the kind of person whose initial impulse isn't to pay people. Not because you're bad or mean or stingy. But because as Amanda Palmer herself very insightfully has said, "It’s one thing to decide, independently, that you’ll play for free. It’s another to be a person with a lot of money who asks other people for free labor." And she aptly adds, "Folks in the latter position shouldn’t confuse themselves with folks in the former."