The scholar, famous for his takedown of Fox, recently appeared on CNN to pick apart the comedian's simplistic logic 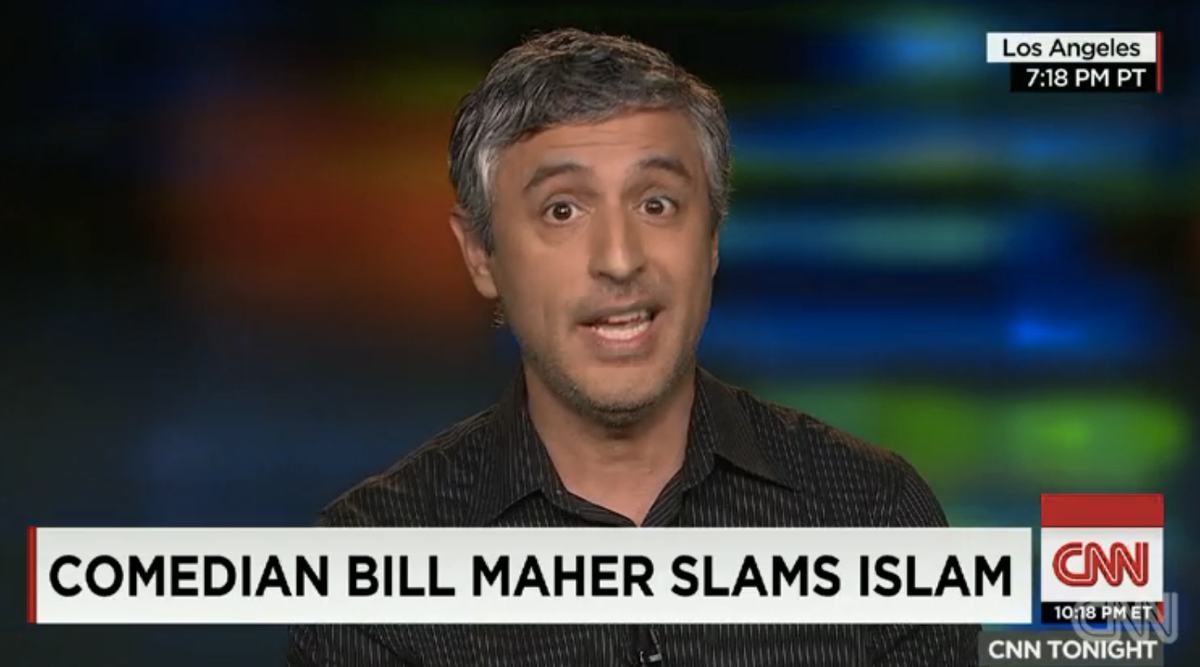 Comedian Bill Maher recently made some comments about Islamic countries that characterized them as more prone to violence, misogyny and bigotry, and now religious scholar Reza Aslan has called Maher out on his own "bigotry." Aslan, who became famous when he skewered Fox News, appeared on CNN to pick apart Maher's "not very sophisticated" and "facile arguments" that characterize Muslim nations as all the same. As is evident from the CNN bit, these arguments are not unique to Maher, making Aslan's nuanced argument an essential one to keep in mind as we increase military action in the Middle East.

Here's Aslan's point: "To say Muslim countries, as though Pakistan and Turkey are the same… it’s frankly, and I use this word seriously, stupid!”

Saudi Arabia's laws are "extremist," he noted, not just to Westerners, but even within the "the rights and responsibilities of Muslim women around the world."

He also pointed out the U.S.'s own hypocrisy in calling out ISIS for its brutality while partnering with Saudi Arabia: "Look, Saudi Arabia is one of the most, if not the most, extremist countries in the world. In the month that we've been talking about ISIS and their terrible actions in Iraq and Syria, Saudi Arabia, our closest ally, has beheaded 19 people."

Aslan, at this point pretty annoyed with Lemon and co-anchor Alisyn Camerota's consistent mischaracterizations of his words, explained, "Islam doesn't promote violence or peace. Islam is just a religion, and like every religion in the world, it depends on what you bring to it. If you're a violent person, your Islam, your Judaism, your Christianity, your Hinduism, is going to be violent."