The 8 most unceremonious deaths of television characters

As "The Simpsons" kills off a beloved character, here are some others who were axed in the cruelest ways possible 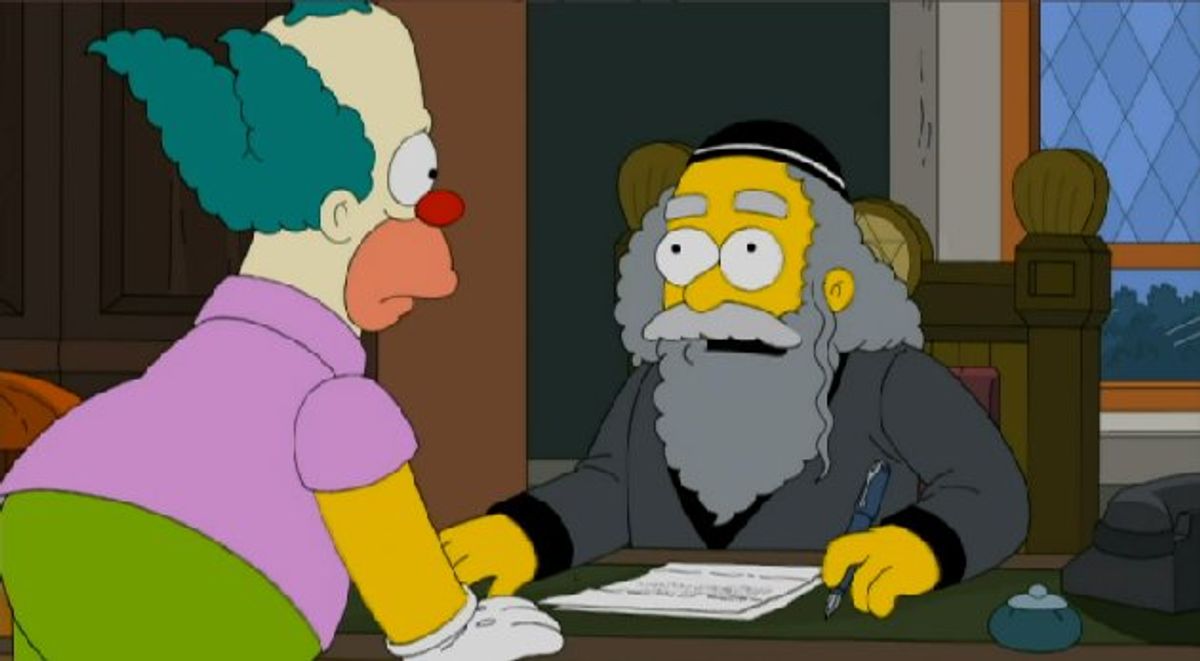 Even devout "Simpsons" fans, who have lowered expectations for the last dozen seasons or so, were irritated with the show for killing off Rabbi Hyman Krustofski, father of Krusty the Clown, on Sunday night. Trailers for the Season 26 premiere teased a death of a major, beloved character -- a threat not to be taken lightly from a show that has killed off Maude Flanders and Bleeding Gums Murphy.

But Krustofski is a minor character and he died suddenly without explanation. It seemed like a plot point to set up the episode -- one that was marketed to promote the show's premiere. It was a huge letdown for fans.

The death will go down in television history as one of the most unjust, least satisfying deaths ever to happen to a character. But Krustofski's death is hardly the most angering, considering these eight others:

Anya from "Buffy: The Vampire Slayer"

This is "Buffy," a Joss Whedon show, so of course there are numerous and gratuitous deaths, often swift and always tragic. But Anya's was one of the least necessary deaths, and it happened without much thought in a season finale. According to Whedon, this was intentional. In an interview with TV Guide in 2003, he said:

I wanted to kill somebody, and I wanted to do it brutally and suddenly and never really pay it off. I wanted a death that was a real middle-of-the-battle death — the opposite of the Spike death, [which was] perfect, noble. And Emma [Caufield] had made it clear that she really was not interested in coming back. I think things with Fox weren't great and she felt ill-used — not by the show. She had a good time making the show, I think. But she was ready to move on. But it was tough [killing her off]. The last shot before we wrapped her was that shot where she gets sliced. And it's very weird to play your death and go, "Okay, I'm done."

All of these people from "Game of Thrones"

We get that "all men must die," but in HBO's fantasy series and George R.R. Martin's books, death is almost a game. "Game of Thrones" plays with our sense of story when death is so common that there has to be a reason to watch that goes beyond the various characters. Judging by the show's popularity, there are many reasons to watch. But it doesn't make the gratuitous violence any less frustrating.

Just when the handsome, kindhearted Matthew Crawley had settled down with his true love Mary, he was killed unceremoniously in a car crash -- the same day his infant son was born. As is the case with many of these untimely and sudden TV character deaths (see Anya, above), actor Dan Stevens reportedly wanted to pursue other ambitions. What made the death even worse (for American fans) was that British media outlets ran with the news before the show had aired in America.

Like the Defense Against the Dark Arts position at Hogwarts, partners of NYPD cop Andy Sipowicz seemed doomed from the start. Of these, the troubled Detective Danny Sorenson met the worst fate: death, not just off-screen, but off-season.

At the end of Season 8, Sorenson gets involved with a stripper and disappears. In Season 9, we learn that he was murdered. The cops find his body rolled up in a carpet.

Charlie Harper, "Two and a Half Men"

No one really missed Charlie Sheen or his alter-ego Charlie Harper on "Two and a Half Men," but his off-screen death was surprisingly harsh considering Sheen was the star of the CBS series. This was, of course, during Sheen's public meltdown when CBS's Chuck Lorre distanced himself as far as possible from Sheen. Harper was killed between seasons, after being hit by a train in Paris. (After all that, Sheen reportedly wants to come back to the series).

Tara Thornton, a major character who was with the hit show "True Blood" for all seven seasons, was killed off in the Season 7 premiere. She died off-screen, after an altercation with a vampire. It was so confusing and so frustrating that fans speculated whether or not she had really died (she had).

Roz Shays, ruthless litigator hellbent on becoming a senior partner, died in perhaps the most unsatisfying, least dignified manner possible for a major television show character: She walked into an empty elevator shaft and plummeted to her death.

The Sixth Doctor, "Doctor Who"

Due to internal politics at BBC One, sixth Doctor Colin Baker was fired, replaced Seventh Doctor Sylvester McCoy. As a consequence of the firing, the transition between the doctors didn't go well: The Sixth Doctor's death was played by McCoy in a wig and then regenerated as the Seventh Doctor, sans wig.