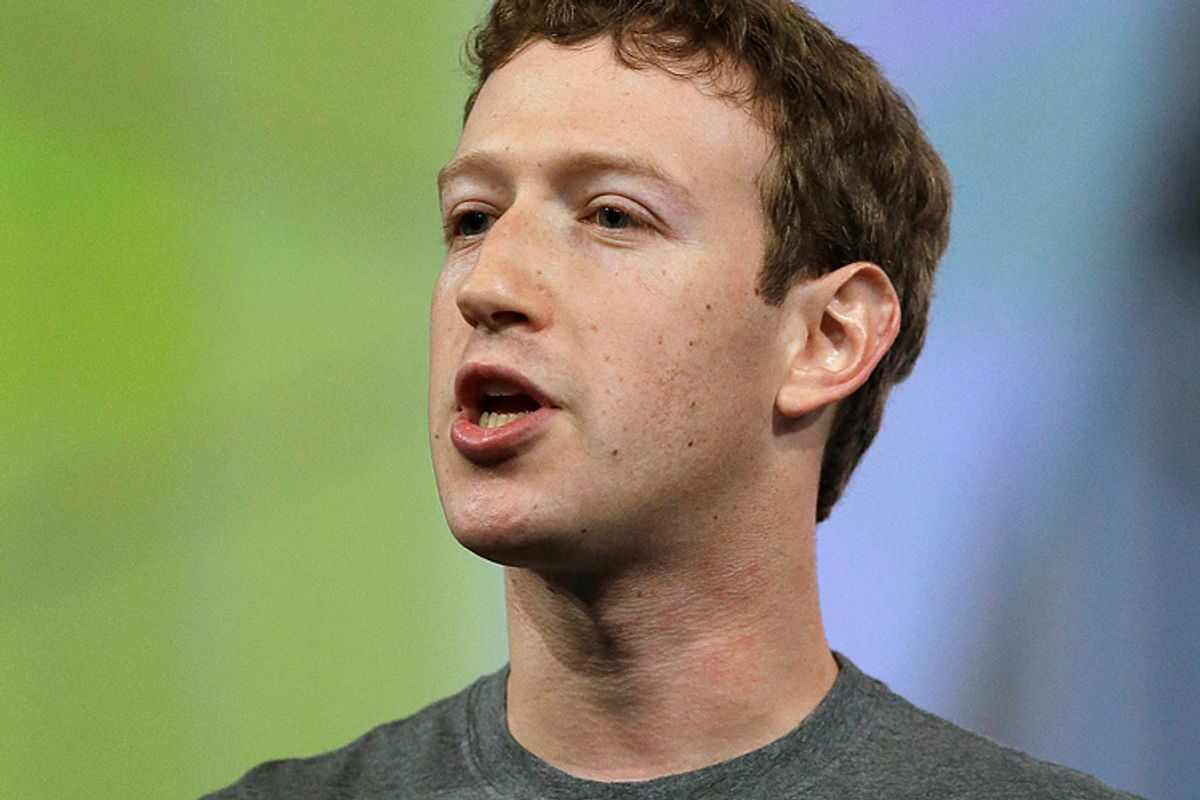 Everyone’s having kittens over Facebook’s Messenger app and the company’s irritating decision to split its mobile services into two different applications. Cast a stone on Twitter and you’ll likely hit someone ready to rant about their hatred for the application, which has paradoxically dominated the App Store, performing similarly well on Android.

Craig Gamble wrote a truly spectacularly crotchety rant about Facebook’s most irritating qualities for The Sydney Morning Herald, demonstrating both that the curmudgeonly op-ed has not yet died and that Facebook’s Messenger move is infuriating its user base:

The thing is, I don't want another messaging app on my phone just to receive the odd Facebook message. I already have several, and being compelled to install another did not make me happy. I mean, WhatsApp with that?

38 percent of the global mobile audience is using Facebook Messenger, though, which is a truly boggling amount of people given the loathing with which it’s been greeted. The company has been forcing European users to switch to Messenger since April, and it made a similar change in the U.S. this summer—so the widespread adoption of the app may have more to do with being forced to choke it down than it does with genuine enthusiasm.

Covering the app for TechCrunch, Josh Constine noted that users might be resenting the forced change, especially in light of Facebook’s recent sins, but that Facebook itself seems convinced Messenger will be a big hit:

Facebook counters that people send more photos, group messages, videos, stickers, and audio clips while using Messenger. That’s supposedly means they’re having a better experience. With 200 million users on Messenger sending 12 billion messages a day, Facebook wants to unify its efforts around the app and skip out on maintaining code for a parallel version inside its main apps.

He points out that much of the push to get users to switch to the app may be part of a larger long-term plan. “[T]he move might be a smart way to boost messaging usage and acclimate users to Facebook’s burgeoning standalone app family that also includes Paper and Slingshot," Constine argues. "Eventually it could also make Facebook money, as last week CEO Mark Zuckerberg confirmed that Messenger would eventually be monetized by allowing payments.”

If Facebook can’t encourage users to adopt external apps within the family of products it’s marketing (how many people use Slingshot?), perhaps it can compel them to make the switch with the logic that it knows better than its own users. It’s a time-tested tactic—one bolstered by other sites that have also tried to push users into accepting considerable changes (see Flickr, for example, which has infuriated users through progressively worse interface designs). Give users time, in other words, and they’ll get used to it.

Constine grudgingly admits that there’s a lot to like about Messenger, including a smoother, cleaner interface and a variety of user features. That said, he argues, “With plenty of other messaging apps as well as SMS available, they have plenty of places to [be] taking their mobile chatting.”

Some users do appear to be enjoying features like stickers and emoticons, as well as free calling, but in an era when there are a slew of apps for messaging (as well as native texting services built into most phones) and most providers charge little to nothing for calls (it’s all in data plans these days), these features aren’t quite enough to draw consumers to the app unless they’re already yoked to it through Facebook and their desire to stay in touch with their networks on the go.

Covering the rise of Messenger at Quartz, Dan Frommer notes that the firm may have felt pressured by the rise of independent messaging apps to create its own. The decision to not only build Messenger but force all of its mobile users onto it may have been a brilliant business strategy, as Facebook didn’t just release an app: It took advantage of a captive audience.

In the long term, that may transmute into consumer satisfaction, interest in new versions, and adoption outside the core Facebook audience. That’s certainly the company’s hope, as it, like other Internet companies, is understanding the power of expanding horizontally across the web, but also vertically across multiple platforms and environments. Just as Google wants to be everywhere in your home, so Facebook wants to be your go-to.

The strategy could backfire spectacularly, however. It’s dependent on an assumption that viewers will tolerate Messenger like they’ve tolerated Facebook’s other sins, including yet another round of crackdowns on the “real name” policy, recent revelations about social experiments conducted on users, ongoing privacy concerns, and, of course, worries about the security of Messenger itself.

That assumption could be based on false confidence, given the growing backlash against Facebook. While the site has become ubiquitous in society and popular culture thanks to the fact that it effectively beat down rivals like MySpace and Friendster, more and more groups of people are growing skeptical about what the site has to offer between acrimonious political arguing and privacy violations.

Forcing users to download an entirely separate app for messaging each other may work as a short-term strategy, as users attached to the service irritably download it in order to keep in touch with their social networks. What’s less clear from the download statistics, however, is how many of the downloads come from Facebook power users and digital trendsetters who will push through the social acceptance that the app needs. If it’s not being picked up by those core users, downloads will trickle off once the initial push is over.

Mark Zuckerberg may be no stranger to endless construction projects that tick his neighbors off in the real world, but the same aggressive strategy might not work when it comes to his products. A handful of grumpy neighbors complaining about 18 months of construction noise, after all, is nothing compared to the collective voice of the Internet.

Yahoo C.E.O. Terry Semel famously said that he “didn’t give a shit about” the community at Flickr when the company snapped up the once-ubiquitous photo sharing site. All Yahoo wanted was a massive index of searchable images, which it managed to buy up in a single well-orchestrated deal.

Facebook, in recent years, has demonstrated a growing lack of interest in its community, despite its “people first” slogan, as rollouts like Messenger demonstrate. That could prove to be its undoing, as when a community turns restless, it can turn on its masters.