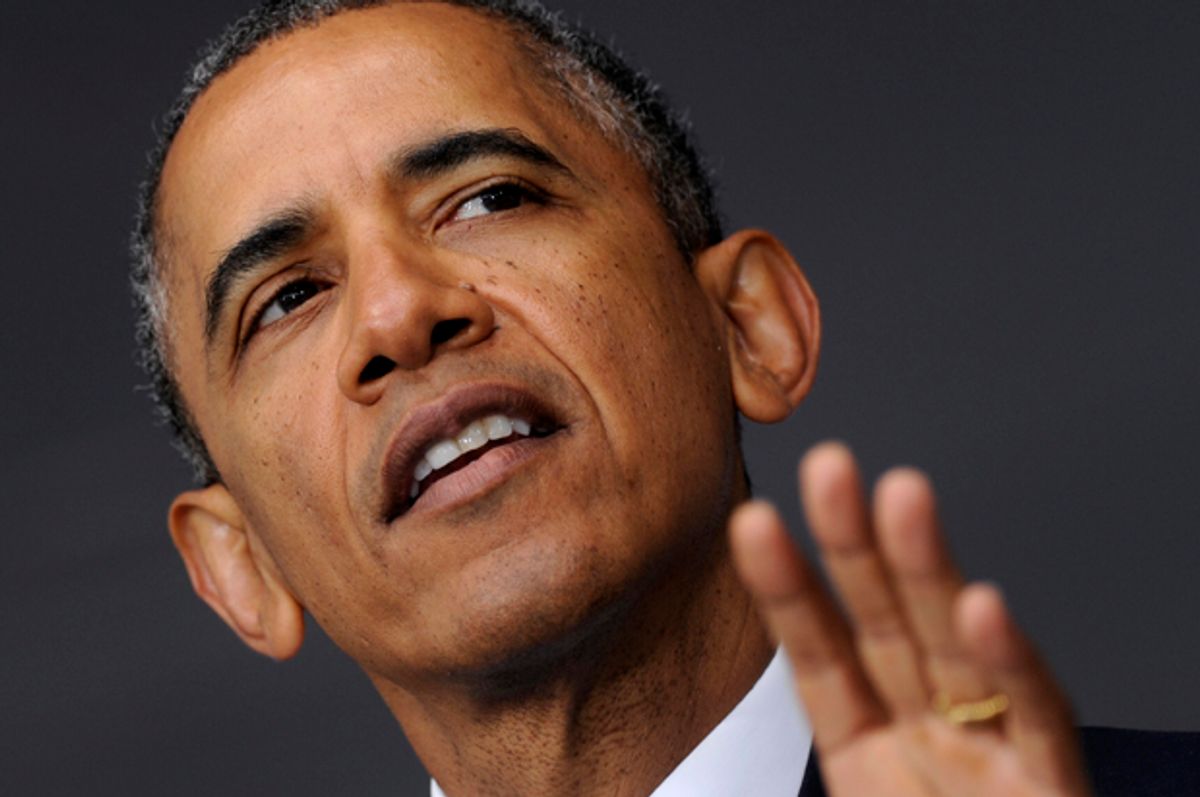 The conservative-leaning Boston Herald on Wednesday published an editorial cartoon roundly condemned as racist, seizing on the case of the White House intruder to peddle racial stereotypes.

After the Washington Post revealed that intruder Omar Gonzalez made it much farther into the White House last month than previously reported, the Herald's Jerry Holbert depicted an intruder in the bathtub as a shocked President Obama brushes his teeth. "Have you tried the new watermelon-flavored toothpaste?" the intruder asks Obama: The Herald's editors issued a tone-deaf non-apology, expressing "regret" if the cartoon "inadvertently offended anyone":

The Herald, alas, isn't alone in publishing incredibly offensive, racist cartoons about President Obama. Here's a compilation of six others.

CORRECTION: The slideshow originally stated that the cartoon depicting President Obama as a pimp ran in the News-Tribune of Rome, Georgia. While syndicated cartoonist Mike Lester was an employee of the paper, the News-Tribune did not publish the cartoon.