Months after another jury convicted Dunn of lesser counts but deadlocked on first-degree charge, a new conviction 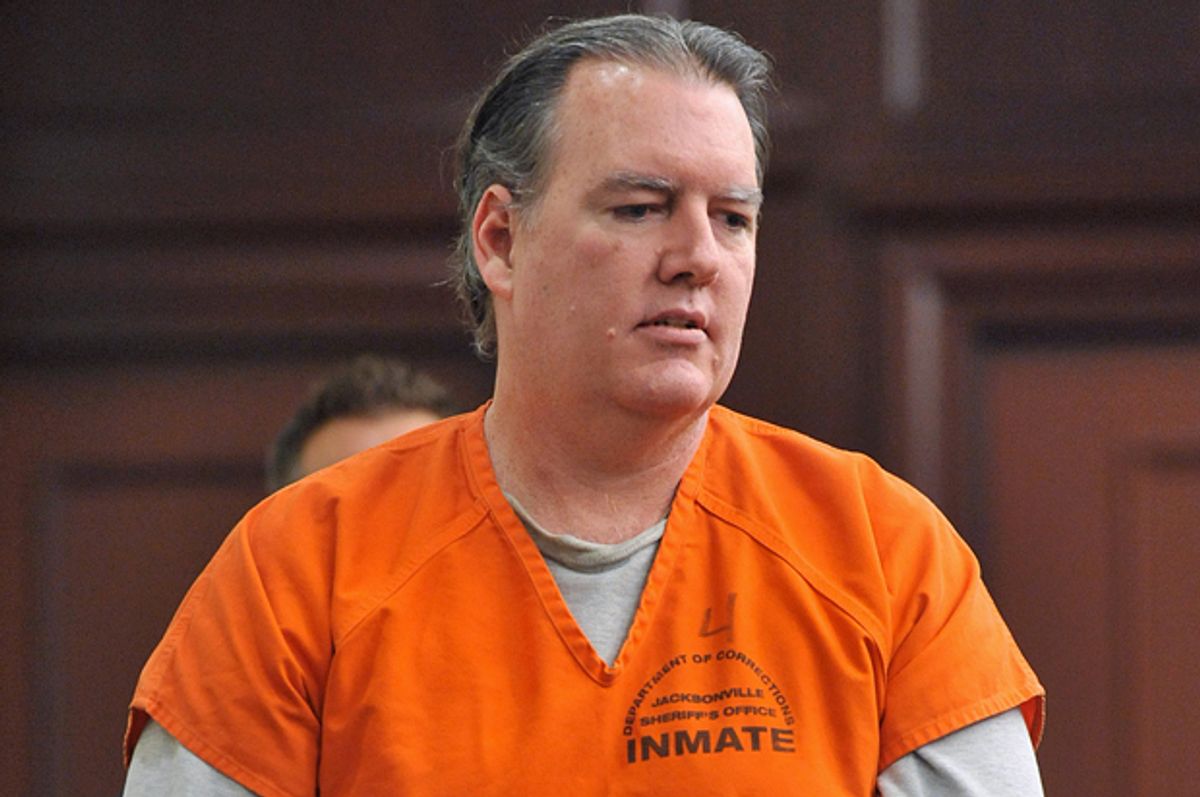 Dunn, then 45, shot and killed Davis in Jacksonville on November 23, 2012, after a dispute over loud music. While stopped at an area convenience station, Dunn asked Davis and three friends to turn down the music in their car. During Dunn's first trial -- in which he was convicted on three counts of second-degree murder and one count of firing into a vehicle -- his girlfriend testified that Dunn had said, "I hate that thug music." An argument ensued, and even though Davis was unarmed, Dunn asserted that the teen threatened to kill him. Dunn then pulled his concealed firearm, firing ten rounds into Davis' vehicle, fatally wounding him.

Given that it involved a white perpetrator, an unarmed black teen, an apparent reference to "thug music," and a citation of Florida's "stand your ground" law by Dunn's defense, the case was fraught with racial implications. Evidence of Dunn's racism mounted after the killing, including in a jail letter in which he wrote that “The more time I am exposed to these people, the more prejudiced against them I become.” An audio recording also captured Dunn describing black men as "animals."