Methadone treatment is the gold standard for pregnant opiate users. So why are we punishing these women?

A mother in New Jersey underwent a doctor-prescribed drug treatment, then ended up on the child abuse registry 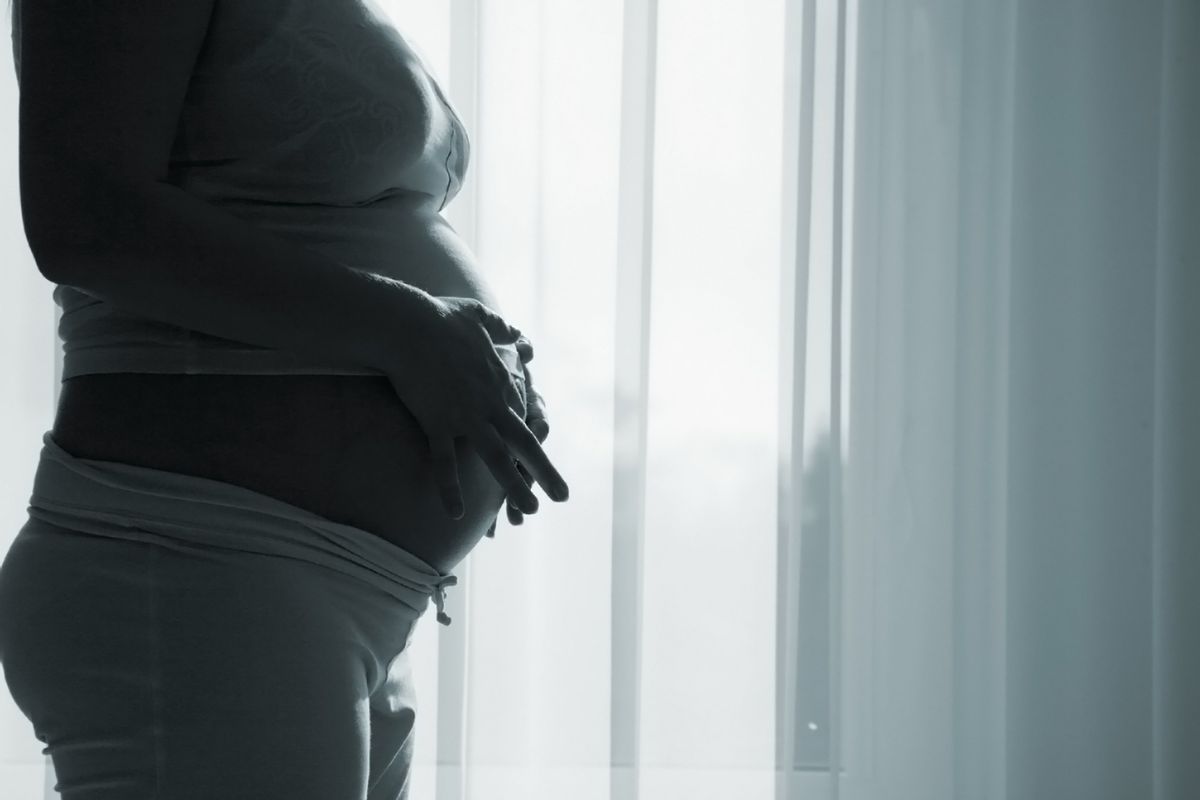 Tennessee is the first state in the country with a law explicitly criminalizing women for their pregnancy outcomes. While other states have used child protection laws to arrest and prosecute pregnant women, Tennessee broke new ground in the alarming trend when it passed a law allowing prosecutors to charge a woman with criminal assault if she uses narcotics during her pregnancy and her fetus or newborn is considered “addicted to or harmed by the narcotic drug.”

The law was passed against the advice of medical and addiction experts within Tennessee and across the country, so it's little surprise that its implementation has further compromised the health and safety of the women it targets. And as a report from Lindsay Beyerstein in Al Jazeera America makes clear, women in the state are frightened -- for themselves, their pregnancies and their children.

The Republican state representative behind the law, Terri Lynn Weaver, previously told me, "We’re not about jailing a bunch of women and throwing away the key -- we’re about getting them help.” But as Beyerstein points out, SB1391 did not create any new treatment programs or provide additional funding to already strained treatment centers across the state. Options can be even more limited for pregnant women, as only 19 of the state’s 177 addiction treatment facilities offer any addiction care specifically oriented toward pregnant women. And only a few state facilities that provide on-site prenatal care allow older children to stay with their mothers while they are undergoing treatment. The problem of access is further compounded by Tennessee’s current refusal of the Medicaid expansion, with the uninsured rate for people aged 19-39 hovering around 25 percent in the state.

The new law also did not allocate state dollars to better equip hospitals to treat infants born with neonatal abstinence syndrome, a treatable condition in which babies born to mothers who use opiates experience withdrawal symptoms that can disrupt their sleep, make them irritable and cause gastrointestinal changes. And the push behind SB1391 didn't do a thing to lift the stigma that pregnant women using drugs face when seeking treatment. (In fact, stigma was a major driving force behind the measure. Weaver told me that the new law targets, in her view, "the worst of the worst." She continued, "These are coke and heroine ladies.")

All of this amounts to a dangerous set of circumstances for pregnant women in the state. "What you would hope would happen is that when Mom comes in, that the hospital system would be prepared in knowing that there is an opioid exposure. This is kind of an expected issue that can happen with some babies that have been born prenatally exposed to opiates," Dr. Hendree Jones, Ph.D., a professor with the Department of Obstetrics and Gynecology at the University of North Carolina School of Medicine and an expert on neonatal abstinence syndrome and other issues related to pregnancy and addiction, recently told me. "My fear is that more women will be shunning the medical system and then will not be getting prenatal care. They won’t be engaging in drug treatment because they’re scared that the drug treatment will potentially turn them in. I think that laws to criminalize pregnant women could actually make the situation worse, because the women will feel like they have no safe place to turn to if they do want treatment."

Beyerstein met several women in Tennessee who told her exactly this:

Sharida Payne, 29, arrived at [Knoxville-based treatment program] Great Starts on May 12 with her 9-year-old daughter and an infant daughter. A longtime opiate addict, Payne used prescription pills throughout her pregnancy, seeking outpatient help when she was about six months along. Her caregivers warned her not to quit cold turkey while she was pregnant, so Payne looked into methadone treatment. But one clinic wasn’t taking Medicaid patients like her, and the other had what she calls a “ridiculously long” waiting list. The baby developed withdrawal symptoms, including muscle twitches, a few days after birth and spent three and a half weeks in the hospital. [...]

Payne says that if SB1391 had been in effect when she gave birth, it might have scared her away “from going to the hospital and seeking care for my baby, because I wouldn’t want to end up in jail.” She wishes there were more treatment options available so that pregnant women could get help before they deliver.

Women and addiction specialists in Tennessee are also fearful that the new law will be applied to pregnant women undergoing methadone maintenance treatment, the medical gold standard in addiction treatment for pregnant women who use opiates. After all, children born to mothers undergoing this doctor-supervised treatment can still be born experiencing withdrawal symptoms. To this point, Beyerstein asks, "If a woman seeks medication-assisted treatment for a heroin addiction and her baby is born with [neonatal abstinence syndrome], the legal question becomes, what caused the harm, the heroin or the methadone?"

The potential consequences for pregnant women in methadone-maintenance programs remains to be seen in Tennessee -- since the law took effect in July, three women have been arrested. (One of the women was arrested for using methamphetamine during her pregnancy -- a drug not covered under the new law.) But in New Jersey, a woman is currently engaged in a legal battle to have her name removed from the state's child abuse registry because she underwent methadone-maintenance while pregnant, a treatment that was prescribed and overseen by her doctor.

As Ed Pilkington reported this week at the Guardian, the woman, identified in court documents as YN, struggled with an addiction to opioid painkillers when she learned she was pregnant. After seeing her doctor, she started methadone treatment. In 2011, she gave birth to her son, who soon showed symptoms of neonatal abstinence syndrome. Soon after, YN was reported the state's child protection agency, which found her culpable of abuse and neglect.

A state appeal court upheld that finding. "The fact that [YN] obtained the methadone from a legal source does not preclude our consideration of the harm it caused to the newborn," according to the court. "Where there is evidence of actual impairment, it is immaterial whether the drugs taken were from a legal or illicit source."

What, then, is a pregnant woman to do? Avoid doctors to avoid criminal prosecution in a state like Tennessee? Or seek treatment, knowing that this may trigger its own set of consequences? This is the problem with criminalizing pregnant women who need treatment and support, Hendree told me.

"Rather than imposing a law, what I’d really like to see is the focus of resources on expanding treatment, to making treatment better quality and ensuring that women truly do have access to treatment," she said.

But the issue is bigger than treatment, though expanding access to healthcare is crucial. Food, reliable housing, access to education, healthy parents -- these are the things that make for strong families. Issues that a law criminalizing women for their pregnancy outcomes does nothing to address.

"I think in the vast majority of data that we have, what’s most important is the environment in which the children grow up. Yes, prenatal exposure to anything, be it alcohol, tobacco, as well as opiates and amphetamine, it’s one of many factors that are going to promote or hinder resilience in the child," Hendree explained. "But what we found in our research collectively as a research group, is that by far it’s the post-natal environment, the psychological status of the caregiver, the nutrition that the child is exposed to, the other parts of the home environment. We’ve found that things like how much quality interaction with the caregiver that child is having will be much more predictive than prenatal drug exposure by itself."