Members of the MSNBC panel suggested Julia Pierson was hired simply to meet a quota, not because of her résumé 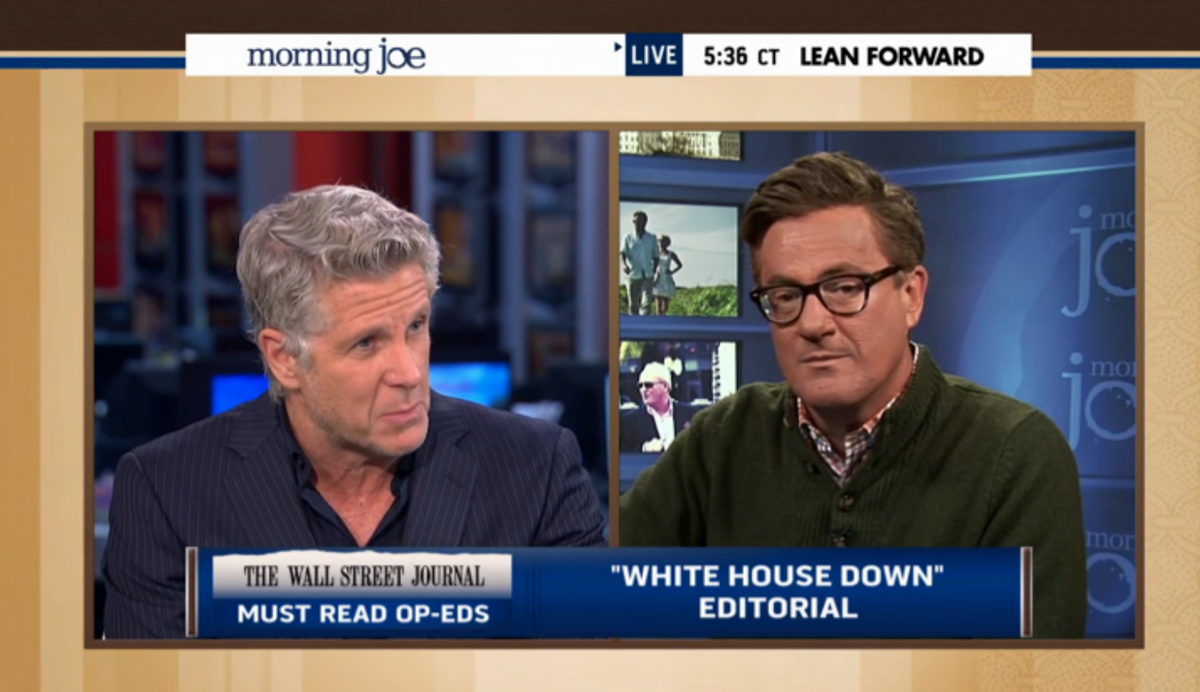 In case you were worried that Laura Ingraham would be the only media personality to suggest that the recent White House security breach had something to do with the presence of a female Secret Service agent on call (or the presence of women in the Secret Service at all!), don't be. On Wednesday's edition of "Morning Joe," host Joe Scarborough and regular contributor Donny Deutsch corroborated Ingraham's "hot take," suggesting that the Secret Service hired director Julia Pierson not for her qualifications but out of a need to "rebrand."

"A point that Mika [Brzezinski] delicately touched on, I'll touch on a little less delicately," Deutsch said. "Obviously, as we move forward as a society, as we promote women into positions of authority... we need to be careful that we are never, ever throwing the baby out with the bath water, as far as, the best person always has to get the job. As we go through [Pierson's] résumé, you go: Obviously, coming of the prostitution scandal, okay, yeah, woman on top, good for the 'brand,' if you will. But the brand doesn't work if it's not competent. In positions of national security, quota second, competency first. You know, it's a delicate subject, but we've gotta talk about it."

"While we go on this delicate subject," Scarborough chimed in, "let's talk about the woman who was standing in the White House that got overpowered by this guy. If a woman's 6'4" and can tackle a big guy or a big woman that's intruding, that's one thing. But we can't have people standing between the president of the United States and a terrorist that can get knocked down. And that's there for politically correct reasons."

He went on, "I understand what Donny is saying. After the prostitute scandal, somebody thought,'Hey, you know what? It would be really good for the Secret Service brand to have a woman running the place.' Maybe she’s still there because of that, I don’t know.”

Brzezinski, who appeared visibly agitated as Deustch and Scarborough railed on, interjected with a list of Pierson's qualifications for her job, saying that there is nothing "fishy" about her ascendance to the head role. “I really don’t know more than that,” Brzezinski concluded. “I know, though, that we have now four or five stories surrounding the Secret Service, which has been under a cloud of scandal already, that really don’t bode well for the agency’s strength and our confidence in it as a whole -- so we’ll ask these questions.”

Watch the clip, via MSNBC, below: