The "pre-cation" is a trap! 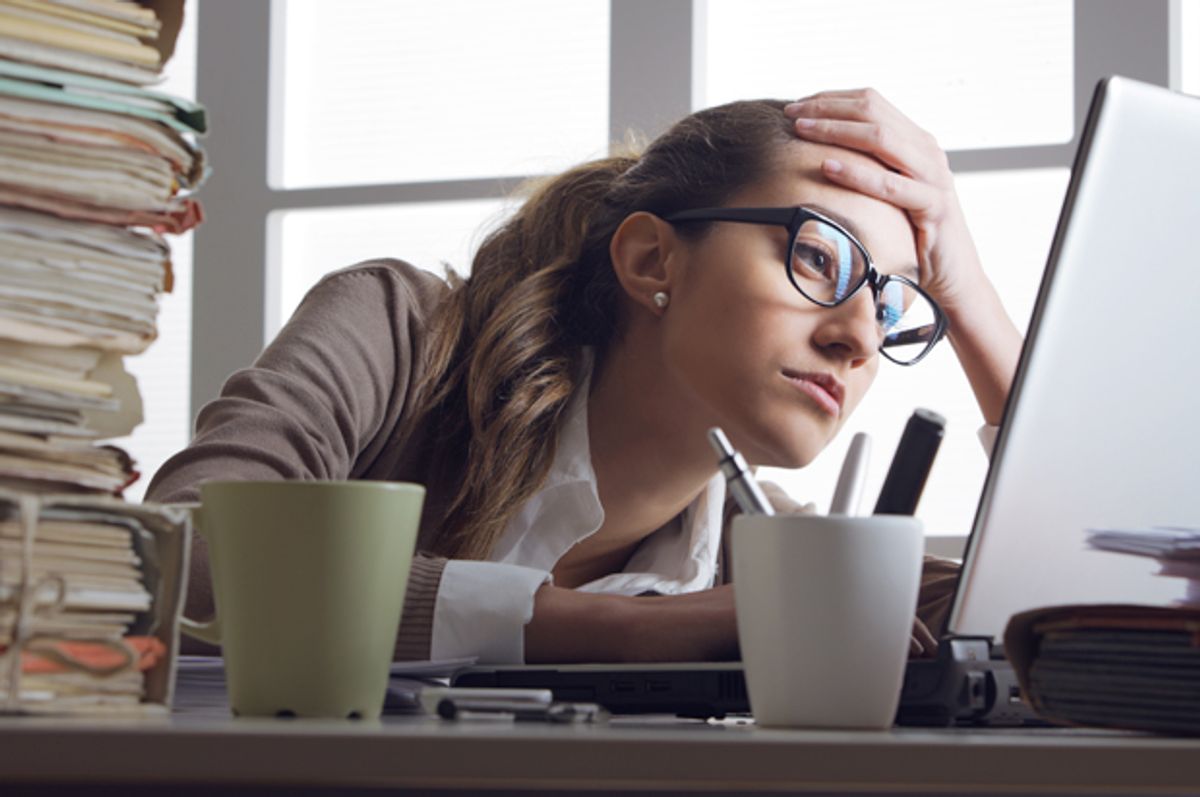 It's like a bachelor party for your career! Or having someone buy you dinner and then assume that means he's owed sexual intercourse! Anyway, apparently telling people to take a vacation before they come to work for you is becoming a thing now.

Writing this week in Slate, Will Oremus reports on this phenomenon, telling the tale of Jason Freedman, the CEO of a San Francisco-based commercial real estate search engine company called 42 floors. Freedman offers what he calls paid "pre-cations" to new hires, explaining, "It’s like, 'Yeah, have a great time! And when you get back here, work your ass off.'" The point is, that sounds terrible.

As Oremus points out, we are already a vastly overworked nation. We put in considerably more hours than we did a generation ago --  and most of us are doing it while facing what the New York Times last year called "flatlined" wages. A new study released last month revealed that Americans take only about half the vacation time they're entitled to, missing out on the equivalent of "over 500 million" days off a year. Why? Because they're afraid of repercussions, an anxiety reinforced by what MarketWatch notes is "company culture and lack of encouragement from management to take time off." People are reluctant to take vacations for fear they'll be revealed as expendable. It actually happened to me at an old job – I came back from a week away and was promptly told, the day I returned, they were "restructuring the department" and I was no longer needed. We're likewise afraid to take time off for legitimate medical reasons, hiding even serious illnesses for fear of being dinged for "absenteeism."

I entered the workforce in the last era of coming in to a place, doing the work and leaving at the end of the day, in no small part because most people still didn't have cellphones. I still recall the precise moment I realized we were all screwed. It was when AT&T rolled out its benevolently futuristic ad campaign twenty years ago. In it, the voice of Tom Selleck promised a tomorrow full of many wonderful things that in fact have come to pass. "Have you ever borrowed a book from thousands of miles away? Crossed the country without stopping for directions? Have you ever watched the movie you wanted to, the minute you wanted to?"

But the chiller for me was when he asked if you'd ever "sent a fax from the beach?" and then ominously vowed, "You will." Okay, so nobody knows what a fax is any more. The implication was clear. You will always be reachable. You will always be findable. Whatever your pristine sanctuary of retreat was, you will now be able to, ergo expected to, work from it. At the time, I was living in San Francisco, and had several friends working at a new enterprise in the tech world. The company was instantly famous -- right before this became pretty normal -- for having a gorgeous kitchen, a game area where workers could play, a highly encouraged policy of letting them sleep over -- and for not letting employees go out for lunch unless it was for client meetings. Why would you want to leave paradise? Also, you can't.

So it's all well and good when software companies like Atlassian say they encourage pre-work vacations because, "We want people to bring their best every day, and we want them here for the long haul," but it's the caveat that "because once you start a new job, you kind of jump all in" that's the kicker. It's nice Atlassian says it offers its employees unlimited vacation, but it's important to point out that "It has seen no significant uptick in the total amount of time its workers take off." These are not perks, then. They're illusions.

The lines between work life and personal life are now fluid and for most of us, and that's never going to change. We bring our laptops to the country; when we take time off we call it a staycation and use it to catch up on projects. I have a friend who just took her first vacation in five years, and that was exactly what she did with it. She sat in her apartment and worked, and worse, felt great about it. We take shorter vacations, by choice, in part so we can get back to work sooner. We even send our kids home for the summer with a crushing amount of homework. We either don't detach fully or we detach knowing that there will be consequences, knowing that then the expectation of more and faster and longer days will be waiting when we come back. And when the new boss says, "Have a great time!" he's also saying that it comes with strings attached.