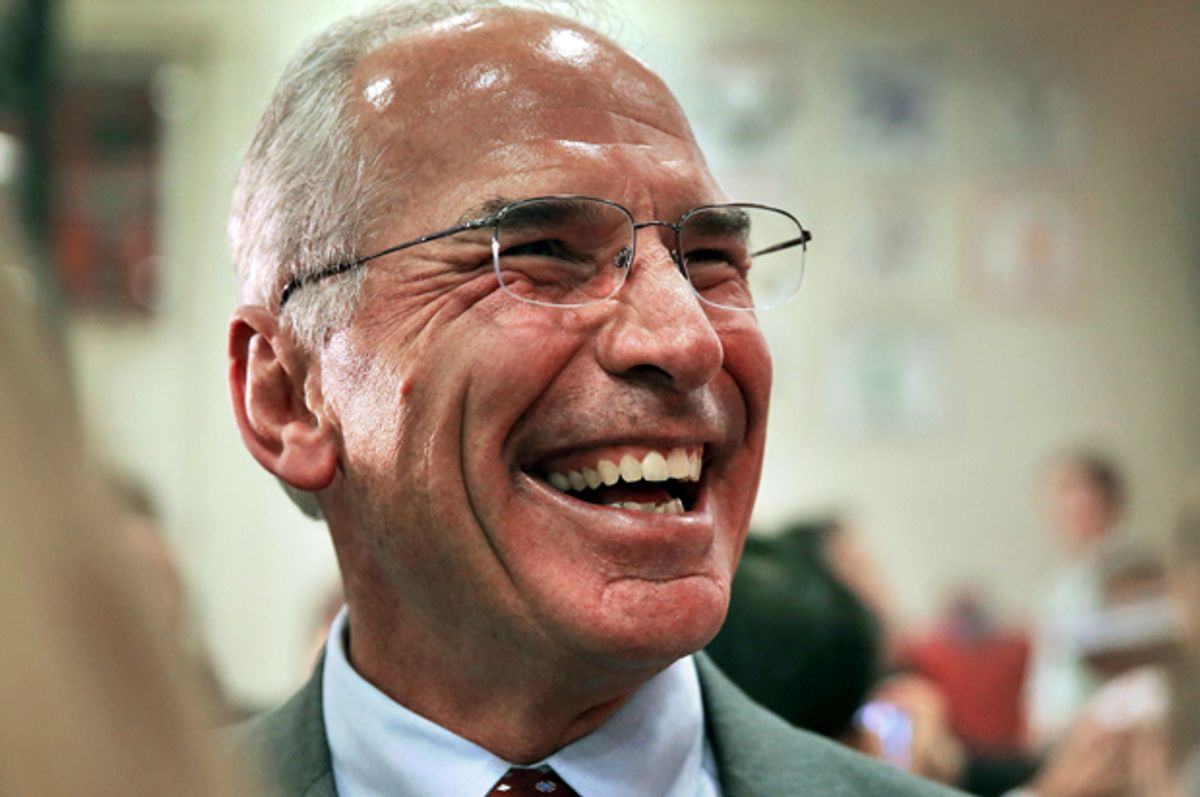 In a Tuesday evening debate with Democratic incumbent John Hickenlooper, GOP nominee for governor of Colorado Bob Beauprez made his views on climate change explicitly clear: he still doesn't believe in it.

Beauprez was asked whether humans contribute to climate change and whether or not we could reverse the process: No and no. "Are we going to end or alter the path that Earth's evolution is going to take? I don't think so," said Beauprez. "I think the Earth's already figured that out and powers bigger than us have figured that out."

Hickenlooper said that not only are humans contributing to climate change but that reversing it would take "a concerted effort, not just on the part of the United States, but worldwide."

The two-term congressman and bison rancher wrote a 2009 book, "A Return to Values," with a chapter entitled, "Let Science Guide Environmental Policy" in which he said that climate change was "at best a grossly overhyped issue and at worst a complete hoax foisted on most of the world." He continued:

The hysteria surrounding the question of global warming has been something to behold. Mankind is certainly prone to following false prophets and jumping on the bandwagon du jour. It is notbob at all unfair to liken the global warming fervor to a religious revival or a spiritual experience, with the word being spread by the true believers with similar evangelical enthusiasm.

Unfortunately, despite Beauprez's very incorrect views, he did present as much more polished and well-spoken than his opponent who appeared defensive and slightly flustered. A video of the entire debate is available at The Denver Post.