Hollywood's gender inertia: Why there are so few female directors

Despite all of the talented and funny women onscreen, we're still hugely underrepresented in the director's chair 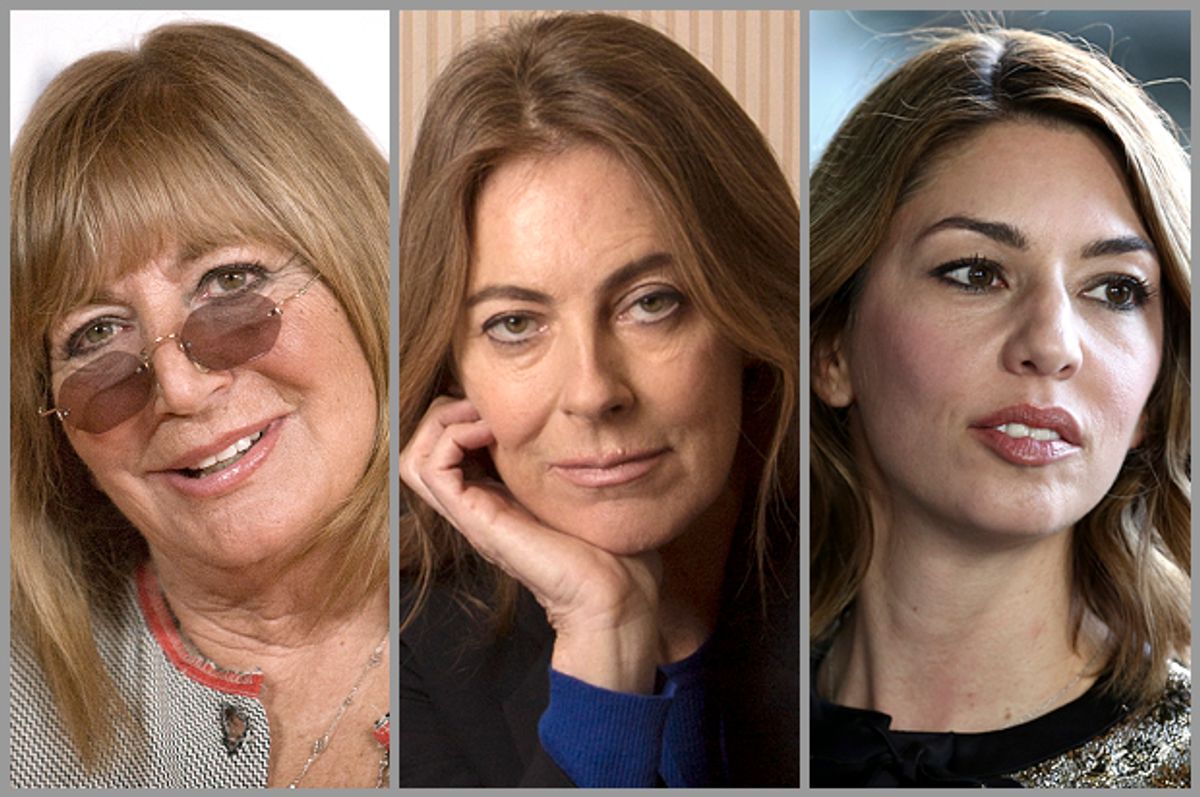 When I was making my first independent film (which currently lives in a box in my basement, thanks for your interest), I felt empowered and daunted by the number of successful female directors in the 90s. Allison Anders directed “Gas, Food, Lodging.” Sofia Coppola directed “The Virgin Suicides.” Penny Marshall directed “A League of Her Own.” Kathryn Bigelow directed “Point Break.” Amy Heckerling directed “Clueless.” Lisa Cholodenko directed “High Art.” Susan Skoog directed “Whatever.” Jane Campion directed “The Piano.” I had just won a grant from Panavision’s New Filmmaker Program for an original screenplay. I ran around San Francisco, shooting in cramped locations with a 16 millimeter camera, feeling excited and inspired.

At the time, it seemed to me like I had role models everywhere. But it turns out that the number of female directors during the '90s was not so impressive. Only nine percent of directors of the top 250 films in 1998 were female, according to The Celluloid Ceiling, an annual study that tracks the inclusion of women directors in the film industry.

Fast forward 15 years and only six percent of directors of the top 250 films in 2013 were female—dropping three measly percentage points from 1998. Last week, the University of Southern California topped those studies, reporting that only four percent of women directed the top 500 grossing films between 2007 and 2012.

Women are hugely under-represented in the film industry. In the U.S. media, where men make up 63 percent of bylines in print, internet and wire news, female journalists still have at least 20 percent more airtime and bylines compared to their counterparts in the director’s chair. Even in the STEM industry, where numbers are thought of as grim, women make up 27 percent of computer science jobs. Last week, a U.N.-backed report from the Geena Davis Institute on Gender and Media found that women aren't equally represented in their on-screen professions—information we’re already painfully aware of despite all of the talented and funny women that seem to have created a Lillith-like renaissance over the past few years. So why are there so few female directors?

Hollywood is in a state of “gender inertia,” says Martha Lauzen executive director for the Center for the Study of Women in Television and Film. “Anyone advocating for significant change would be challenging the film industry's dominant ideology and mores. But maybe there’s typecasting, too: Hollywood is accustomed to its own own trope of the commandeering male director. We’re used to seeing male directors like Stanley Kubrick insist on 60 takes. Or throw objects like David O. Russell. A study done by the LA Times last year found that older, white dudes make up the Academy: 94 percent of Oscar voters were Caucasian, 77 percent were male and they have a median age of 62. It’s not surprising that the first time a woman won an Oscar for Best Directing was only four years ago.

Some good news is that Fox intends to set up a mentoring program; they’ll choose 20 women to join a five-week directors lab. In the end, five finalists will make short films. And mentoring programs, which aren’t new, need to include more male mentors, says Monika Bartyzel, who wrote a piece about it for The Week.

In the meantime, the pattern continues. I have two books on my desk: “Dare Me” by Megan Abbott and “Eleanor & Park” by Rainbow Rowell. One of them, “Dare Me” is being directed by a man. (Though Rowell noted she’d like Catherine Hardwicke to direct “Eleanor & Park,” it hasn’t been decided.) David Fincher directed Gillian Flynn’s “Gone Girl,” which opens this week. Wait, there’s more! “Divergent,” “If I Stay,” “The Hunger Games: Mockingjay,” “Dark Places,” “Wild,” “Low Down” and “Alexander and The Terrible, Horrible, No Good Very Bad Day” are all books written by women, but directed by men, from this year alone.

I briefly ranted on Twitter the fact that “Gone Girl” was directed by a man to NPR writer Linda Holmes who responded, “I find it more instructive to address the field than to take this problem out on one movie.” Holmes is right. Because David Fincher is a great match for Gillian Flynn’s gritty, complicated novel. And the real problem isn’t that these good-intentioned, talented men aren't well-matched with scripts and books written by women. The craft of directing and the craft of writing are clearly two different talents that don’t always overlap. The real problem is, Lauzen told me, that “There is a lack of opportunities—particularly studio opportunities—for women to direct.”

Directors and writers aren’t technically studio employees, so they’re not obligated to do anything different, Melissa Silverstein, co-founder of the Athena Film Festival said in an interview with the LA Times. “If this were a Fortune 500 company and they looked at these statistics, they would have a diversity committee working on this immediately," she said. "How could you have a company in the 21st century and less than 10 percent of its leaders are women?"

The unions, on the other hand, who represent these workers, do have a responsibility. Last year, the DGA Women’s Proposals Committee constructed a detailed proposal to include more women, to which the DGA president agreed. But because the studios don’t just have a female problem—they also have a diversity problem—negotiations drifted to the more broad category of diversity. Which sounds great, except it’s not. The women are now buried, ironically, under the general category of diversity. “The studios can fulfill obligations to the DGA Diversity Agreements simply by hiring male ethnic minorities, without hiring females at all,” says Maria Giese, the Women’s DGA Director Category Representative, explains. The other reason the DGA isn’t so forthcoming, Lauzen told me, is that because “Any job that goes to a woman takes away a job from a man, and of course, the majority of the Guild's membership is male.”

But I'm optimistic about the number of female directors who’ve released, or have upcoming work, this year: Gillian Robespierre with “Obvious Child,” Lake Bell with “In a World,” Gia Coppola with “Palo Alto,” Sam Taylor-Wood with “50 Shades of Grey."  My hope is that those movies and those women will have enough of an impact to show Hollywood that hiring women isn’t only the right thing to do—but that it’s a smart financial decision as well.