It's not racist to sue over a mixed-race baby

A mom faces a backlash over a fertility clinic's mistake 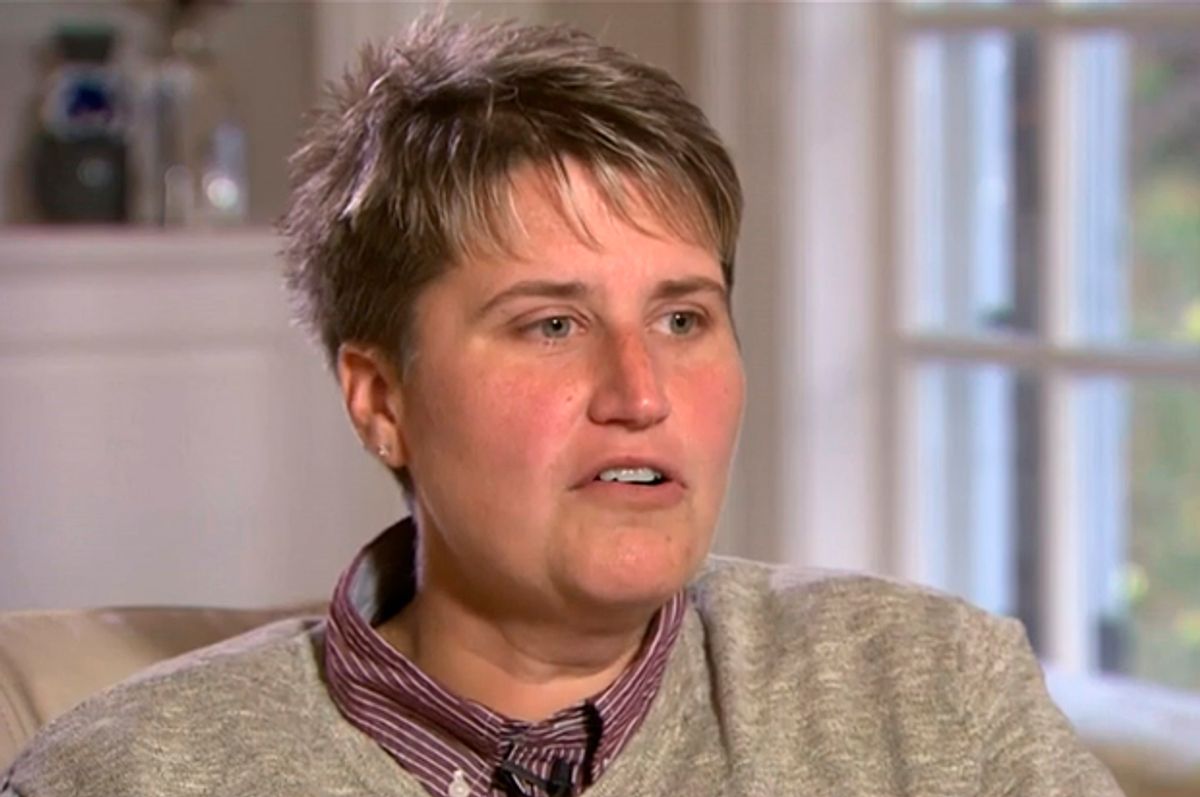 As the Chicago Tribune first reported Wednesday, Jennifer Cramblett, a white woman in Ohio, filed a lawsuit Monday against Midwest Sperm Bank after she was inseminated with and gave birth to a child -- not from the white donor she and her partner chose, but from an African-American donor instead. Because racism, obvi. Cramblett and her partner, Amanda Zinkon, pored through multiple candidates before deciding on a donor known as No. 308 for their first child. But when Cramblett was already pregnant and ready to order more vials of sperm to start planning another child, the couple realized they had originally received the sperm of donor No. 330, who is black. Now the couple says, "On August 21, 2012, Jennifer gave birth to Payton, a beautiful, obviously mixed-race baby girl. Jennifer bonded with Payton easily and she and Amanda love her very much. Even so, Jennifer lives each day with fears, anxieties and uncertainty about her future and Payton's future." Cramblett admits that "she was raised around stereotypical attitudes about people other than those in her all-white environment" and has a "limited cultural competency," especially living in what the suit contends is a "racially intolerant" small town. She worries about her "unconsciously offensive family." And, the suit says, the family's therapists and "experts" have encouraged them to move.

Okay, so Cramblett has been up front in her acknowledgment that she and her partner were pretty socially and emotionally unprepared to raise a mixed race child. Had they their druthers, they'd have had a baby who looks more like them. And yes, it's a telling passage in the suit when the clinic receptionist first asks Cramblett if she'd requested an African-American donor and she replies, "No, why would I request that? My partner and I are Caucasian." The answer, by the way, is because some people do. In fact, this summer, a Calgary fertility clinic came under fire when it was revealed they wouldn't permit a white client to use donors outside her race, citing a reluctance to create "rainbow families."

Yet regardless of the family's admitted "steep learning curve" now, their experience is not so easily brushed off with an accusation that the couple is "bitching" about having a "healthy, happy" mixed race child. The clinic screwed up. It was careless. That's a problem. And in light of how much cultural outrage is generated when Starbucks gets our names wrong, I think it's okay to be a thrown by this one.

A few years ago, I had a not nearly as intense experience when my pediatrician gave my daughter the wrong vaccine – and faced a minor storm of my own after writing about it. But I'm not an anti vaxxer because I don't want my kid getting a different vaccine than the one she came in for, and a parent isn't necessarily a racist for wanting the sperm she paid for. The suit alleges that at one point a receptionist at the clinic hung up on Cramblett, saying "I'm unable to speak about this matter any more," and that for their experience, the couple received a note apologizing for the "mix-up" and a refund for the six vials of the wrong sperm. It also asserts that the "mix-up" occurred because the clinic's records "are not electronic. They are kept in pen and ink." I think that's worth looking into. I think that's worth more than an oops note, and it would be regardless of the race of the donor.

And while white people suddenly parenting a child of a different race is one thing when it's an eighties sitcom or a Sandra Bullock movie, it is a real challenge in any family – even moreso in a small town and with parents who weren't raised in a particularly open-minded environment and did not expect to be doing this. It's a big deal for that family, and it will be a big deal to uproot themselves and go somewhere else. That's not a simple "suck it up" situation. Life hands all of us curves, and along the way, we deal with them and grow. Plenty of us are here on this planet because of a conception mistake and we all -- parents and children alike -- figure it out. Payton's moms have probably had to learn a lot about tolerance and acceptance already in life, and there's no doubt she will teach them much more. All of that possible -- and it still means the clinic made a big mistake and should be held accountable for it.