Jane Goodall on the power of the viral animal video 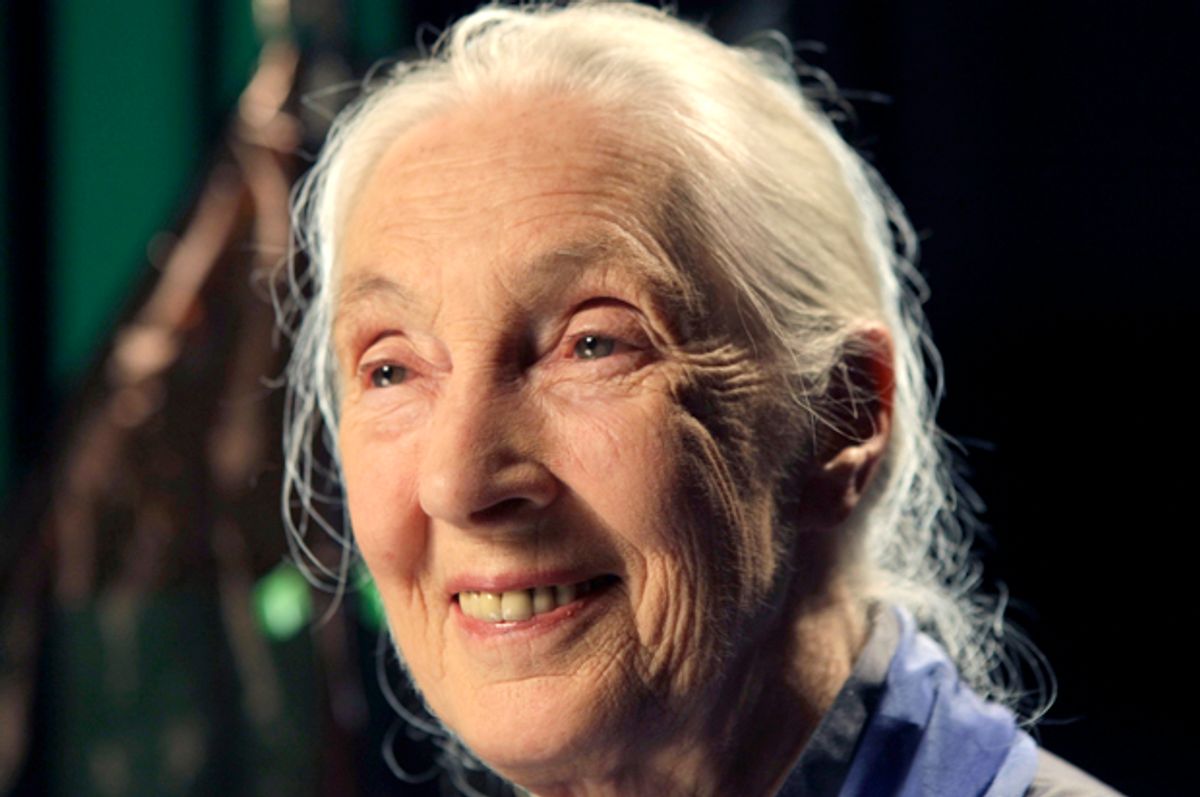 Jane Goodall, the world's preeminent expert on chimpanzees, spoke with The Dodo about online activism and the power of a viral video.

"The media is responsible in many ways for guiding what people think is important," she said. "With the social media coming in on top of that, so that things can be more easily shared with tweets and Facebook and all that sort of electronic information, it's inevitable I think that the people would start thinking differently about animals."

"You can now get millions of people on a campaign just by pressing little buttons and get people to sign in and put their name out there. I think that's why you get demonstrations of thousands of people rather than the hundreds that you might have had twenty years ago. I think it's helping a lot. Of course, there are people tweeting and twittering on the other side of the argument, and I suppose they get more support as well."

Goodall said that she feels like because Internet activism has become so widespread and so easy, people don't necessarily have to engage with the ideas they are supporting. She brought up the example of someone supposedly caring about animal issues and then going to eat a pork chop.

"I think they're really important in connecting heart and head. On the one hand you've got the science out there now that shows that animals do have personalities, minds and feelings. On the other hand you are seeing animals face-to-face in these YouTubes."

So, with that said, here is the littlest horse in Britain.