Mitch McConnell once opposed a coal plant on environmental grounds

"Economic and job expansion...must not occur to the detriment of our environment,” McConnell wrote in 1984 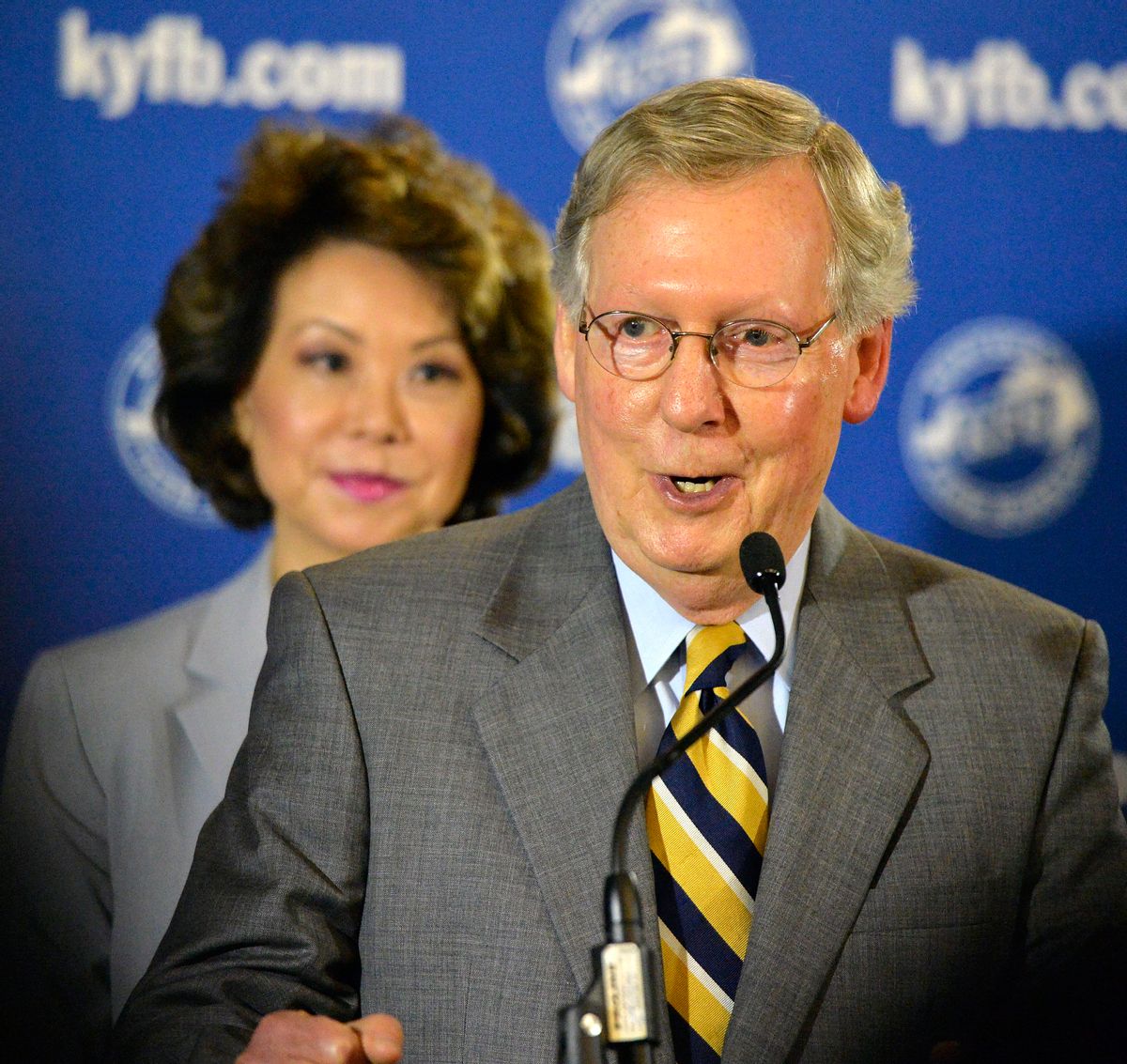 Long before he launched his crusade against the EPA's proposed regulations for coal-fired power plants, before he accused the Obama administration of waging war on Kentucky and attacked his democratic Challenger, Alison Grimes, for being anti-coal, then-Jefferson County Judge-Executive Mitch McConnell opposed a coal plant. Because its potential environmental impact.

It was 1984, and McConnell was considering a proposal to build a coal-crushing plant and coal dock on the Louisville riverfront, Kentucky's Hazard Herald reports. Unconvinced that this was the best use of the river space, he wrote a letter to the U.S. Army Corps of Engineers in Louisville expressing concerns over things like noise pollution and an increase in truck traffic through residential areas, recommending an environmental impact statement that would "fully evaluate the environmental and community impact of the proposed construction."

“Although I advocate economic and job expansion, it must not occur to the detriment of our environment,” McConnell wrote in a letter to a constituent. Proof, it would seem, that before partisan politics stamped it out of him, the Senate Minority Leader did, in fact, recognize that the environment is worth protecting -- or at least that it's a concern worth weighing. (Although at the time, some speculated that his main motivation was political gain.)

The McConnell campaign vehemently denies such a thing, emphasizing that McConnell was more concerned about the impacts of industrial development than about coal per se. (In the context of the race, the distinction matters.) “The inference that a lifetime coal supporter didn’t support this development because of coal is beyond absurd, especially since Senator McConnell even offered to help secure federal grants to help them build the facility at a different location,” Allison Moore, the campaign's press secretary, told the Hazard Herald. There was no comment on where the environment fits in with McConnell's current list of priorities, but one isn't really needed.