Community Discussion: How should we handle climate migrants?

Climate change is forcing people to move. How should we respond? 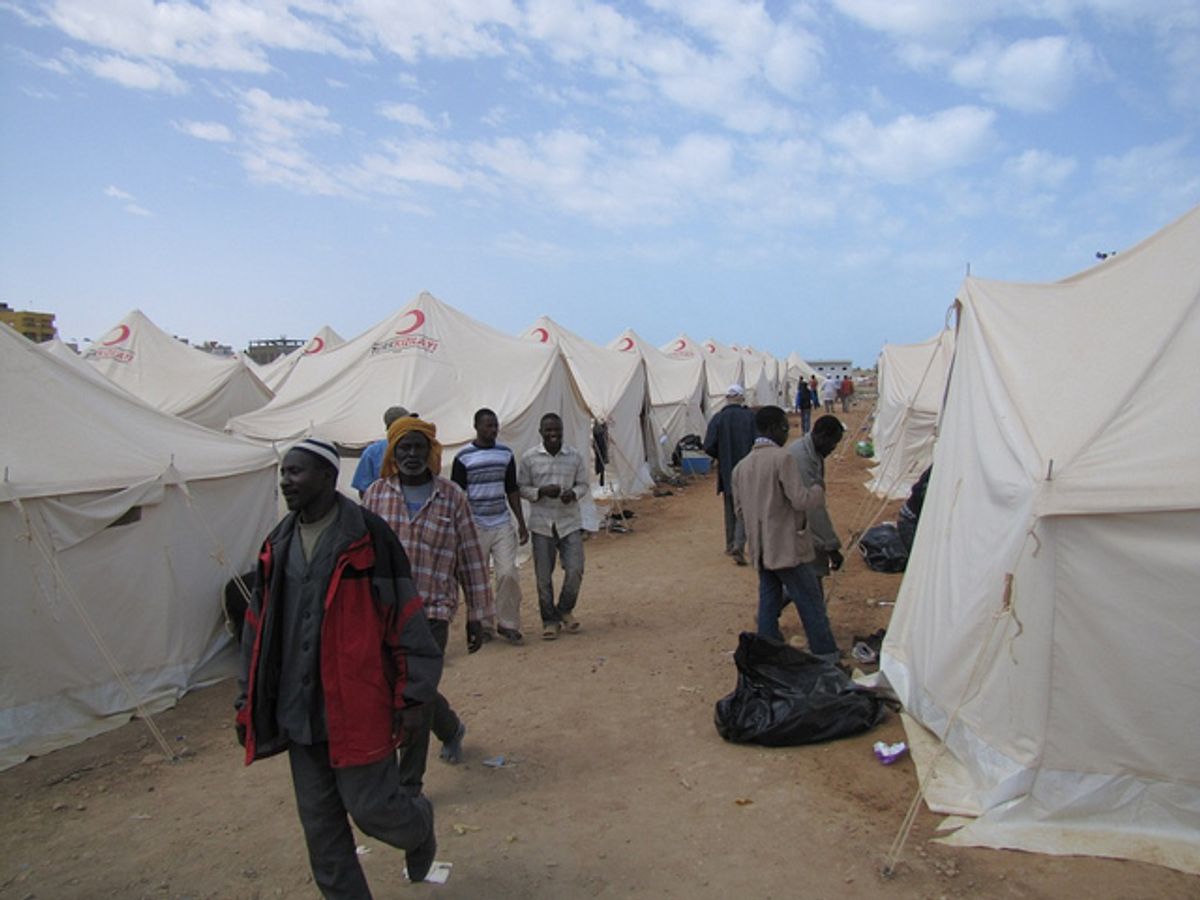 The astonishing sight this week of 35,000 walruses, bereft of sea ice, taking refuge on an Alaskan beach and in constant danger of death by overcrowding and stampede inspired much somber commentary. But how long before mass migration in the face of climate change becomes a human reality as well? Indeed this is already becoming a reality in Alaska as sea levels rise and engulf coastal communities. But for others looking to escape a broiling south, Alaska may become a destination; the New York Times speculates that it will be "the next Florida", with a pleasant climate and plenty of water. All over the world rising temperatures, environmental degradation, overpopulation and the conflicts these cause are forcing people from their homes. The International Organization for Migration estimates that there could be 200 million environmental migrants by 2050.

When we raised the issue of runaway population growth in an earlier community discussion, some commenters speculated that wealthy nations would eventually face the problem of increased immigration. Many nations have already tentatively begun confronting the issue. In June, New Zealand's Immigration and Protection Tribunal granted residency to a family from Tuvalu, having seriously considered an argument that they would face hardship from climate change if they returned to their tiny Pacific island, which may be underwater by 2050. The EU has long recognized the problem and is struggling to coordinate a response. Israeli academics have recommended building a wall around the entire country, including out to sea.

The Pentagon has quietly been at the forefront of America's own response to climate change, and its 2014 Quadrennial Defense Review continues to issue dire warnings about the chaos that climate change will bring at home and abroad. It calls climate change a "threat multiplier" that will bring "poverty, environmental degradation, political instability, and social tensions" -- but it doesn't mention immigration. Given the toxic political climate around the word this is perhaps not surprising, and anyway the House Science Committee attempted to ban the Pentagon from talking about climate change shortly after the Review was released.