The use of vital human antibiotics in livestock is on the rise, the FDA reports 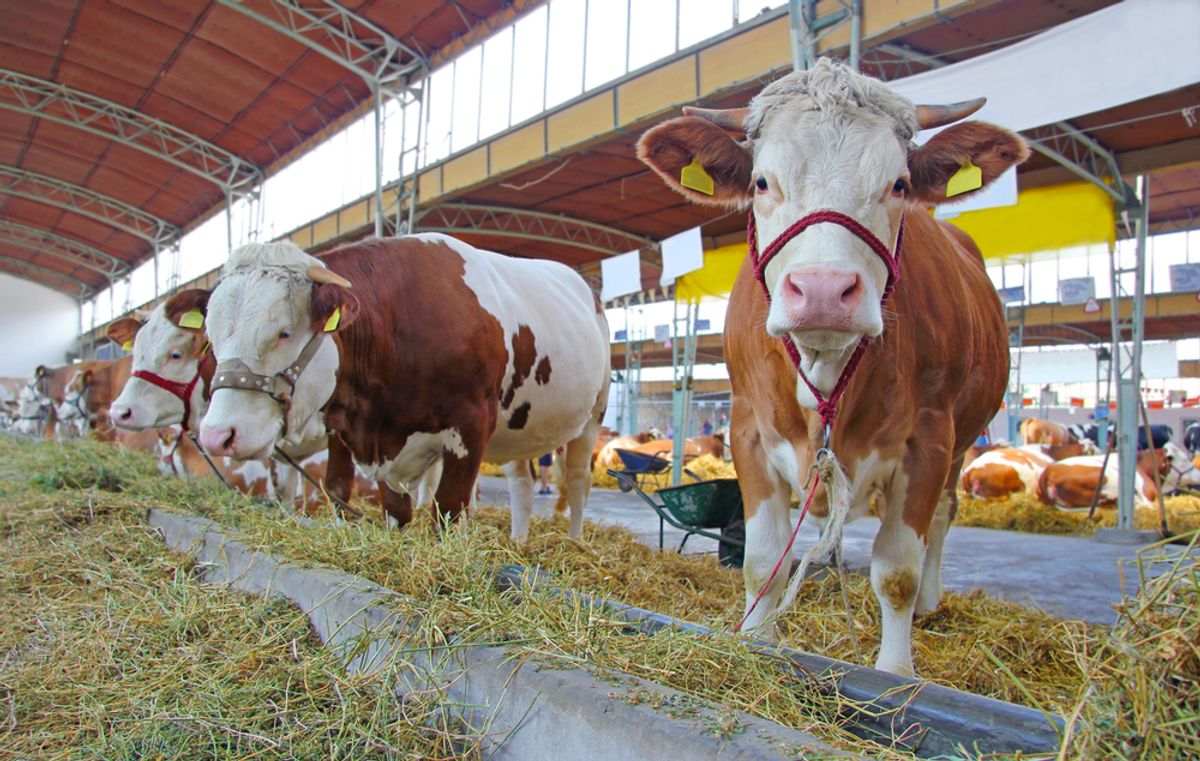 Remember how the federal government decided to finally take on the major threat that antibiotic resistance poses to human health, yet somehow failed to address the meat and poultry industries' routine overuse of antibiotics -- despite acknowledging that said overuse is definitely contributing to the problem? Well, new data out from the FDA shows just how big of an oversight this is. The gist: more antibiotics are being fed to livestock than ever. And you can bet that humans are going to pay the price.

Between 2009 and 2012, the FDA report finds, the amount of antibiotics deemed medically important for humans that were given to farm animals increased 16 percent. More than two-thirds of those were tetracyclines, which humans depend on to treat everything from acne to Lyme disease to chlamydia, and which are already becoming less useful as resistance takes hold. Also on the rise, the New York Times notes, are cephalosporins (used for pneumonia, strep throat and skin and urinary infections, they're "particularly popular among pediatricians"), despite the fact that the FDA moved to restrict their usage in early 2012.

And the industry's go-to excuse -- that they're mostly using the drugs for disease prevention -- continues to ring false. In 2012, as Consumerist points out, the FDA data shows that "antibiotics with a proven use for growth-promotion outsold antibiotics with only a therapeutic use by a ratio of 2.2:1."

At least 2 million Americans contract antibiotic-resistant infections every year, leading to about 23,000 deaths. And while human misuse is certainly contributing to the problem, no one's pretending that livestock doesn't play a role in growing resistance. "Although knowledge in this area is still incomplete," the President’s Council of Advisors on Science and Technology wrote in a recent report, "it is clear that at least some drug-resistant pathogens have evolved under selective pressure from antibiotic use in agriculture and may have contributed significantly to resistance in clinical settings. A national strategy to reduce the emergence and incidence of antibiotic resistance must therefore include substantial changes in the use of antibiotics in agricultural settings, in order to preserve antibiotic utility in human medicine." Yet all we've got to work with are some soft, voluntary guidelines from the FDA. Still.

“We know that the overuse of antibiotics on the farm is leading to more antibiotic resistant pathogens that threaten humans – and FDA’s own figures show that the agency’s inaction is making the problem worse,” said New York Congresswoman Louise Slaughter in a statement. “Until the FDA enacts a mandatory regulation that puts human health before industry profits, Americans will continue to live under an increased threat of untreatable infection.”