The economy still sucks: Economist Stephanie Kelton on why we can't declare victory just yet

Despite what the media says, it's still a mess out there — and now there's reason to worry more bad news is coming 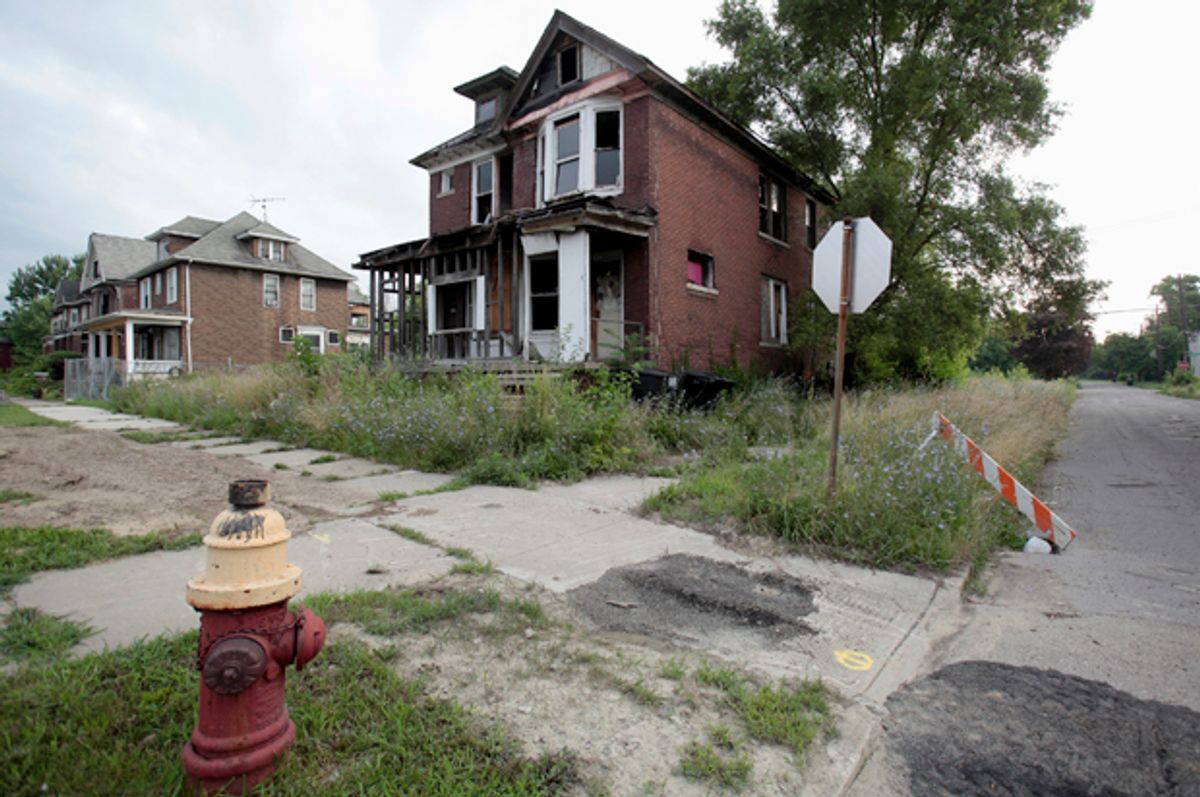 Coming on the heels of not only a triumphal speech from President Obama but one of the best job reports of the past six years, now would probably seem like a weird time to share some economic bad news. Yet while anyone who is lucky enough to have financial security may be under the impression that good times are here again, poll after poll after poll shows a clear majority of Americans still think the economy, well, sucks. Are they all crazy, or is the economic picture more complicated than it may seem?

To answer that question, Salon reached out to professor Stephanie Kelton, the economics department chair at the University of Missouri–Kansas City who frequently analyzes the state of the economy via the New Economic Perspectives blog and her active Twitter account (as well as appearing on TV). According to Kelton, things are not as terrible as they were just a few years ago — but they're also not nearly as rosy as they seem. Our conversation is below and has been edited for clarity and length.

The state of the economy used to be a constant topic of conversation in the media, but it at least seems like that's died down a lot in the past few years. That doesn't necessarily mean the economy is all better, though. So how would you describe the U.S. economy today?

I’d say, relative to a lot of other countries in the world, the U.S. looks pretty good. But we're comparing it to some pretty rotten economic performances. Much of Europe is back in recession; youth unemployment rates in places like Spain and Greece are nearly 50 percent. ... Because we’re [seeing decent] top-line economic growth figures, and on the surface the unemployment situation appears to be improving, you could make the argument that the economy is improving.

But for too many Americans, it doesn’t feel like it’s improving. We know that too many of the Americans who lost jobs in the downturn and that have gone on to find [new] employment are actually working for wages or salaries that are below what they were when they lost their jobs. So the economy's better [for those people] in the sense that they're no longer unemployed ... but they're not making what they were before the Great Recession began.

I look at the labor force participation rates, and we all know those have been on a downward trend. ... You don’t want to see this many people who are working part-time because their employers have cut their hours, and what they really want is a full-time job but they can’t get it. You don’t want to continue to see people drop out of the labor force because they’re discouraged, they looked and looked and looked for a job and weren’t successful and said, forget about it.

So the official numbers can mask a whole lot of those problems ... when you factor all that other stuff in, the number [of un- or underemployed Americans] looks much bigger. You’re looking at like 25 million Americans who want full-time work and can’t find it in today’s economy. And how many jobs are available? Around 4 million. So the economy's certainly nothing to write home about.

And how does the economy right now compare to what a reasonable expectation would be in terms of the strength and character of the post-Great Recession rebound? Are we still underperforming?

Yeah, absolutely. We all know how long it took us to claw back the jobs, just to get back to where we were before the start of the recession, in terms of job creation. It was nearly a six-year-long slog to get back to where we were. It was the worst economic recovery in that sense since the Great Depression. We have recovered jobs more quickly in every previous recovery, going back to the Great Depression, than we did in the last one. So it was deeper, and it took longer to get out of it.

Did we make mistakes? Yes. Could we have improved the pace at which we recovered? Absolutely. We didn’t get the policy response right, for lots of reasons [and] people suffered a lot longer than they should have — and continue to suffer.

In his most recent speech on the economy, President Obama argued that one of the main reasons things weren't better was because of Republican obstruction and intransigence. That's something the White House has been saying for a long time, of course. If as a hypothetical we were to say the White House was able to implement every recovery policy it wanted, do you think the economy would be as improved as the White House implies?

I didn’t hear the recent speech, but what I’ve heard [from the White House] through the years are policies that are very much consistent and compatible with supply-side economic thinking. Accelerated depreciation, for example.  If he wants to see businesses invested in hiring, [Obama] says, We’ll give them accelerated depreciation so they can write off in a single year the depreciation for investment in new capital! OK, but if the customers aren’t there, why are businesses who are sitting on record levels of corporate profits — and they’ve got cash sitting on the sidelines — why do you believe that they’re gonna go out and expand productive capacity, buy new machines, build new factories and so forth if the demand isn’t there? They won’t.

Are the solutions you think we should've adopted back in the beginning of the Obama presidency still relevant to the economy today? Would they still make a big difference, or is the context too different?

I don’t think there’s anything that beats a payroll tax cut or a full payroll tax holiday. The stimulative effect from a policy like that is pretty immediate and substantial ... It has almost the same effect as debt forgiveness. If you increase the income by 6.2 percent, so many of the Americans who are struggling with student loan debt, credit card debt, mortgage debt and so forth, you’re gonna use a substantial portion of that to pay down debt. So you’re getting that kind of both sides of the coin. You’re allowing people to deal with what remains a huge private-sector debt problem, and also for those who aren’t struggling with that, well, there’s the stimulative effect of increased income leading to increased spending.

One of the policies I push wherever I go is infrastructure spending. That’s one of those things that in the old days had broad bipartisan support. Both sides of the aisle understood that infrastructure is one of those things that government does. It was not considered a wasteful type of spending. ... The estimate now is that we need to spend around $3.6 trillion improving our nation’s bridges, levies, ports, water treatment facilities, hospitals, schools — the whole of our infrastructure. It’s $3.6 trillion of useful work, 25 million Americans who want full-time work and can’t find it, lots of spare capacity in our factories ... Plenty of raw materials, no inflation forecast, no problematic inflation forecast anywhere on the horizon...

There's no reason not to do it, except that everything has to be done in a revenue-neutral way now ... and all this nonsense that keeps us from doing what we should be doing.

One last thing: I've read in some places that the U.S. economy, despite just barely getting back to around where it was six years ago, is already due for another recession. Is that something you're worried about or is that not what we need to be concerned with right now?

Personally, I'm beginning to find my discomfort zone. I’m getting increasingly concerned. The reason is that the amount of fiscal drag that we are applying to the economy because of fiscal caps and the sequester. We’ve got austerity. We do. The deficit is falling faster than at any time since demobilization, and we know what happened after demobilization [following the end of World War II]: We went back into recession.

The contribution to the economy that was coming from the government running deficits has to be [compensated for] by something else, or the economy goes down. If we had a strong private-sector credit cycle underway, where households and firms were borrowing and spending to finance spending in excess of their current earnings, then we'd get growth, because it’s driven by the private sector. That’s fine — look what happened in the late ‘90s and early [aughts] ... the private sector ran the deficits, the public sector went into surplus, and ... we had strong growth, low unemployment, high productivity, low inflation; the whole Goldilocks economy thing.