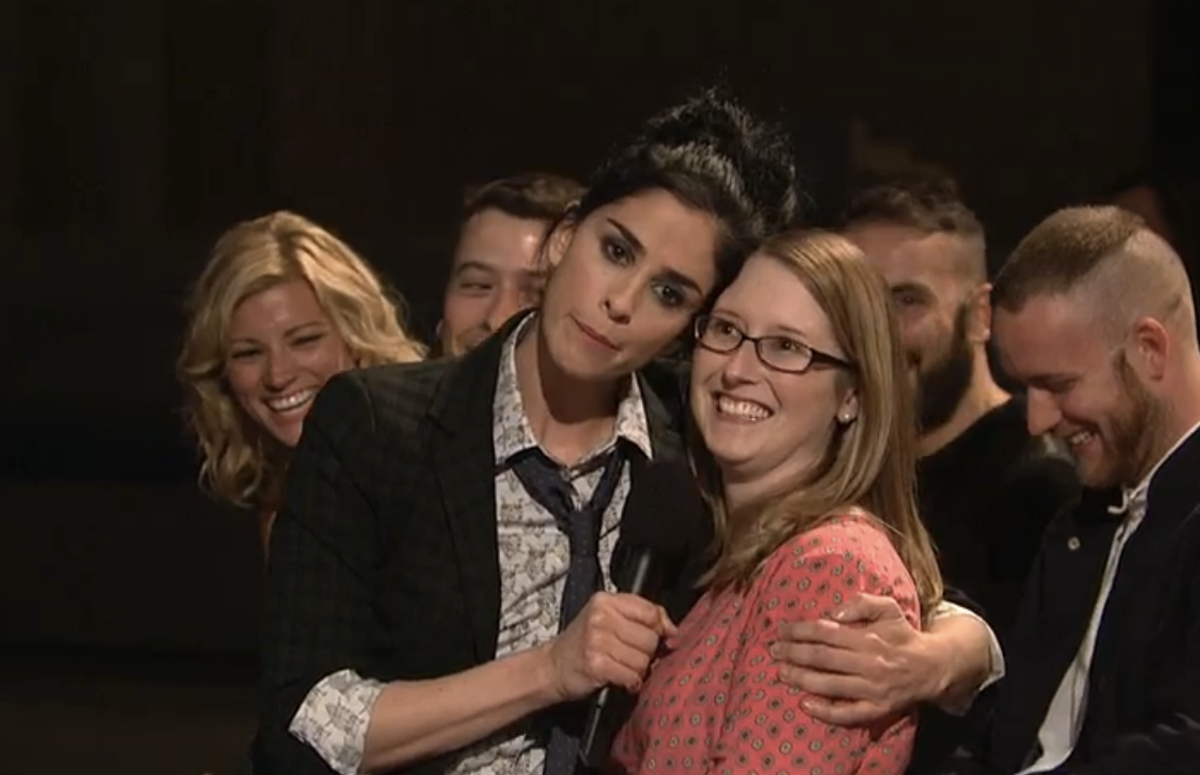 Sarah Silverman gets close with the audience (Screenshot/"Saturday Night Live")
--

Sarah Silverman made her hosting debut on "Saturday Night Live" this weekend.

In her monologue, Silverman not only snuggled with audience member Lindsay, she also encountered her younger self.

Silverman, as she explained to Seth Meyers on Thursday, had been an SNL writer and featured performer back in the '90s. Silverman performed as a fake audience member asking the host questions, among other small bits.

On Saturday, Silverman played both parts. Watch the hilarious monologue below: