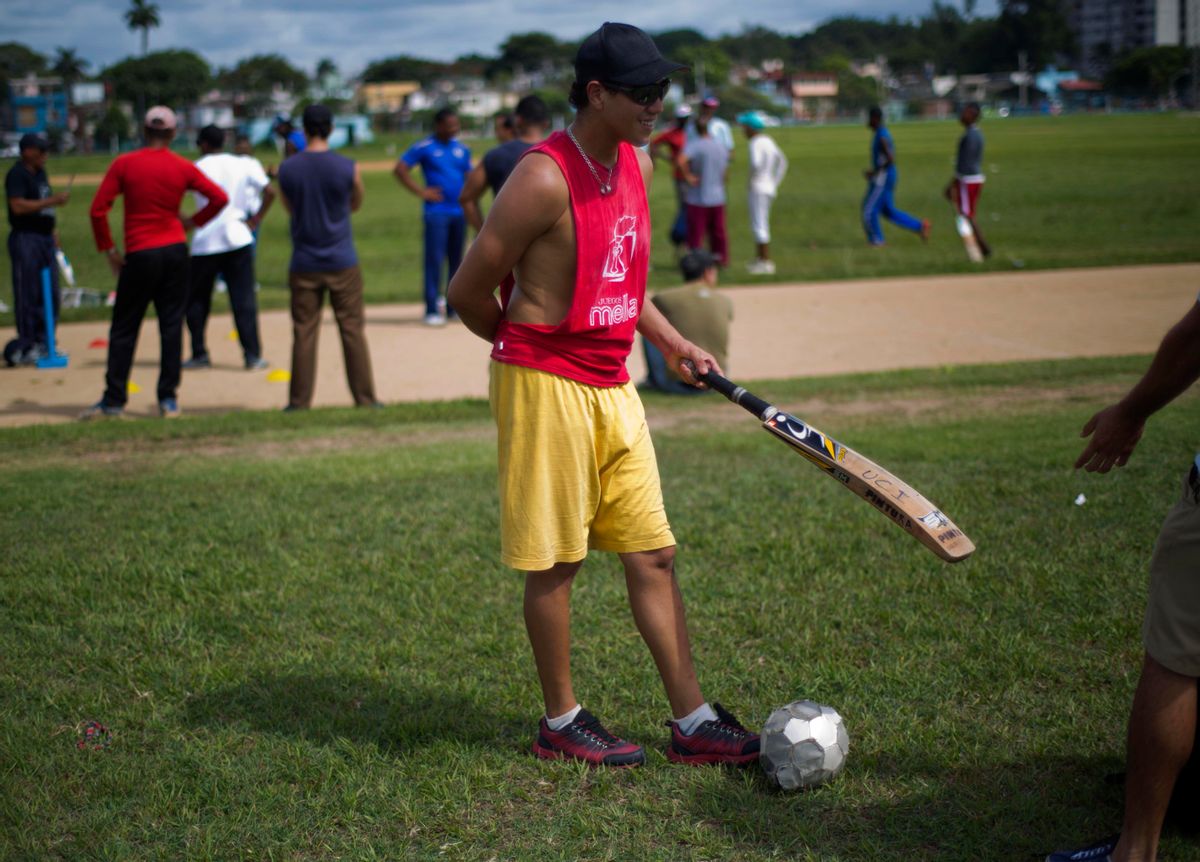 In this Sept. 24, 2014 photo, a cricket player waits his turn to play next to a soccer ball in Havana, Cuba, Monday, Sept. 29, 2014. Without a national tournament, Cuba has amateur tournaments between Cuban teams and teams of students from cricket-playing countries. (AP Photo/Ramon Espinosa) (AP)
--

1. FIFTH AMERICAN WITH EBOLA BACK FROM AFRICA

Ashoka Mukpo, who became ill with the disease in Liberia, is expected to arrive in the U.S. on Monday and will be treated at the Nebraska Medical Center.

U.S.-British scientist John O'Keefe and Norwegian husband and wife Edvard Moser and May-Britt Moser receive the prize for discoveries of cells that constitute a positioning system in the brain.

While schools reopen and civil servants return to work, a few hundred demonstrators remain camped out, vowing to keep up the pressure on the government.

4. WHAT ISSUE SUPREME COURT COULD TACKLE IN NEW TERM

The justices will have several chances in the coming weeks to accept appeals from officials in five states trying to preserve their same-sex marriage bans.

Turkish middlemen sold illicit fuel from oil wells in Iraq or Syria under Islamic State group's control until Turkish authorities cracked down on the trade.

The Artesia Family Residential Center is seen as a "deportation mill," where bail is set impossibly high and asylum claims are denied at a much higher rate than the rest of the immigrant population.

The government has a hard time translating its opposition to extremists into stronger legal tools that could stop suspected militants from traveling abroad.

Local boutique wineries mainly run by Christians have endured despite decades of unrest and the fact that Islam forbids both the production and consumption of alcohol.

Robert Morris, a not-for-profit university, believes League of Legends demands skills similar to those one uses on a football field and recruits students who are good at it.

10. WHO FIGHTS FOR FOOTHOLD IN CUBA

A tiny but passionate group of men is trying to win Cubans over to cricket, baseball's slower-paced, more courtly British relative.