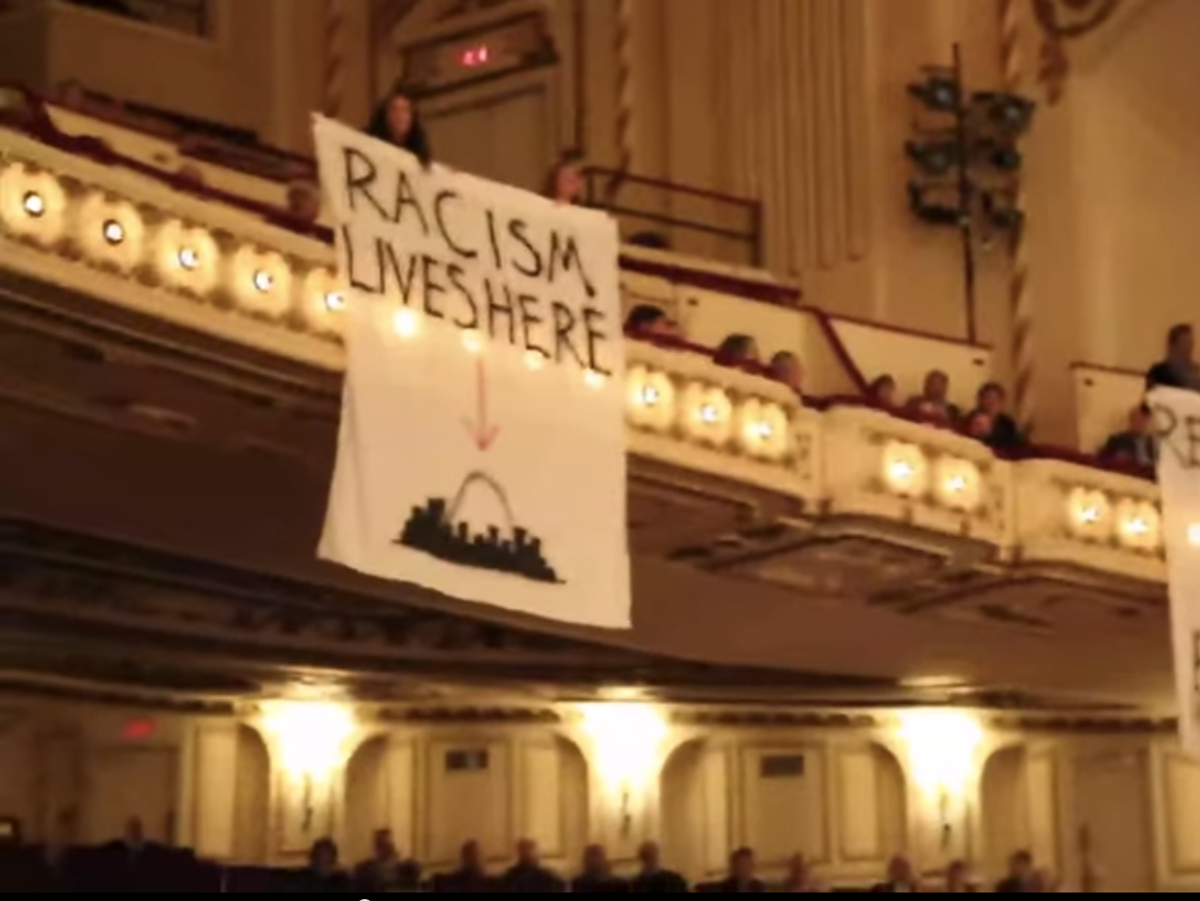 According to the St. Louis Post-Dispatch, the orchestra and chorus were about to begin playing Johannes Brahms' Requiem after intermission, when two audience members stood up and began singing the civil rights song, "Which Side Are You On?" They were joined by other protesters seated throughout the theatre.

The protesters then unfurled three hand-painted banners and hung them from the Dress Circle boxes. One banner listed the birth and death date of Brown, who was shot by Ferguson police Officer Darren Wilson on Aug. 9.

The five-minute interruption was met with a smattering of applause from some audience members, as well as members of the orchestra and chorus. Others simply watched as the orchestra remained silent.

SLSO publicist Erika Ebsworth-Goold said the protesters were paying members of the audience. She said they left the building peacefully.

Before leaving, the protesters scattered red paper hearts over the edge of the balcony onto the main floor orchestra seats. They read, in part: “Requiem for Mike Brown.”

In the video below, some audience members are visibly disgusted by the protesters, whereas others stand up and applaud.