After a string of polls showing the Republican leader ahead, a respected poll finds him suddenly behind 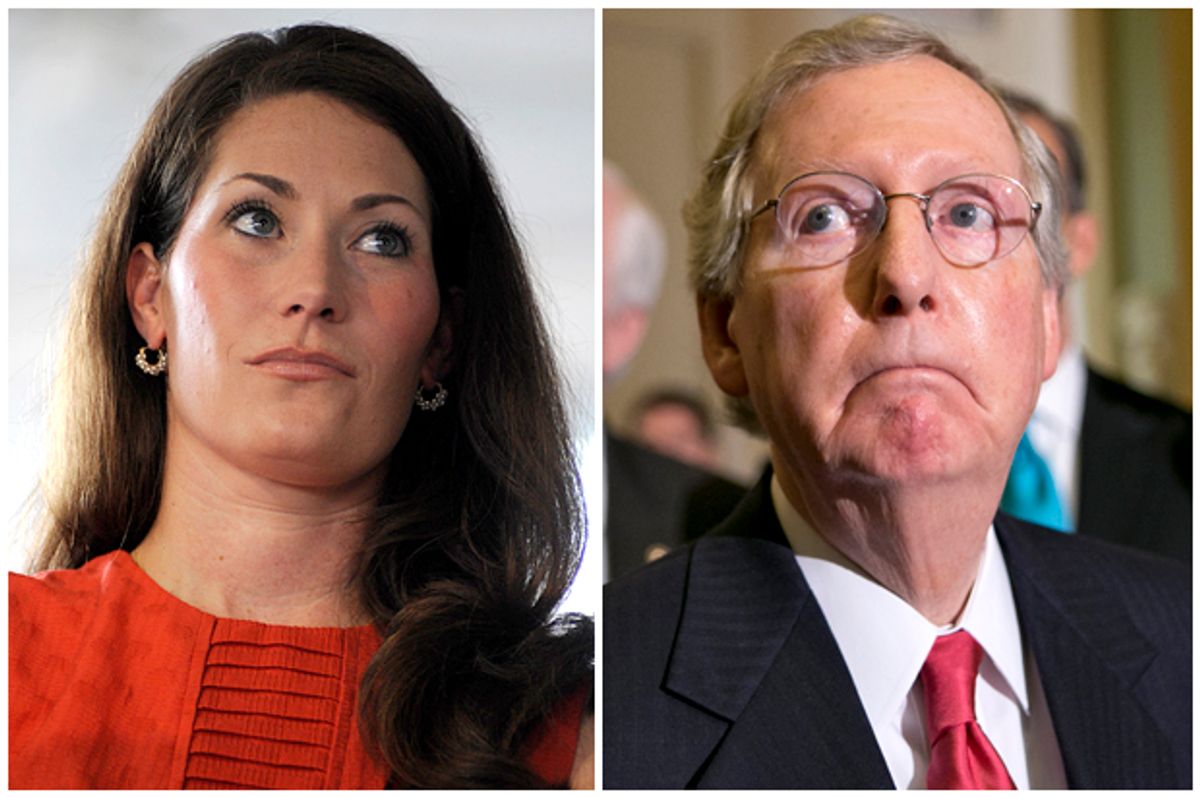 The poll gives Grimes a two point lead over the 30-year incumbent, 46 to 44 percent. That's within the poll's margin of error, but it's the first survey to show Grimes in the lead since early June, according to RealClearPolitics' database. Most recent polls have given McConnell, once seen as the most vulnerable Republican Senate incumbent, a lead in the mid- to high-single digits; the last Bluegrass poll put the GOP stalwart on top, 46 to 42 percent.

The latest survey may yet prove to be an outlier; a CBS/New YorkTimes/YouGov poll released just yesterday showed McConnell with a 47 to 41 percent lead; that survey, however, was conducted from September 20 to October 1, while the Bluegrass poll was taken from September 29 to October 2.

Determining whether the Bluegrass poll is an outlier or the beginning of a new trend will, of course, require more polling. But if Grimes has indeed managed to right her campaign's ship, observers may ascribe her improving fortunes to a widely-touted new ad featuring Grimes campaigning with former President Bill Clinton. While President Barack Obama is deeply unpopular in Kentucky, Clinton continues to benefit from a reservoir of goodwill in the state, which he was the last Democratic candidate to win in a general election. Politico reported Friday that former Secretary of State Hillary Rodham Clinton also plans to campaign with Grimes ahead of the November 4 vote.

Meanwhile, the Grimes campaign appears to believe that an ad in which the candidate fires a gun at clay pigeons as she trumpets her pro-gun, pro-coal views is shifting the tide in their favor: