Study: Rich give less to charity as low and middle income people give more

As the rich retrench after the Great Recession, less affluent citizens are giving more 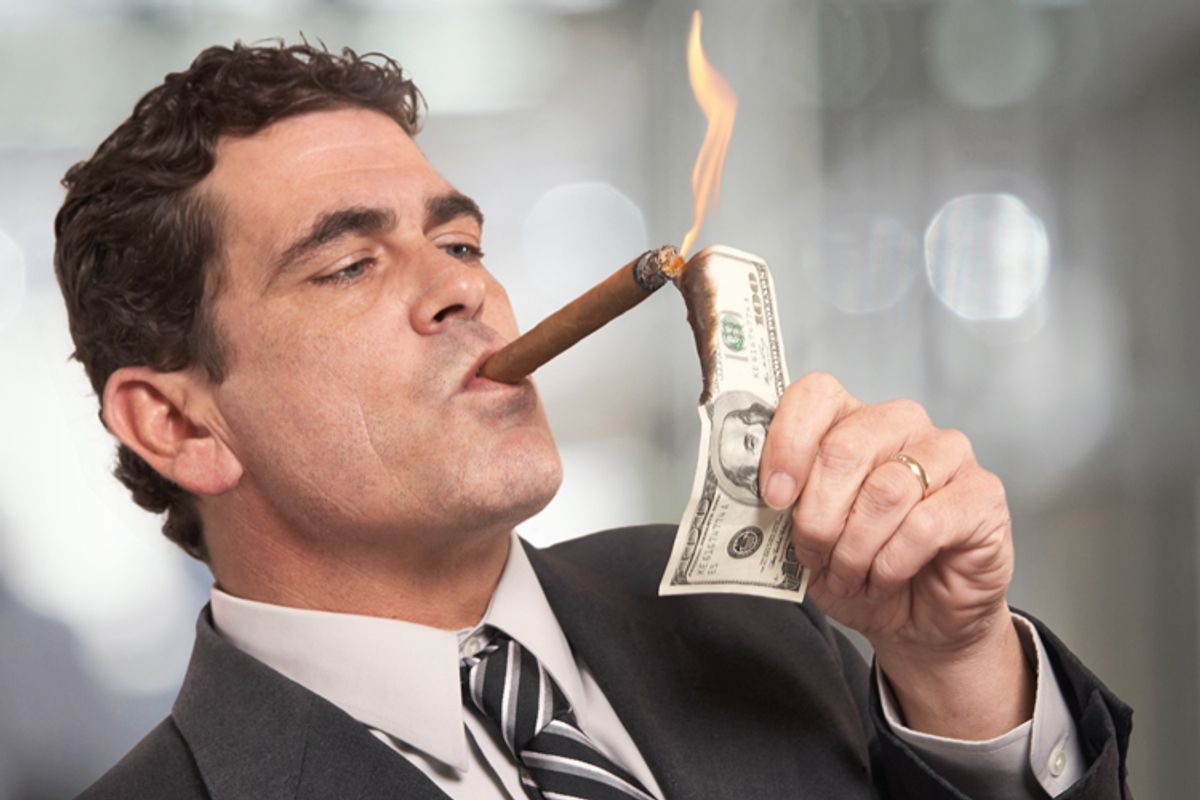 A new study finds that the nation's most affluent citizens are reducing their charitable contributions, while low- and middle-income people are donating more.

The study, from the Chronicle of Philanthropy, looks at charitable giving in 2012. Compared with 2006 -- the year before the start of the Great Recession -- Americans who earn less than $100,000 per year contributed 4.5 percent more of their incomes to charity that year. Meanwhile, those with incomes between $100,000 and $200,000 reduced their giving by 3.3 percent, and Americans earning more than $200,000 cut back their donations by 4.5 percent: As the Chronicle notes, lower and middle income people gave more despite watching their incomes decline from 2006 to 2012. By contrast, the wealthiest Americans saw their wealth and income soar in the recession's aftermath.

The latest study dovetails with previous findings about wealth and charitable giving. A 2012 study by the Chronicle showed that while middle income citizens gave 7.6 percent of their incomes to charity on average, the figure was just 2.8 percent for those earning more than $200,000 per year.

Given that the 17 most generous states in the study all voted for Republican nominee Mitt Romney in 2012, conservatives may depict the giving gap as an ideological one. But research shows that wealthy people are more likely to be generous if they live among less affluent people. Democratic strongholds like New York City, Washington, D.C., and San Francisco, however, are among the most income-segregated cities in the country.