The comedian mocks the stigma that surrounds the deeply politicized word 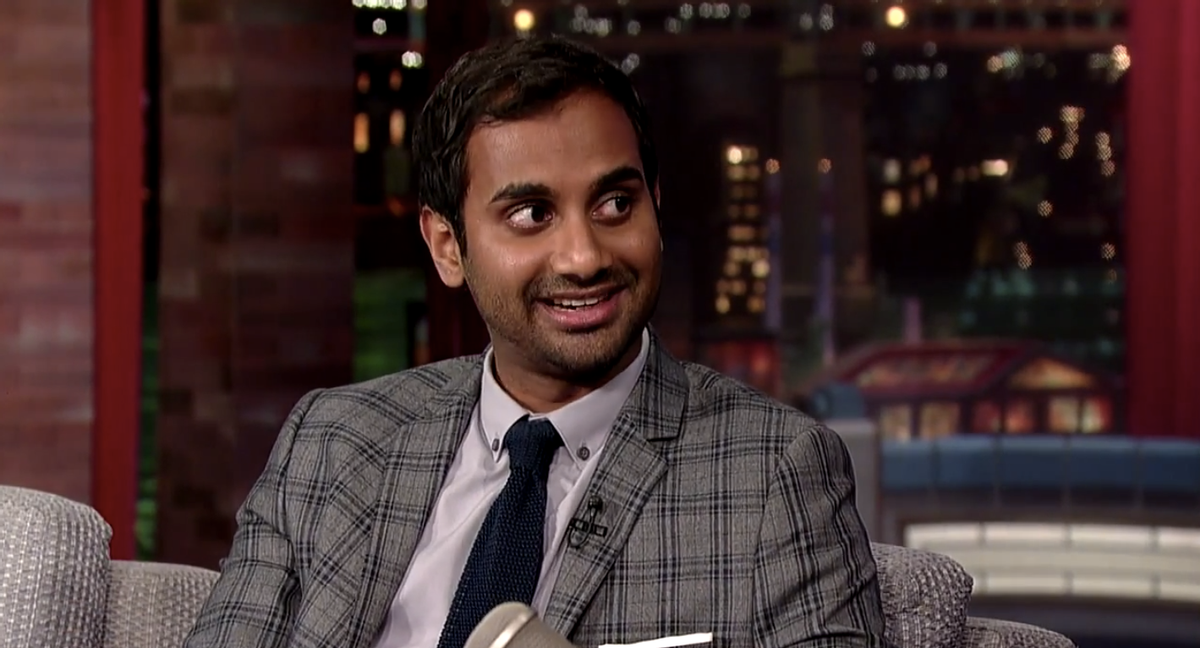 It's so nice to hear that Aziz Ansari, a comedian so frustrated by the rituals of modern dating that he is writing a book about it, is in a stable and loving long-term relationship. What's even greater to hear is that this lovely lady friend is a "big feminist" and has turned Ansari into one, too (or at least made him think more critically about the issue).

Ansari talked about feminism with "Late Show" host David Letterman on Monday night, riffing on why he thinks the word gets stigmatized and why that's a silly excuse to not call yourself a feminist.

"So, I feel like if you do believe that, if you believe that men and women have equal rights, if someone asks if you're feminist, you have to say yes because that is how words work," he says, joking, "You can't be like, 'Oh yeah I'm a doctor that primarily does diseases of the skin.' Oh, so you're a dermatologist? 'Oh no, that's way too aggressive of a word! No no not at all not at all.'"

His other litmus test for knowing if you're a feminist: Going to a Beyonce/Jay Z concert and not expecting Beyonce to make Jay a steak or to earn less.